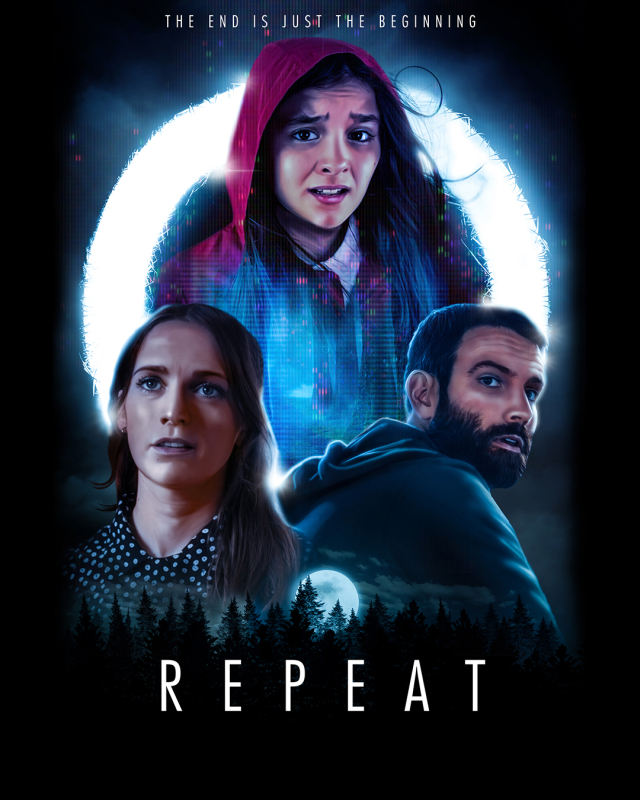 Academic Ryan Moore (Tom England) is becoming obsessed with his research project, to the detriment of his wife Emily (Charlotte Ritchie) and young daughter Sam (Ellila-Jean Wood), not to mention his own career (his friend and supervisor is attempting to cover for him, but he can only do so much, especially when it is clear Ryan’s not really listening to his concerns). We can see right from the start that he’s going off the rails somewhat, when he and an assistant have one of his students over to volunteer as a test subject in an experiment using a lash-up of different pieces of equipment in his garage – this is not how approved research works in academia, especially any involving volunteers. The poor girl is clearly nervous and Ryan is simply not giving her much information as to what the experiment involves, nor what potential risks may be involved, all very serious disregarding of the protocols for academic research (even at graduate level you get this drummed into you), and his repeated “don’t worry about it” and “that’s alright” ring hollow right from the start.

It’s a good way to introduce him and his work though, as the viewer can see right away that Ryan’s project is pushing him to ignore all the normal guidelines for safe research, in addition to neglecting his teaching duties and his family obligations, and we all know that little good usually comes from that sort of obsession. But what is it that is driving Ryan? Well, the thinks he has found a way, using technology, to communicate with the dead – long the stuff of (frequently discredited) seances, spiritualism and mediums, he is trying to make it happen using science and technology. People are understandably pretty sceptical, until a few attempts seem to be proving that he may just be correct – the volunteers are asking questions, and the answers coming back would seem to be ones only the person asking and their deceased loved one could be aware of. 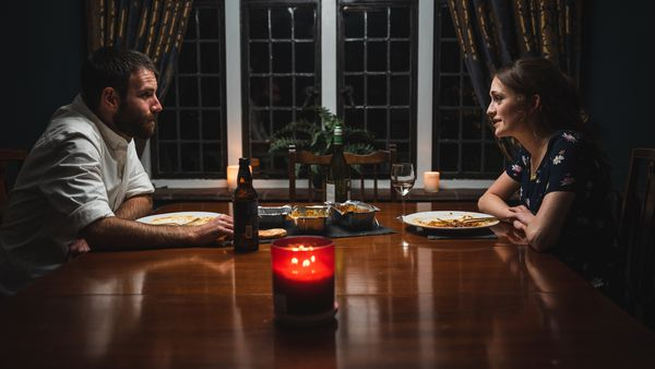 Of course, as Harry Houdini once proved repeatedly, and others have since (the late Great Randi springs to mind) have debunked such post-mortem contacts as just elaborate tricks, using the same stagecraft and misdirection as many a stage magician does. And yet Ryan is no stage illusionist, and it is starting to look like perhaps he is somehow breaking through the barriers to the realm of the dead. Or is he? Where exactly are the people he is speaking to? They often seem to be confused, stating that they can’t see anyone, that they feel as if they have been asleep, that everything is dark. Has he really tapped into some sort of dimension where we go when we die? Do we really want to know what it is like, if he has? Will we like the answers?

Added into this and the ongoing problems his obsessive work has created at his college and with his wife (they are attending couples therapy) is the fact that Ryan and Emily’s young daughter Sam has vanished – she was seen speaking to someone outside the school gates one evening, an evening Ryan should have been there to pick her up but was too busy with his work. And she has since vanished without a trace, the police unable to find any clue of her whereabouts or her fate, but the inference being that she is more than likely dead. If she is, could he contact her? Could he assuage his guilt at not being there to pick her up by asking her what happened? Would any of this even help now? 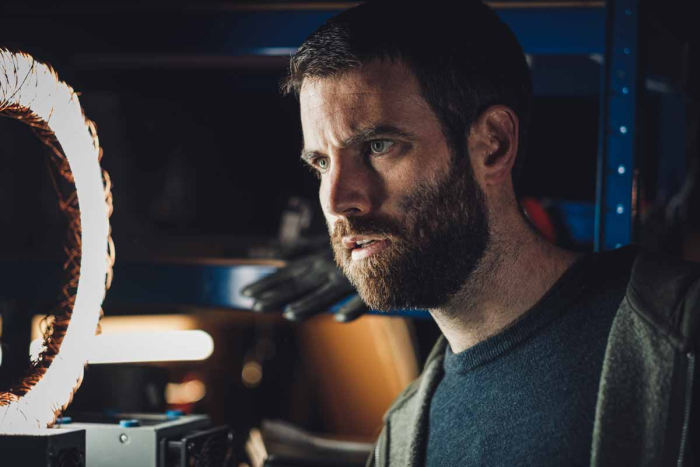 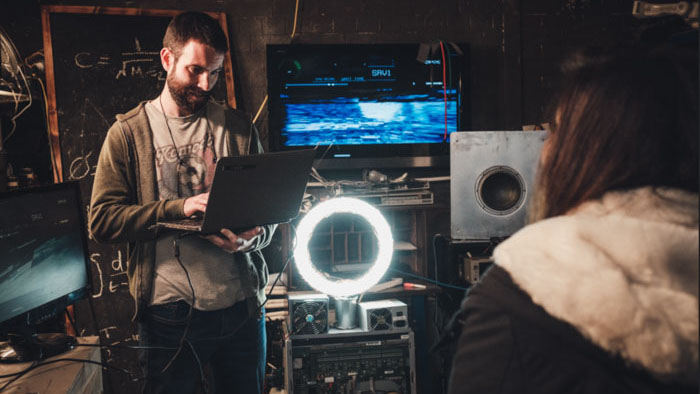 While there were some problems with this, such as the timeline jumping around a bit and not always being very clear (although this may be partly intentional as the narrative has a looping structure around its events), and what I would consider plot holes (an explanation given later would seem to stand in contradiction to what happened earlier, but I can’t go into that without spoilers), and of course the whole thing is operating on a tiny budget, so much of it takes place in a handful of locations with a few main actors (others, like Nina Wadia do appear but only fleetingly, although very effectively on an emotional aspect).

But these are small niggles – overall I found this very intriguing, and given the scant resources available to the film-makers I’m impressed with the ideas behind this. Like Indy SF classic Primer, which I first saw at the Edinburgh International Film Festival years ago, this doesn’t have big budget or names, so instead takes an intriguing central idea then runs with it, and it’s a fascinating one that has the potential to open all sorts of questions if true. A clever little slice of Indy SF film.