Love this photo of the first lady of Star Trek, Nichelle Nichols, with President Obama; nice to see he can do the Vulcan salute too, I suspect his predecessor Dubyah was still struggling with the notion of opposable thumbs too much to be able to do that. I wonder if he asked her about her encounter with Dr Martin Luther King Jr and how he told her to stay on the original show in the 60s even though she felt her character didn’t get many lines because just having a black face – and a woman too – on prime time TV in the US during that turbulent era, let alone one who was a senior bridge officer, was an important, viisble role model for young coloured Americans. And you didn’t say no to King. (via FP blog via Live for Films) 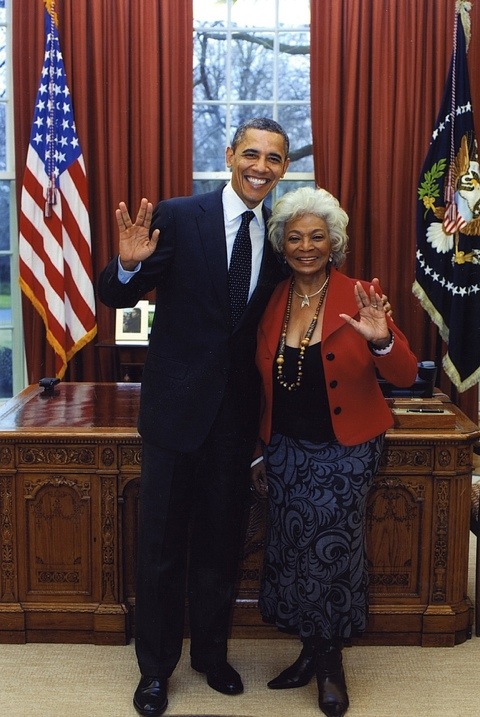