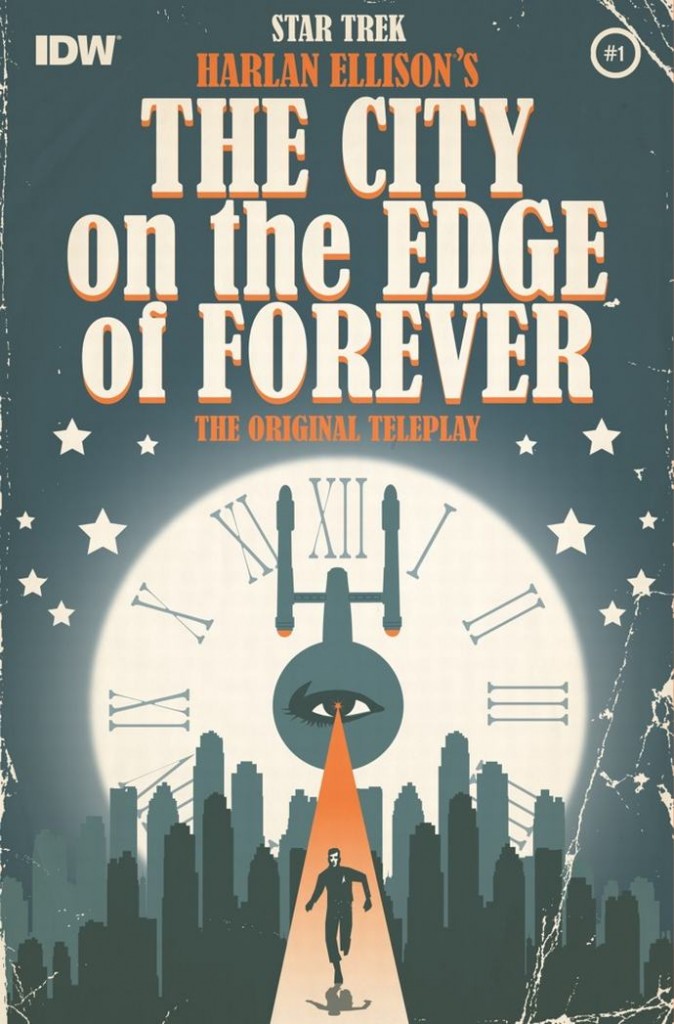 “Space: the final frontier. These are the voyages of the starship Enterprise. Its five-year mission: to explore strange new worlds, to seek out new life and new civilizations, to boldly go where no man has gone before.”

When I first heard these now iconic words I was just a little boy; it was the mid-70s and we didn’t have the multi-channel reams of telefantasy let alone online works we enjoy today. But alongside the small amount of home-grown science fiction on the telly back in that age of “stone knives and bear skins” we also had this wonderful, colourful import of a US show, a huge starship on a noble mission to explore and learn, crewed by men and women of all colours and creeds – some of them even alien – it was good science fiction and drama and also trying to paint an optimistic view of what our future could be. I loved it. It was, of course, Star Trek. The show that too many grew to love for it to ever die.

I had no idea it hailed from the late 60s when I first saw it being repeated on the BBC as I sat and watched it with my parents, it didn’t matter really – while the odd episode is very much of its time (think the now embarrassing ‘space hippies’ episode) most of it holds up well, even now, decades on. Several episodes in particular still stand out some half century on for their clever use of science fiction, drama and emotional content; a good story, well told, is a good story in any century. And among the most notable episodes any version of Star Trek every aired, City on the Edge of Forever by the great Harlan Ellison must be the most respected (also one of the few to win a Hugo award). I’ve seen the episode numerous times, I even still have the ‘Fotonovel’ from the late 70s of that episode (one way to revisit an episode in the days before home video – here’s my pic of that old, dog-eared copy, still on my shelves today). But Ellison always maintained that his original idea was much more complex and intriguing than the version that was chopped and edited and changed to suit a television production schedule. And most of us who have read Ellison – and that episode was my introduction to this remarkable spinner of words, another reason to love the show – believed that and wondered what the Ellison draft of that story would have looked like, in another time and place, perhaps in a mirror universe.

Or perhaps in that alternate reality space we call comics… 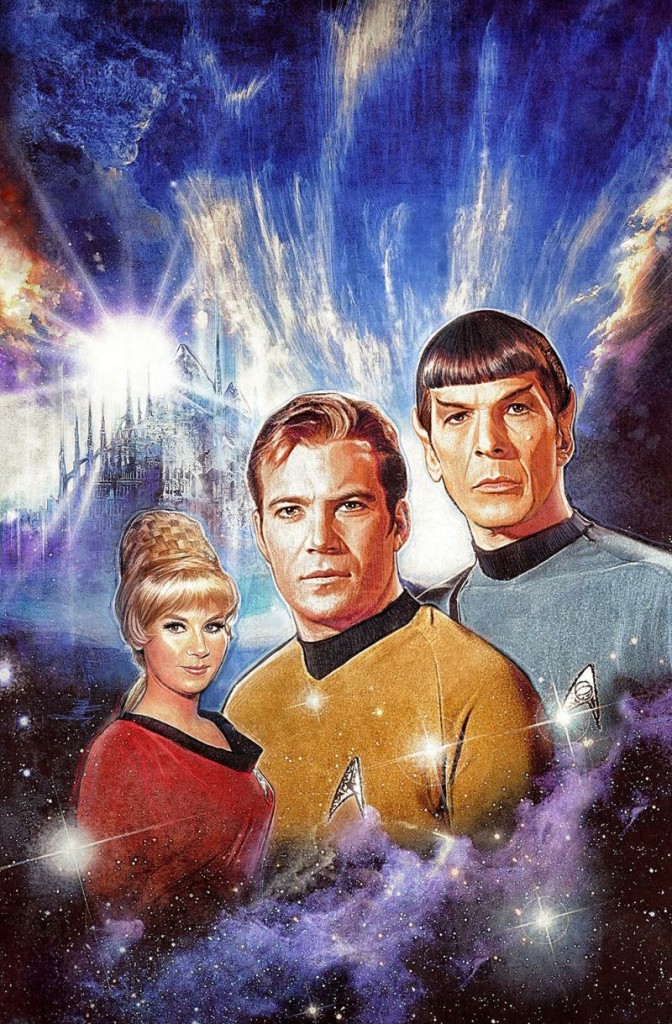 And that’s what we get here as Scott and David Tipton, with art by JK Woodward, adapt the mighty Ellison’s original teleplay – the story as the original creator envisioned it, and as a bonus visualised here with the magical ‘unlimited budget’ which a comics artist can supply, rendering visualisations well beyond the basic special effects the 1960s could have supplied in the actual show (not to knock those, though, like the stories some still hold up well for their time and budget). Some very fine science fiction art by Woodward, who also balances the not inconsiderable task of capturing the familiar likenesses of the Enterprise’s crew and sets. 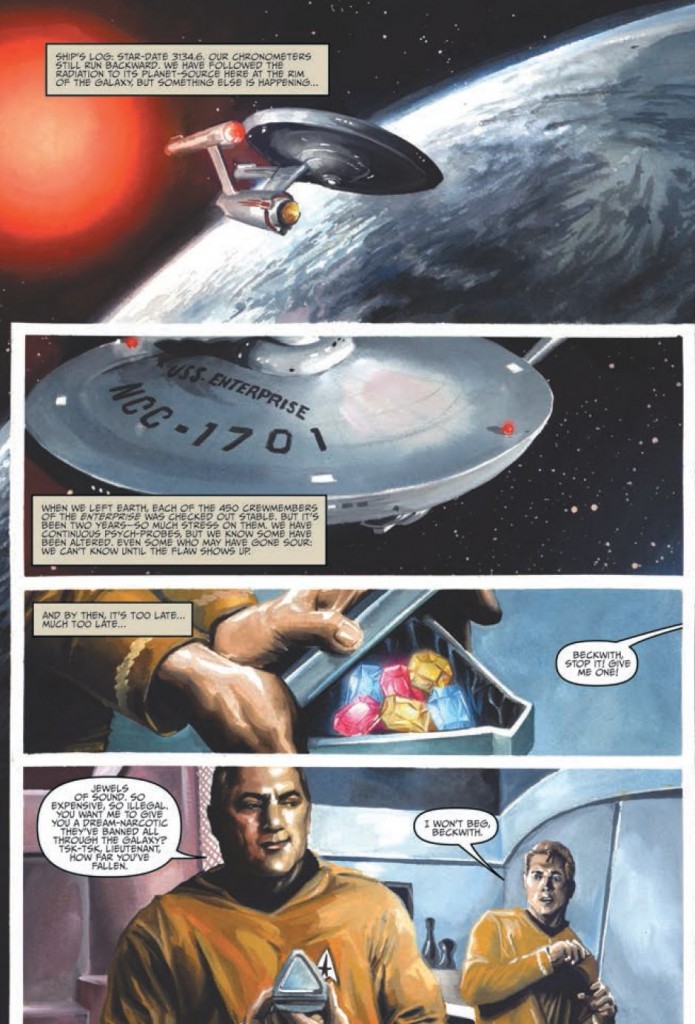 Looking at this first issue and the essential main idea of the story is familiar from the broadcast version: the Starship USS Enterprise is far, far from home, on the edge of the galaxy, and she detects strange anomalies on her sensors – perturbations in the fabric of time itself, and a seemingly desolate, dead and ancient world is the centre of it. On beaming to the surface Kirk, Spock and company find the source of these strange readings, an energy vortex which is also a way of looking into the past and future, as well as a potential gateway.

How we get to that point, though, is somewhat different – in Ellison’s draft the crew is not merely exhausted by years of deep space exploration and the danger which comes with it, some are starting to crack, despite the best of training and supervision by the medical staff; there’s no way to anticipate these breakdowns after so many years of continual stress. And one lieutenant has developed an addiction to a strange, alien narcotic, a sort of jewel which is ingested, and one crewman is quite happy to supply him with his fix – as along as he gets certain perks in turn, because this man, Beckwith, sees the voyage purely as a way to advance himself. Any chance to meet new species for him is not for knowledge but how he can barter for technology, artefacts or narcotics than he can peddle and exchange for his own enrichment. And it is the odious, unscrupulous Beckwith, at last confronted by his drugged-out officer finally coming to his senses and trying to report him, who flees the ship, not, as in the televised version, Doctor McCoy, temporarily unbalanced by an accidental injection, beaming down to the strange world below, pursued by the crew, leading them to this temporal gateway.

I can see why Rodenberry in particular may have objected to some of this – character flaws like drug addicted officers and villainous crew members out to make a buck any illegal and dangerous way they can (it is hinted a previous trip to a planet by Beckwith lead to deaths) doesn’t fit in with his vision of how the Federation or humanity was meant to be by the 23rd century. But it does make for a more biting drama… There are other changes here – multiple Guardians instead of one, the time vortex itself more imaginative than the one the show had (again though some of that was editing changes to Ellison’s draft some elements like that would always be constrained by budget and effects tech of the time no matter what), and instead of a few ruins and talking gateway we actually do have a literal city on the edge of forever. This original version also, even in just this first issue, starts to gives us a bigger, more complex view of the Guardians and the nature of time as presented here, not to mention the dangers travel into the past can create. All of us who love science fiction today are well schooled in the “do not interfere or change anything” rule should we ever, however unlikely it may be to happen, find ourselves transported into history. This is one of the landmark time travel tales that set down those warning rules and the consequences if they are ignored. 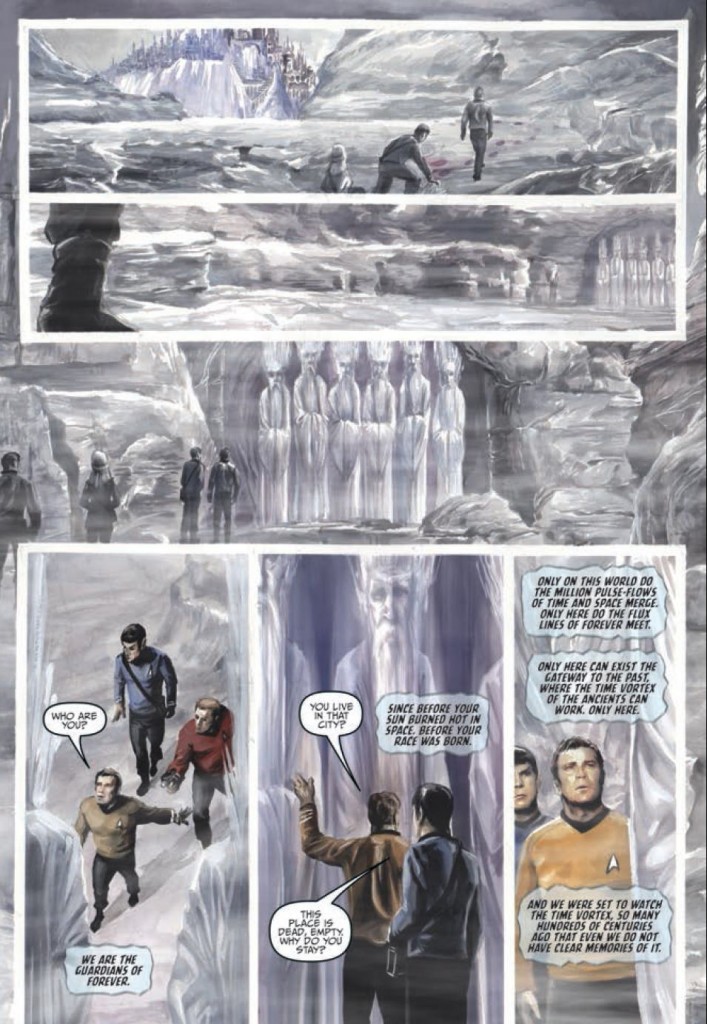 Would it have made a better television episode this way? Perhaps, but also perhaps the tone here is, as I commented earlier, just not quite what 60s Trek was aiming for. But does it make for a fascinating new angle on a classic science fiction tale? Oh yes, my pointy-eared friends, it certainly does. I was genuinely crestfallen when I reached the end of this – the end, already? More weeks to wait for the next part? That’s a measure of how quickly this hooked me in, even with my familiarity with the original tale I was utterly engrossed in this version of Ellison’s tale and I cannot wait to read the rest of the issues. A compelling new perspective on one of the finest Star Trek tales of all time and one of the quintessential time travel stories of science fiction, from one of our most intriguing writers (and if this introduces Ellison – no stranger to the comics medium – and his writing to you then so much the better). And the questions and moral dilemmas raised by City on the Edge of Forever remain thought provoking, or, to use the old Vulcan phrase, “fascinating”. 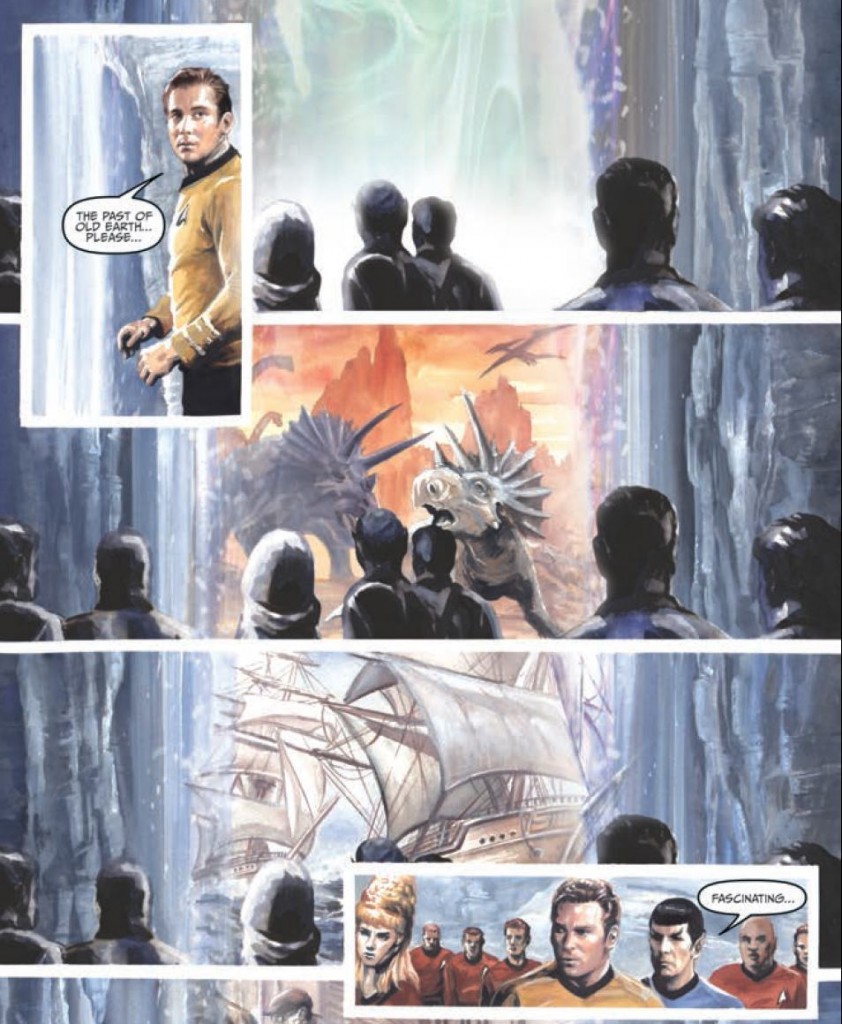 This review was first penned for the Forbidden Planet Blog