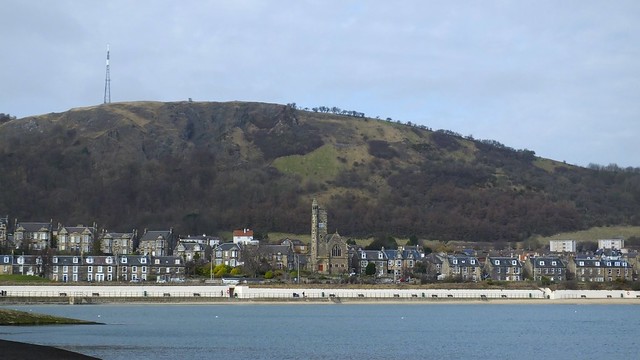 Since I have a few days off to use up, I took the train up the coast, crossing the mighty Forth Rail Bridge and round the coastal rail route to get off at Burntisland for a wee while. The railway runs right by the beach there, on a raised embankment above the promenade and the beach (quite a bit of this line hugs the Fife coast so you get some good views on your trip). There are tunnels under the line leading from the parkland behind it to the promenade. 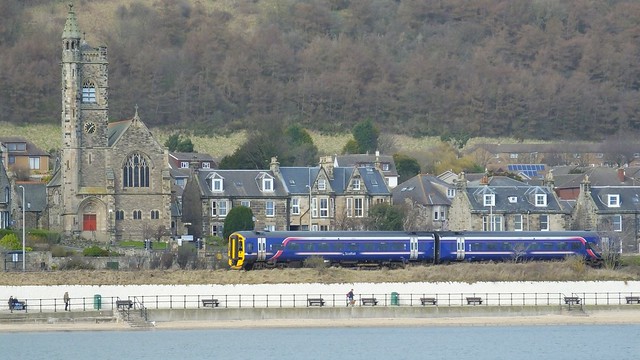 Being early afternoon on a weekday in March it was pretty quiet, mostly either parents with very young kids or senior citizens and the odd dog walker – tends to be a bit busier in the warmer weather of spring and summer! 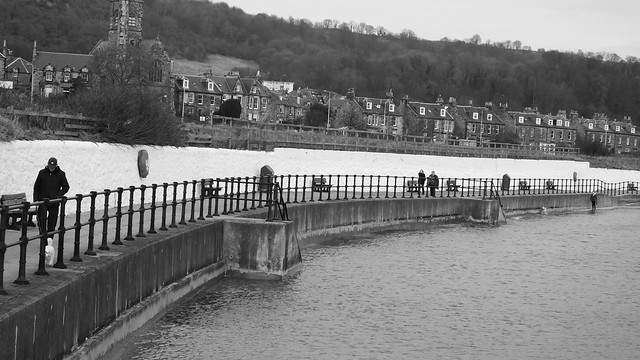 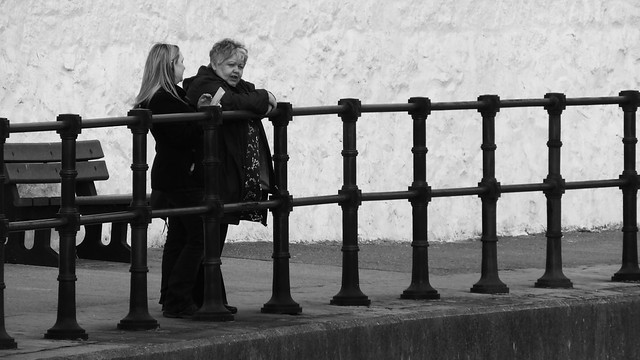 Standing out (braving some seriously heavy wind, especially in an exposed position!) on a jutting bit of headland that projects out by the bay where the beachfront is I could just barely make out the volcanic bulk of Arthur’s Seat in Edinburgh across the Firth of Forth, but it was too hazy to get a decent shot. Looking up river the haar had settled in too, and the bright light had turned grey (one of those days of sun, overcast, sun, overcast, always changing), and the bridges were barely visible through the mist and haze, although the iconic shape of the Forth Rail Bridge (often just referred to around here as “The Bridge” and everyone knows you mean the rail bridge and not the nearby road bridges) was just apparent, the diamond-shaped cantilever section like the humps of some vast sea serpent rising from the waters. Here you can see it and the 20th century suspension road bridge a bit further behind it, although the new Queensferry Crossing, now almost complete, is hidden by the mist. In the foreground you can just make out Inchcolm and the shape of some of the buildings on this island’s 12th century abbey (which you can visit via a Forth cruise – well worth the trip): 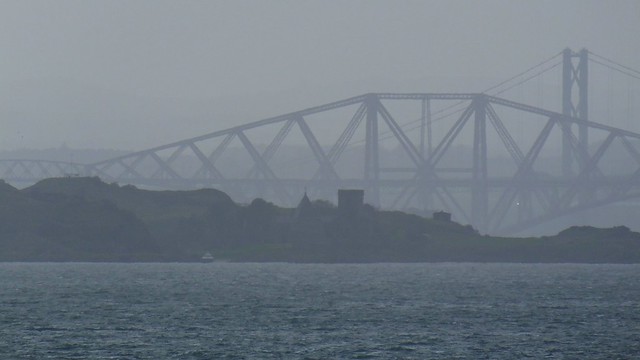 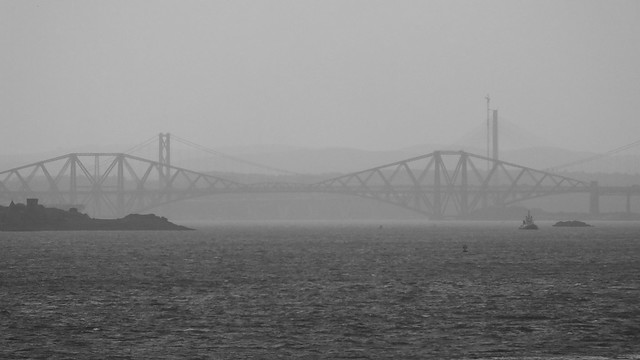 On the ride home I decided to jump off at North Queensferry for a while before heading back across river to Edinburgh, and walked down the steep slope to where the village nestles around the northern base of the Forth Rail Bridge, right by the banks of the Forth. 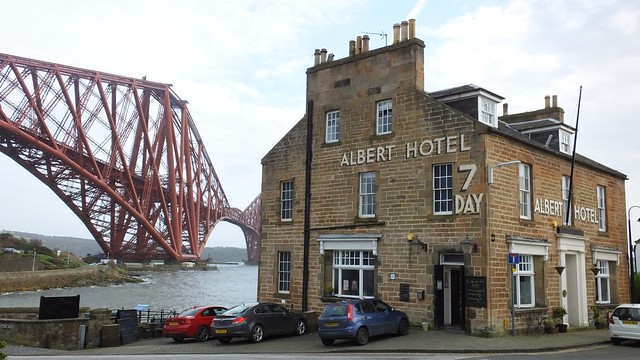 At this side of the river you can walk right under the end of one of the vast “diamond” shapes of this massively over-engineered cantilever structure, and despite the now bitingly cold wind it was worth the chill to walk down by the lapping waters of the Forth past this iconic piece of engineering that has become a landmark. 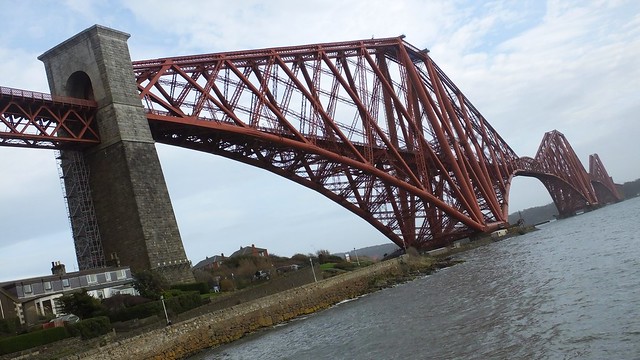 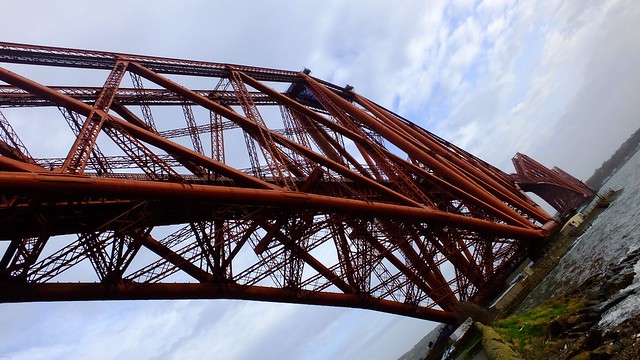 This was the view standing right under the northernmost diamond, looking straight across the river through the Meccano Set of girders – you can see the next diamond shape behind it through the forest of red steelwork: 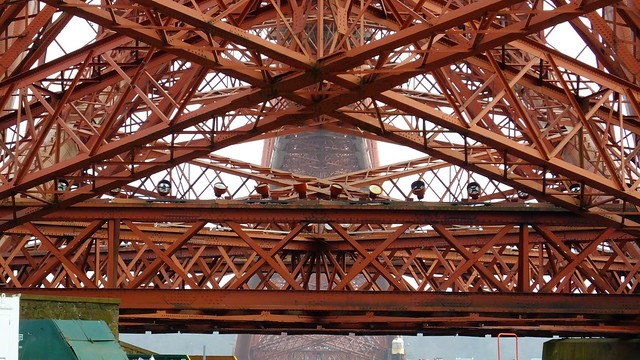 It’s a massive Victorian structure, hugely over-built (a reaction to the earlier failure of the Tay Bridge), and you know it is large, I mean you can see if from parts of Edinburgh for goodness sake, you can see the top parts of the diamond shapes from the main Edinburgh-Glasgow railway line. But there’s nothing quite like going underneath a structure like this to really get a sense of the sheer size and strength of it. It’s like standing under the Eiffel Tower, but turned on its side. Magnificent piece of history and engineering.