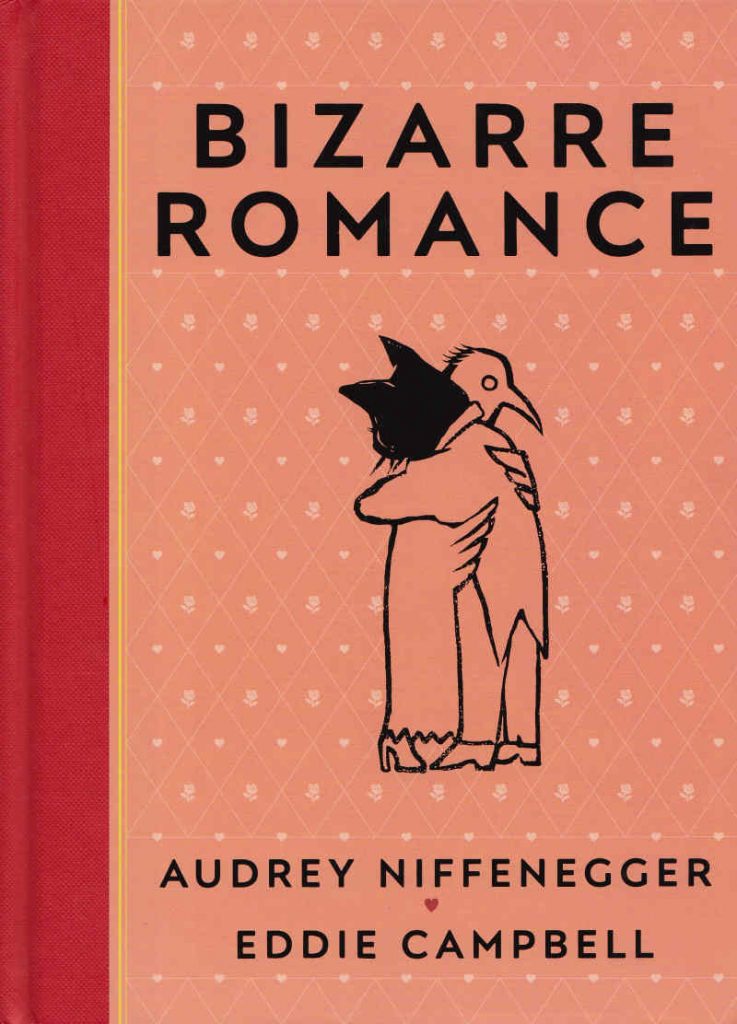 I would happily read any book from Audrey Niffenegger or Eddie Campbell, so you can imagine my delight when a book collaboration by both of them turned up in the Blogcave, a collection of short stories on themes of relationships and love, some prose with illustrations, other short comic strips. As with any collection there are always stories that you like more than others, such is the nature of individual taste, but I can honestly say that while I did have my favourites, there really isn’t a tale here that I didn’t enjoy. In fact even the introduction is enjoyable here, as the pair relate a little of not just this their artistic partnership, but their real-life romantic one, once a tentative, very long-distance relationship, then full-blown romance and marriage: “now we are living happily ever after.”

That fairy tale phrase in the introduction is perhaps setting a bit of a tone – quite a few of the stories here have the scent of the fairy tale around them. Some fairly obviously are modern tales riffing on older fairy stories, such as RoseRedSnowRidingBeautyShoesHoodSleepingWhite, which starts with a sister and brother trying on last minute ideas for Halloween costumes in a store, a single splash page of the pair in front of the dressing room mirrors, costumes hanging from the racks, full of colour and hints of a chance to be someone else, at least for a while (it’s also, to those of us of a certain age, reminiscent of the start of Mr Benn’s adventures in the old kid’s animated series. And just like Mr Benn Roselyn is whisked away on a magical adventure, via the age-old portal of the mirror (reflecting surfaces long a gateway to the Otherworld). Faeries appear in other stories, with their own sneaky agendas, as the Fair Folk usually have. 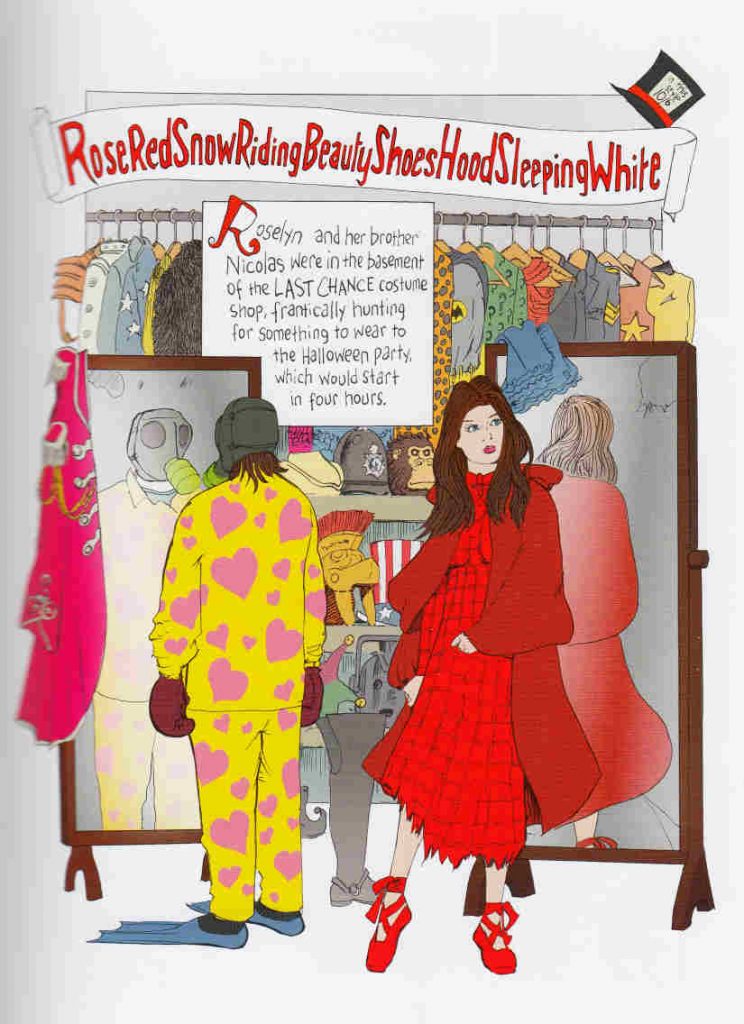 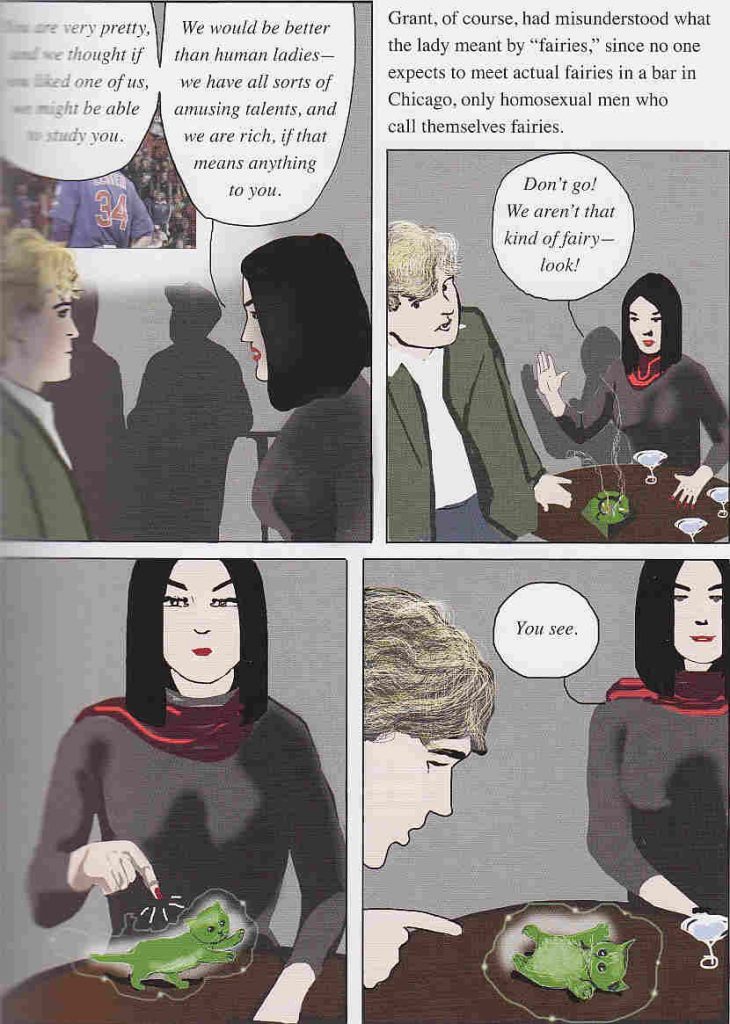 Felines feature several times – Secret Life, With Cats is a short prose tale with illustrations, this one less about grand romantic love and more the warm companionships we can form, with other people and with our furry friends (and they with us, in their own manner, of course), while Digging Up the Cat is a short comic strip meditating on family, on home, on moving, on growing up, on parents getting older and of the furry members of our family, while another tale ponders the parental-child bond and the elements that changes as both grow older (and the elements that never change, no matter what our respective ages, if we are lucky). 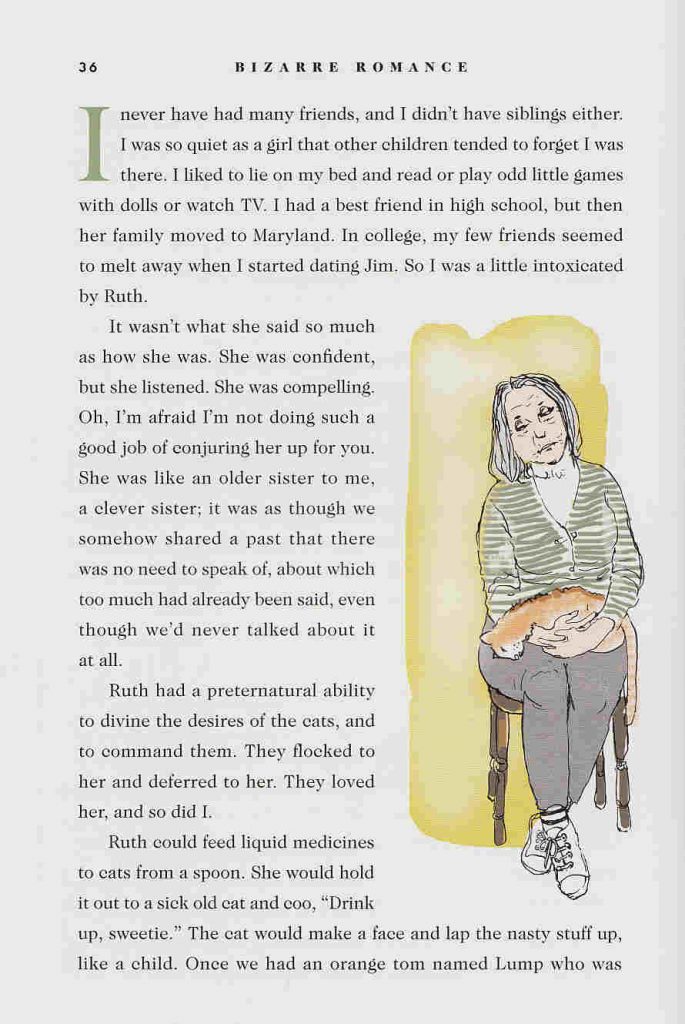 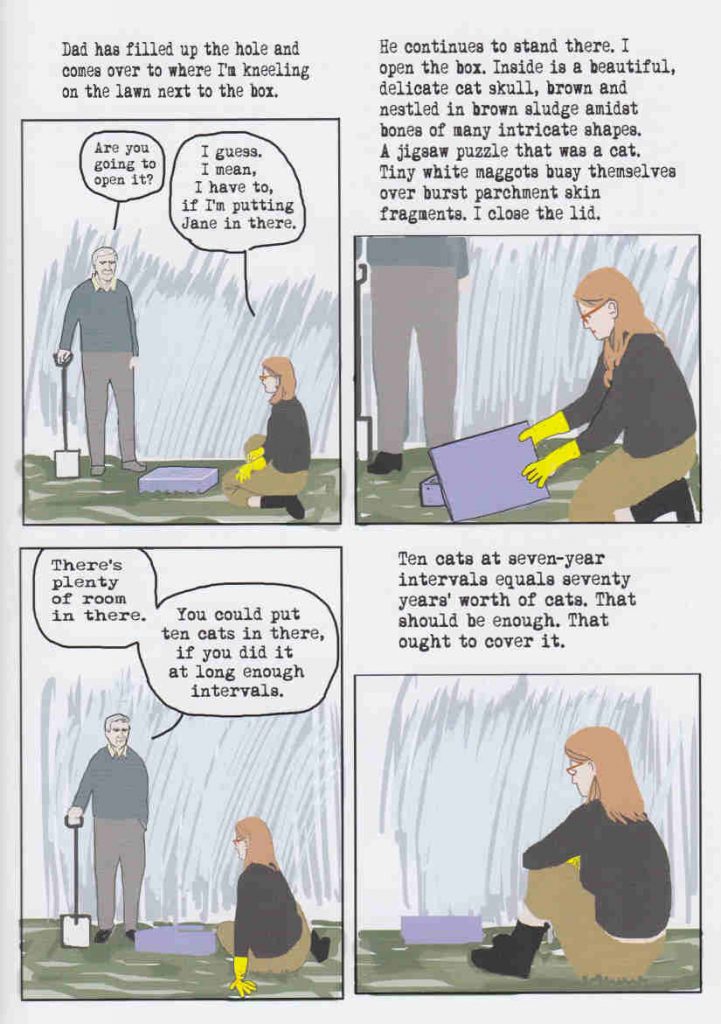 Motion Studies plays with the still-fascinating early photographic studies of Eadweard Muybridge which showed, as if by magic, the range of human and animal motions caught frame by frame (long, long before the Matrix’s clever “bullet time” method of multiple cameras), and allows Eddie to frame the strip like Muybridge’s famous photographic studies. The model, Blanche, normally poses for the life classes in the art school, the students trying to translate her likeness through mind, hand and brush, “to transform her into art”, but here Muybridge seeks to capture her exact image in slivers of frozen time, turning, rising, bending. Brand-new science which appears as magic, and yet both her appearances as artist’s model and as photographic subject are re-rendered here as comics artwork now, another transformation (are any of them really true representations of her or does each capture just a facet?). I found this one particularly fascinating, visually, the peculiar Muybridge with his still-compelling imagery and new way of looking at people, animals, the world, science and art and magic. 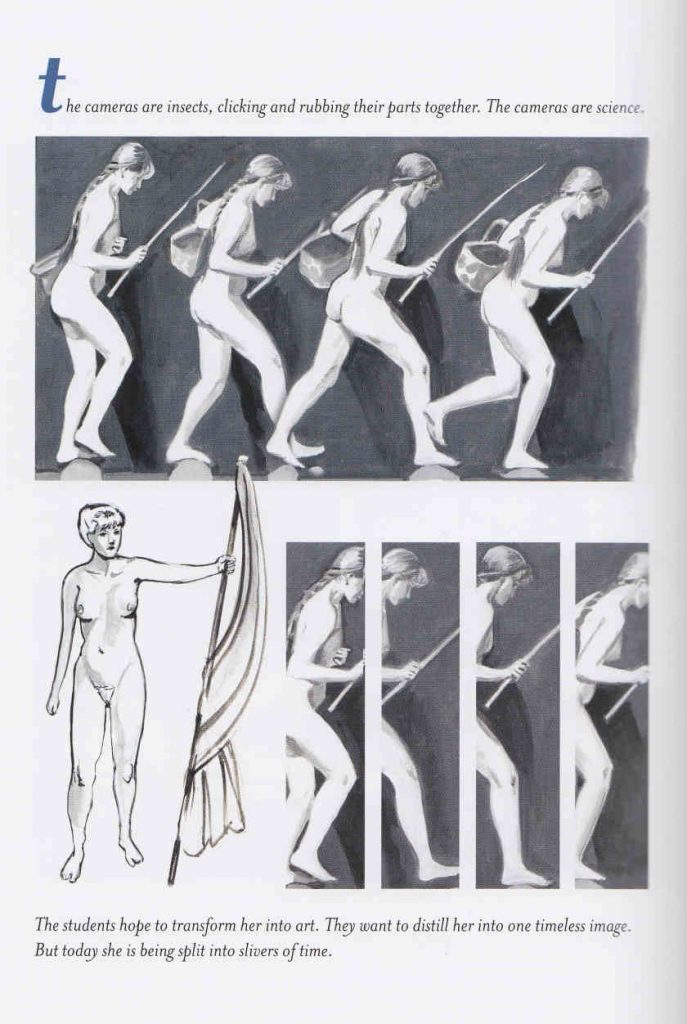 There are thirteen tales, all told, and I’m not going to go into the rest here because one of the joys of short tales is that you briefly immerse yourself into another world, or see through other eyes, but their very brevity means it is far, far too easy to spoil an important element in a review, and I really don’t want to do that. The stories rotate around love and loss and grief and joy, but there is a quite delightful playfulness running through them all, a deft lightness of touch, such that even the stories that have sadness in them are never maudlin or overly sentimental but leave you with a warm feeling. Bizarre Romance is an utter delight, an artistic collaboration between two writers and artists, not just of great storytelling skill, but who are, quite clearly from that lovely, warm, light tone, sharing a very good space together, and that warmth permeates the stories quite beautifully. 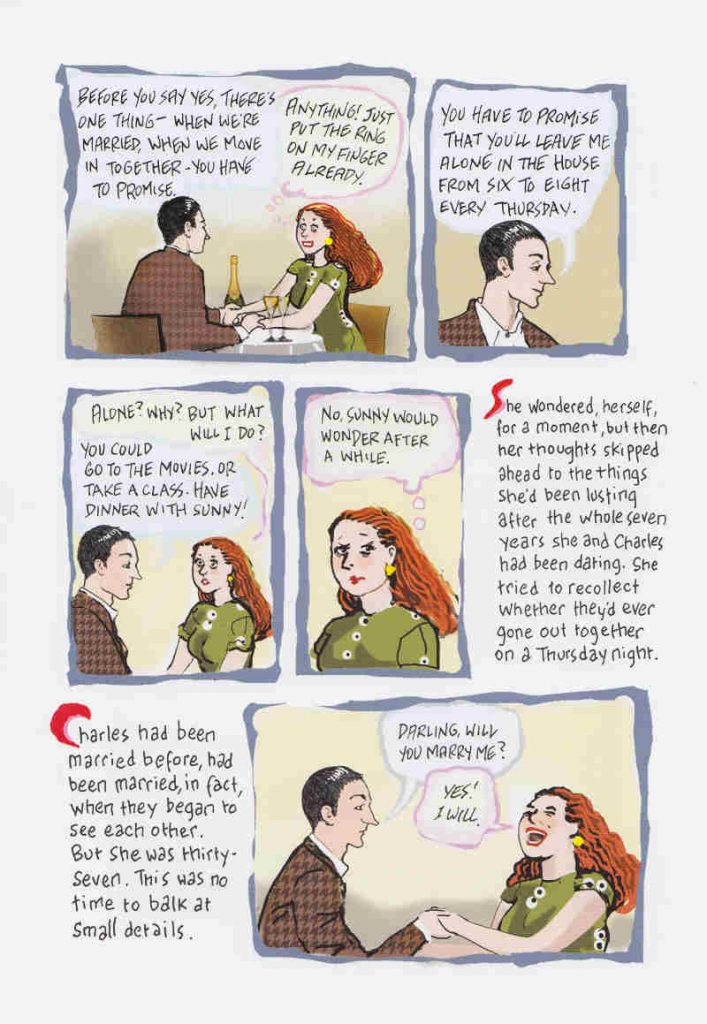