Since we were going to see the Simpsons movie on Saturday I thought I’d swing by and get the tickets in the afternoon in case it was busy later, although in the event the auditorium was half full. I think I got the ticket clerk who is either the stupidest or, being kind, perhaps just having one of those days. I tell her I want the 8.45 showing and she says, right, 4.15. No, 8.45, please. She looks a bit confused and then goes, oh, okay (not sure where she got 4.15 from at all, but hey); I tell her I need two tickets, putting one on my cinema pass card, paying for the other on my debit card, handing her both as I do. She takes them and looks at them like she has never seen a plastic card before (bear in mind this cinema has its own card which I use regularly).

I have to explain to her again that I want two tickets for that performance and am paying for one, the other is on my own pass, again waving the cards in front of her so it is pretty obvious visually if she can’t grasp spoken words. She takes them slowly, looks at them uncertainly then picks at her keyboard. So, that would be one ticket and one other ticket – so you really want two tickets? Er, yes, one and one would be two, which is what I’ve asked you for several times now… She did finally get there, although she forgot to ask me which seats we wanted. Jeez, we all have off days, but this girl was slower than a tortoise on Prozac.

And was it worth it after that? Well, no. My friend pointed out one of the biggest problems with the Simpsons movie is that it isn’t really a movie. As with the X-Files movie it is really just a longer than usual episode with a bigger budget, which doesn’t carry a movie. And as with the X-Files movie I have a general dislike of TV shows making a movie version while the series is still running. After the end of the run, as with Firefely or Star Trek, sure, but generally doing a movie when the show is still continuing seems to be to be just a flagrant cash cow. South Park is an exception here as it offered something unusual and different from the series as well as providing a story that worked as a movie. The Simpsons didn’t. Don’t get me wrong, parts of it are funny, there are some scenes that made me laugh, but it doesn’t hold together and overall seemed weak and somewhat futile.

Mind you, I’ve not thought much of the TV episodes either in recent years. I really loved the Simpsons for many years, but the last two or three seasons have been poor; as with the movie they have some scenes which are brilliant but I can’t recall an entire episode which worked for me in the last few seasons, only some scenes, but never an entire episode; magnify that problem by the length of the movie and you have a very poor offering which dilutes the genius of the earlier show. Heresy perhaps to suggest the Simps is past its sell-by date, but it hasn’t worked for me for a while now and the announcement that there would be several seasons more after the weak movie depresses me because it tarnishes the reputation it had during its high water mark. As with the X-Files, good shows need to know when and how to bow out, not just keep milking a tired series for money and so ruining the memories of the earlier, better years (of which there were many). Meantime they are talking about another X-Files movie… 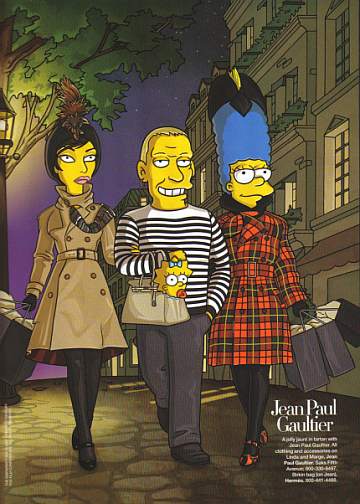