It’s Yuri’s Night, a world space party being marked around our little, blue marble to celebrate the great Yuri Gagarin, the very first human who really did go where no man has gone before, riding a column of fire into orbit on this day in 1961. A rocket, leaving the surly bonds of Earth and out into space, launched by the then Soviet Union, a remarkable achievement which came only six decades from the first fluttering powered flight of the Wright Brothers. Six decades from a few seconds in the air, only feet off the ground to a human being thundering into space and orbiting our planet. 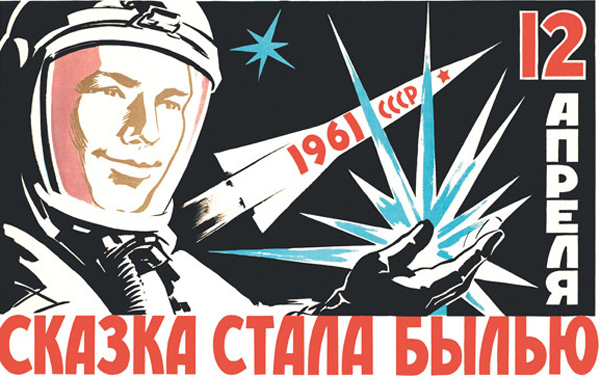 There’s something wonderfully, romantically heroic about that first Space Age – engineers, programmers, designers, cosmonauts and astronauts, none of them truly knew exactly what they were getting into. It was all new – building on work that had gone before, of course, but now at a level never tried, at a level where some really did wonder if it would work, and if it did work as they hoped, could a human being travel in it? Could they survive? Nobody even knew if a human body could function in the microgravity environment – would your heart and lungs still function? How do you eat? Does it affect your vision? What about radiation? And how about getting home again safely? The inferno of re-entry, could their frail, basic craft really stand up to the intense heat? And what about the cosmonaut within, the re-entry blocking all communications so for those few moments they would be truly alone, unable to speak to ground control, ground control anxiously waiting for the interference to clear to hear their voice, to hear if they had survived the blaze of re-entry, a few moments which must have been an eternity

None of this had been tried, they simply didn’t know, it was all new, making those first pioneers like Gagarin, Tershkova, Leonov, Glenn, Armstrong all the more heroic in my eyes. Imagine being willing to train for this, to risk your life to push that envelope and achieve something which had only ever been a dream. So much optimism then, onwards, outwards, faster, further! Space awaited, orbit, then the Moon, maybe Mars and beyond… So different to our downbeat present when we have a new generation of spacecraft, but only for the super-rich, and Mars, let alone any further, is still decades off. The promises of my comics annuals that by the time I was an adult space would be in reach of everyone, we would take holidays there! Those promises never materialised, to my eternal regret – now approaching the big five-oh at the end of this year it looks like that’s something I will never get the chance to do. 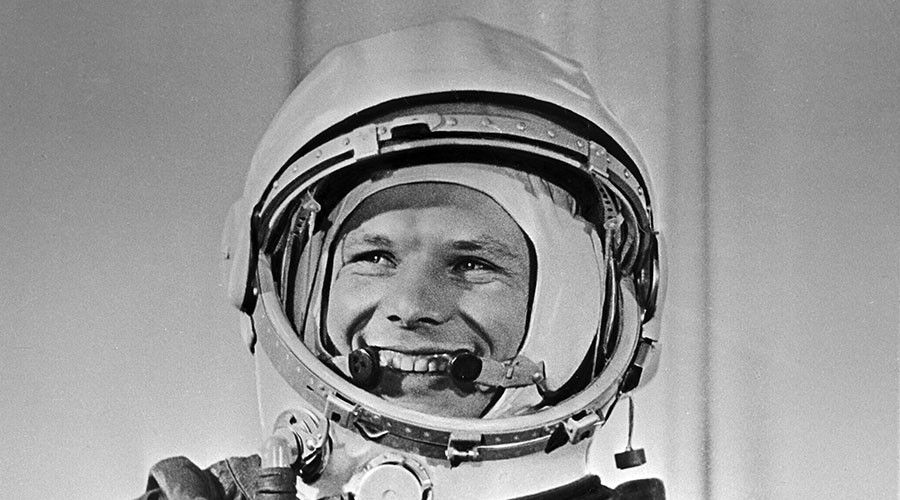 Yuri became the most famous man on the planet on his return. Dragging his chute and suit from his landing in a field he smiled on his return to Earth and told them not to be alarmed, he was one of them, he was a comrade, a friend. One looked at his capsule and suit and asked if he had come from outer space. Yuri reportedly laughed and said as a matter of fact, yes! Suddenly an idea which had been science fiction, space flight, was now science fact. Sadly Yuri died young, killed, of all things, in a normal aircraft training flight, after having survived the rigours of the space programme tests and that history-making first manned mission. Years ago I read a joint autobiography on both sides of the space race by Alexei Leonov (first man to attempt a space walk) and David Scott; in Leonov’s memoirs of the Soviet effort the affection he and his fellow cosmonauts had for Yuri was still strong, even decades on.

Yuri flew before I was born, he died when I was just a baby, but he’s been one of my heroes all my life.