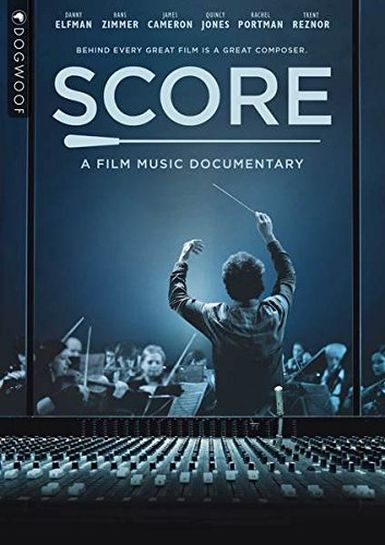 Music and cinema, two of my favourite things in life, and when combined those visuals flickering on the screen, the narrative, the actors, the dialogue and the music create something which is, when it really works, far greater than the sum of its parts. Can you imagine Star Wars without John Williams’ score? Or the magic he brought to Jaws (Spielberg often remarked with all the effects problems with the mechanical shark models Williams’ iconic theme became the shark the visual effects couldn’t give him)? Or that Superman theme, that dum de de dum dumm dumm building rapidly to that triumphant, suitably heroic theme that makes you want to “do the Superman”, rip open your shirt to show that big S, so empowering, magical, inspiring, so perfectly in symbiosis with the visuals. Just a few bars from any of those themes is instantly iconic, we hear it and the magic of that film moment fills us. A few notes of it added to a comedy sketch works the same magic, it’s instantly recognisable and comes with a built-in recognition and series of memories and emotions.

And that’s only three examples from one – albeit masterful – composer. Score talks to, well a score or more (sorry) of contemporary composers, and this includes a large number of have worked on some of our favourite sci-fi, horror, fantasy and comics-based movies, from Bear McCreary to Hans Zimmer, about their work, their inspirations, how they collaborate with directors and other musicians, from rousing themes like Gladiator or Pirates of the Caribbean to musicians who are generally seen as working outside the soundtrack composition world but who have been invited in, like Trent Reznor, bringing fascinating new ideas, rhythms, energies and passion to the world of film music, to its betterment. 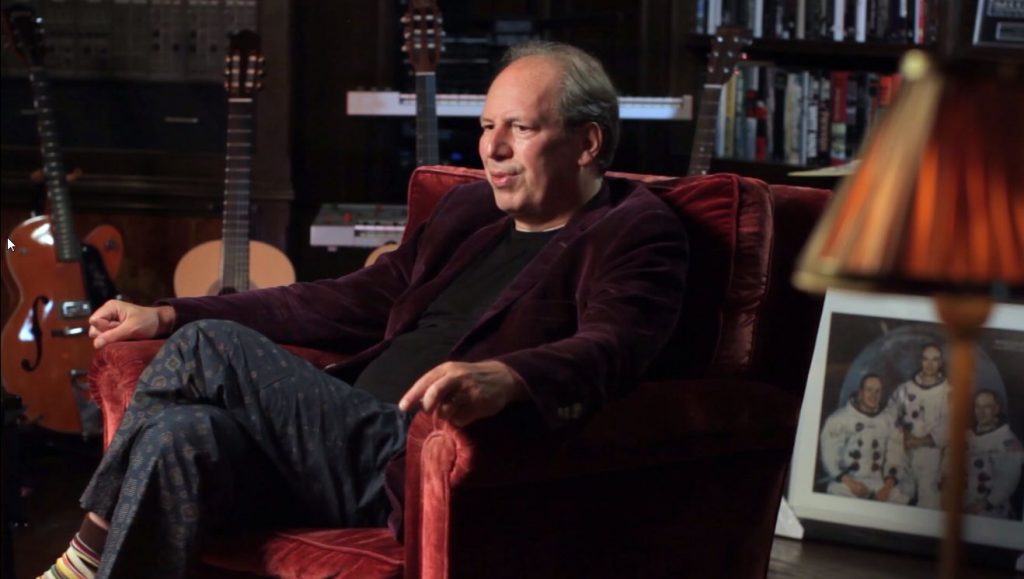 That notion of change and evolution is strong in Score; while much of the running time, understandably, talks to contemporary composers – John Williams, Danny Elfman, Trent Reznor, Quincy Jones, Rachel Portman and many more – about their craft, and commenting on the works of others they admire, past and present, the film also takes in the ever-changing nature of film music. From the mighty King Kong in the 1930s, a pioneer not just in visual effects but in using a full symphony orchestra to score the movie (that fabulous music as Kong scales the Empire State Building) – bear in mind at that point the “talkie”, the sound movie, was only a few years old, this was inventing new ways of storytelling for a new medium (although as the film also points out, even the preceding “silent” movies were never truly silent, there was always at least a piano playing along to them, or the famous Wurlitzer organ, or a small chamber orchestra in some cinemas, while some silent films had visual cues for those musical accompaniments – think Buster Keaton in Steamboat Bill Jr, for example).

Like many things today we are so used to the notion of a film with carefully composed music being part of its fabric that it is easy to forget someone had to come up with these ideas originally, then others developed them, they became the standard approach. Then others would come along and shake that approach up with something new and fresh – that fabulous, then contemporary jazz score for A Streetcar Named Desire replacing the notion of the symphonic suite to huge effect, a burning, modern, sexual, jazz that went with the story and visual so perfectly evoking and enhancing the mood, the feeling on levels that work beyond those paired with the visuals. 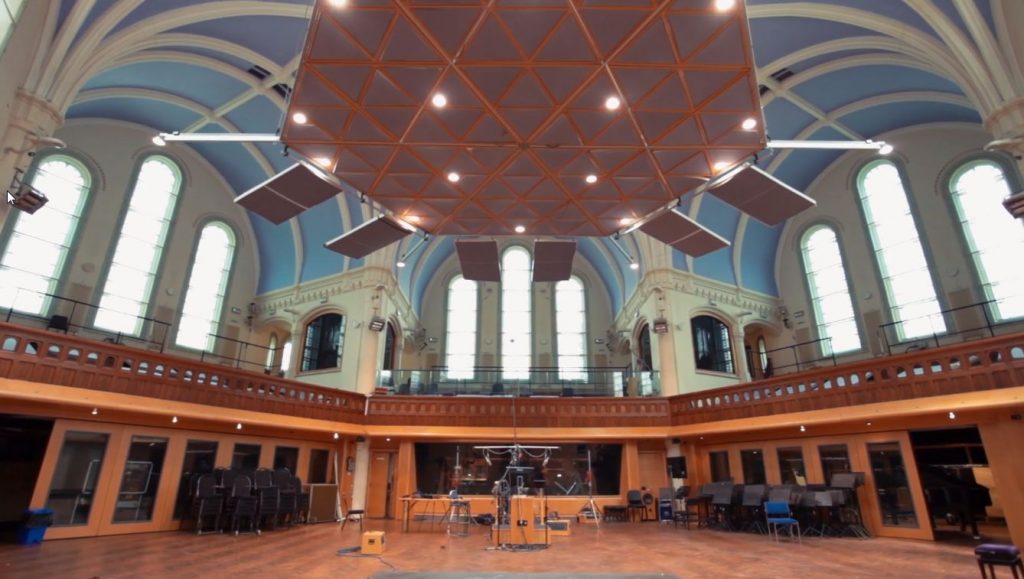 (the Air Studio in a converted London church)

The methods used for inspiration, for creation and recording are discussed, from hearing natural sounds and wondering how they might translate into music for a piece to feeling their way through how to translate that sound in their head into something tangible, experience and artistic intuition telling them how to continue, be it a simple, short piece that may be best on a solo piano to some great, iconic theme that requires a full orchestra (and then how to set up and record that orchestra, which space to use, how to deploy it, the changes in post production, so many choices that can make totally different sounds and feeling to the resulting music), or something new, digital electronica or contemporary jazz or rock or dance beats. There’s technical discussion, but mostly what comes across from all of these musicians is passion for their work, for what it adds to the cinematic medium, and the respect and admiration many of them show for the work of other musicians, contemporary and those who went before. 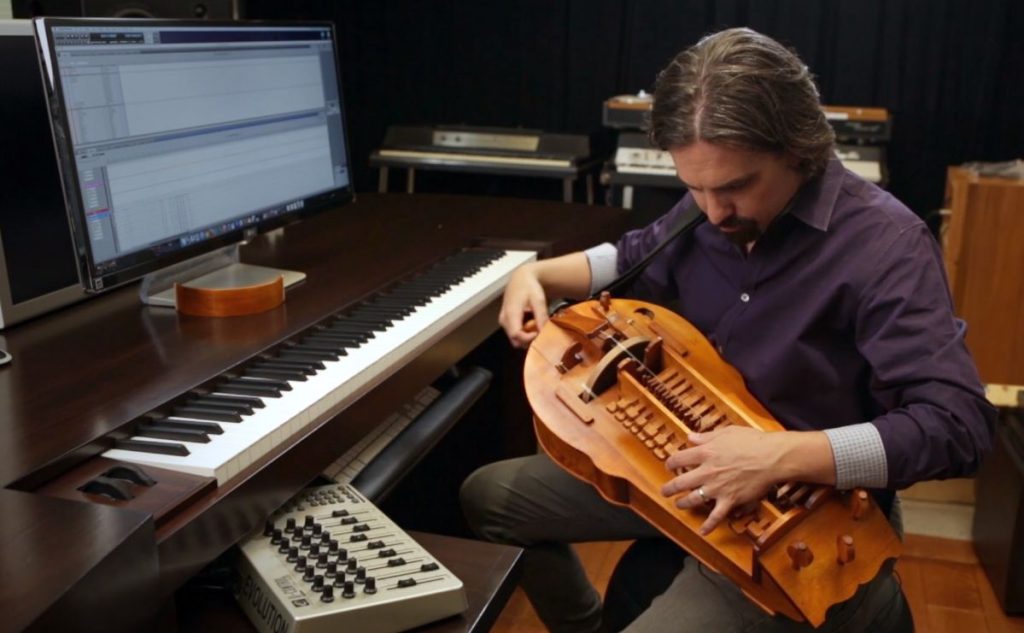 This takes in a huge swathe of film music history, and of course it includes many of our beloved fantastical genres that have featured score which have become iconic – think on that intricate music for Inception, the big, brassy, sassy, swaggering music for James Bond, that Jaws theme, Mad Max, Close Encounters, Psycho, the Avengers movies, that great, swelling Lord of the Rings theme (and all the smaller character themes that weave through key moments). I play a lot of soundtracks when working in the Blogcave, and even divorced from the film they still inspire me, enthuse me, play with my emotions and the best ones, even played on their own, evoke memories of some of my favourite film moments, from Star Wars to Dunkirk. Score captures that feeling the music creates in us as the audience, how the finest soundtracks live in our heads afterwards, and that wonderful magic that happens when amazing musicians and remarkable film-makers come together.

I could easily have sat through much more of this, Score is by turns fascinating and inspiring, a glimpse into some of the creative processes that bring out favourite films to life, to the power of music to enhance the emotional experience.

Score: a Film Documentary is out on DVD and  available via Video on Demand from Dogwoof on April the 2nd

It’s probably not surprising given I am a huge cinephile that I also really enjoy a lot of film soundtrack music. The other day I was listening to Gershwin when the album reach Rhapsody in Blue and right away I was mentally visualising that wonderful monochrome opening to Woody Allen’s Manhattan “he adored New York… for him it still pulsated to the great music of George Gershwin…”

And it made me think how sometimes certain pieces of music can become eternally associated with a scene from a film. I don’t just mean original soundtrack music – like John Williams’ opening for the original Star Wars, for instance, conjuring up that amazing (for the time, young me had seen nothing like these gigantic ships thundering across the screen after the opening crawl of text) opening of that saga, or Hans Zimmer’s powerful Inception soundtrack. No, I was thinking on music which had existed in its own right before being borrowed for us in a film – sometimes it can be a little known piece of music, or at least little known to the wider public, such as Barber’s Adagio in Platoon or Strauss’ waltz in the famous space docking sequence in 2001. Obviously classical music admirers knew those, but the films brought them to a wider audience and also indelibly linked those pieces forever in most people’s minds with those scenes in the movies.

Of course there is Herman Hupfeld’s “As Time Goes By” which originally dated from the early 1930s, but really became better known – any by better known I mean immortal – in the 1940s when used in Casablanca. If not for that I doubt most of us would ever have heard of the song, whereas now if we hear it we connect it to one of the best films of all time right away.

Sometimes it can be a well-known track a lot of folk had in their collection from years back, which suddenly leaps back into the pop-cultural landscape, fresh for a new audience, a nostalgic flashback for older fans. Iggy Pop’s Lust For Life suddenly gained a second lease of life when used in the pounding opening of the film version of Trainspotting:

Or Gary Jules’ cover of Tears for Fears’ “Mad World” for Donnie Darko:

And arguably these days for a lot of folk these days those songs will always be associated with the films. And then there’s the great use of Queen’s mid 1970s hit Bohemian Rhapsody for 90s cult hit Wayne’s World:

And Bob Seger’s “Old Time Rock & Roll” with a very young Tom Cruise dancing around in his socks in Risky Business:

And the Pixies’ brilliant “Where is my mind?” for the closing of Fight Club:

And a personal favourite of mine, Goth classic “Bela Lugosi’s Dead” by Bauhaus used in the opening to The Hunger – this one going so far as to actually use Pete Murphy and the boys in the film:

And there are hundreds more – think Steppenwolf’s rock classic “Born to be Wild” in Easy Rider, the Doors and even Wagner in Apocalypse Now and goodness knows how many more, classical, jazz, pop, rock that either existed before but were little known until selected for use in a film scene or else they had enjoyed their moment of success and suddenly found themselves with a second bite at the cherry (Quentin Tarantino has done both numerous times in pretty much every film soundtrack he’s ever made). I’m sure you can think of plenty of other similar examples off the top of your head.