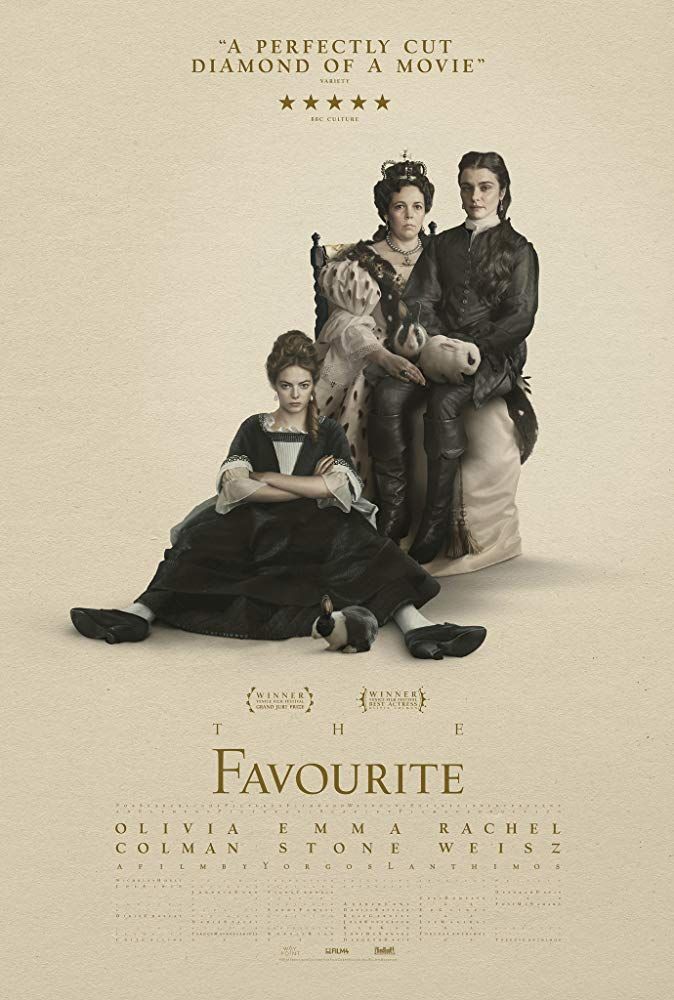 My first film of the New Year and, oh boy, it was a damned good one too! You wait ages for a good historical, period film with strong female leads to come along, then January delivers us two, Mary Queen of Scots and this, Lanthinos’ rather excellent The Favourite. I’ve been itching to see this since I first saw the trailer a while back – Olivia Colman, here playing Queen Anne in the early 1700s (just before the Act of Union) is, for my money, one of our best UK thesps. Colman can play anything, from broad comedy to tragedy to kitchen-sink, emotional heavy drama, and here she uses her formidable acting skills to craft a layered performance where some others may have settled for something less complex, and it plays remarkably in the favour of The Favourite.

A synopsis of the plot makes it all sound rather straightforward and predictable: Sarah, the Duchess of Marlborough (Rachel Weisz), the powerful and influential wife of the war hero the Duke of Marlborough (Mark Gatis) has made herself the favourite of the often emotionally vulnerable and fragile Queen Anne, becoming so beloved by the Queen and so indispensable that her “advice” is often little more than her pushing her own agenda on the Queen and getting it through Parliament, while continually conspiring and scheming to ensure her own place.

Enter Emma Stone’s Abigail Hill, a cousin of Sarah’s fallen on hard times (the family fortune gone). Abigail appears sweet and innocent, but it is soon clear she is anything but, and she is determined to use her cunning to learn from her cousin and work her way up from lowly servant back to being a lady of society. Sarah, of course, is unlikely to simply let anything threaten her position with the Queen, leading to a battle of wits and changing conspiracies and alliances made in dark rooms, all concealed behind courtly protocol and polite masks, as we watch to see which can manipulate their way to a winning hand. 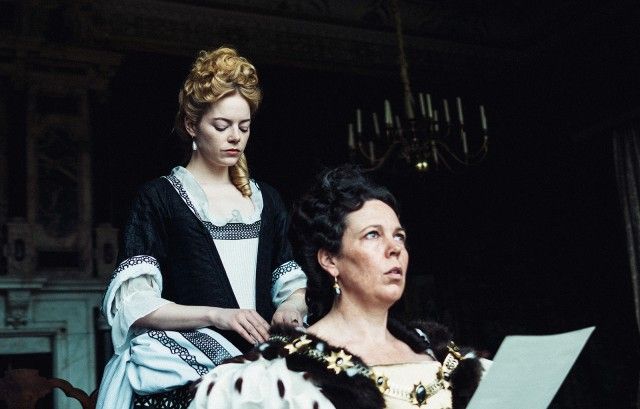 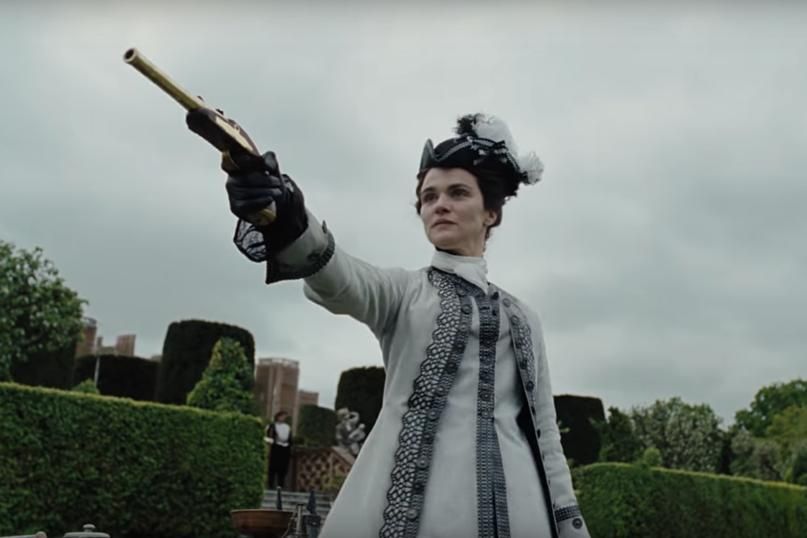 Except that really, really doesn’t do The Favourite justice. The complex webs of plans and blatant emotional manipulation practised by both Sarah and Abigail, and the way they dance around each other is a delicious delight to watch, and avoids the simplistic approach of one being good, one bad, both are conniving, ruthless, determined and others, including nobles, MPs, the Prime Minister and even Queen Anne herself are simply part of their Machiavellian scheming. The interplay between the two is just fabulous to watch.

Colman’s Queen Anne, a woman marked by loss (seventeen pregnancies, seventeen lost children, stillbirths or miscarriages, quite terrible) starts off like a moody child, Weisz’s Sarah knowing how to cajole, persuade (or even slightly threaten) her to get her to behave, but as the film goes on Colman’s superb acting gives glimpses of far more emotional complexity, of a real person with real emotional and health problems, and, quite possibly, one who is not the innocent victim in this tug of war between the other two, but is perhaps well aware of their goings-on and maybe even secretly encouraging it and enjoying it…

The interplay between these three women is wonderful to watch, and the ridiculously complex court protocols and life are humorously undercut by humour, often quite bawdy (the C word features more than a few times and I was reminded of the poetry of Lord Rochester from that period several times). And how refreshing to watch a film not just with three very powerful and nuanced female leads, but females leads who totally (and rightly) dominate this story – the men, even historical heavyweights like Gatis’s Duke of Marlborough, are very secondary, there to move parts of the plot along but always behind these three formidable women characters.