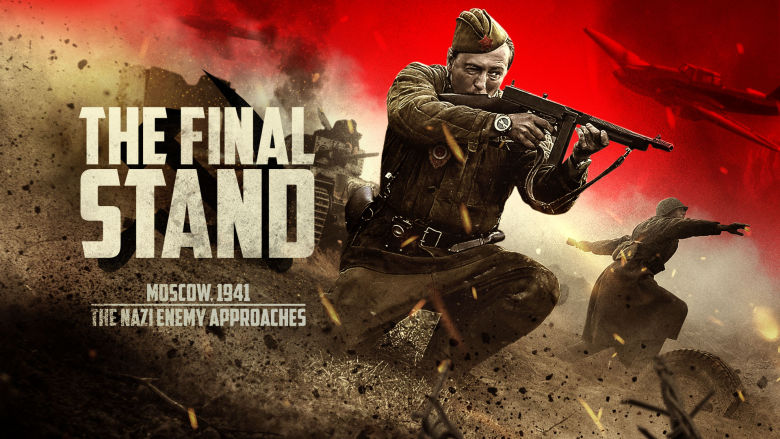 Russia, 1941: the full weight of Operation Barbarossa, Hitler’s invasion of the Soviet Union, is upon the Russian people. The Nazis, having already taken Western Europe with their Blitzkrieg tactics, have turned this ferocious might on the vast lands to the east, storming through huge areas so swiftly that defences are overwhelmed before they can make a proper account of themselves. The enemy is trampling almost at will over the Motherland, seemingly unstoppable, with Moscow itself now in imminent danger of being overrun. The Red Army is bringing in more troops and equipment from far afield, but desperately needs time to marshal them for a defence. The cadets of the Podolsk infantry and artillery schools are going to buy that time.

The Final Stand begins with some beautifully shot battle scenes – if that’s not oxymoronic. Crisp, high-definition shots in slow-motion capture pouring rain (you can almost see the droplets hitting the helmets of the troops), the expressions on the soldier’s faces as they yell in alarm, the mud splashing around them, explosions. And as the film goes back to normal speed we realise this is the cadets in training, not in combat. It’s a good opening, on the one hand Shmelyov is setting out his stall – this is not a film which will hold back in depicting the realities of combat, and it will use refined film techniques to capture them in fantastic clarity – on the other hand it brings in a moment of light-heartedness to contrast against the brutality (the film mixes in some welcome little bursts of humour here and there, it isn’t all action and suffering). 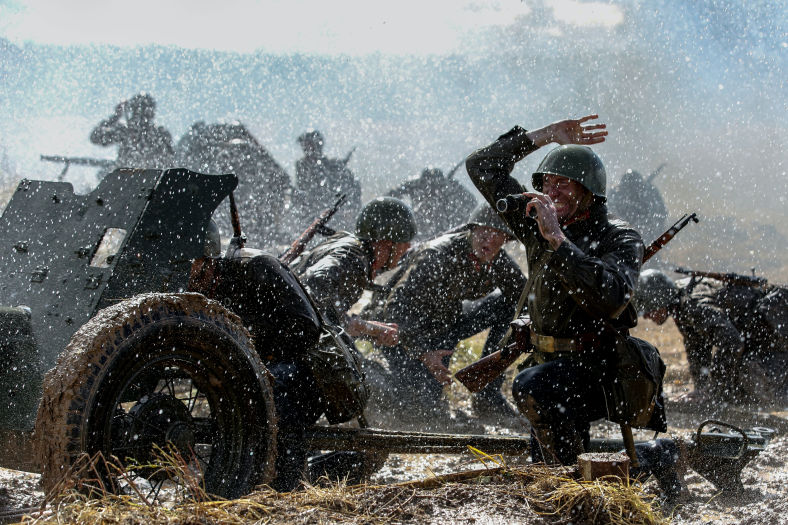 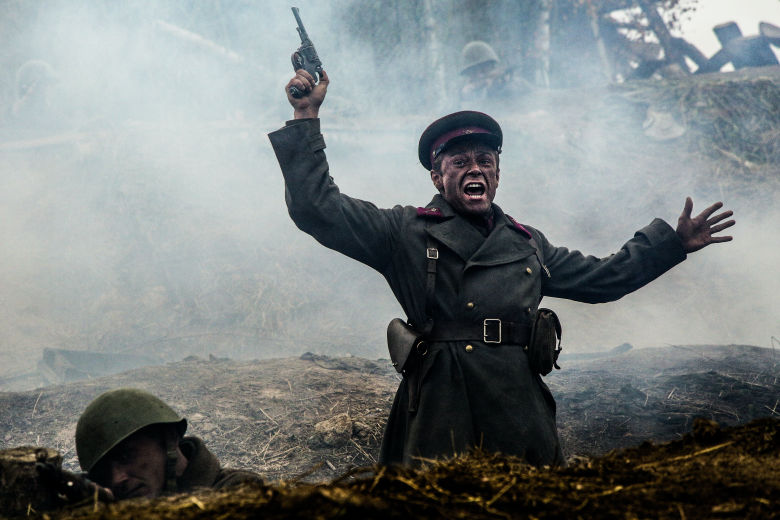 The cadets are all young, so very, very young, just as their real-life counterparts would have been. They are aware of the war coming their way, most have not seen battle but feel they must do their duty to protect the Motherland. They’re willing to serve and risk their lives, but it’s also obvious that these young, untried cadets have that invincibility of youth feeling – while they know many are dying, they don’t quite get that, they are young, unstoppable, eager to prove themselves, it is almost an adventure, they are courting some of the equally young military nurses (their officers, older, more seasoned, know what is coming and are trying to prepare their young charges). Despite the advancing Nazi invasion their mood is high, but they are about to be put to the test, and a great many of these eager young cadets will not return to tell the tale.

While the film has its flaws – Shmelyov is a bit too fond of the high-definition slow-motion, or the fast action that suddenly goes to slow-motion then back to fast (which can be an effective technique, but needs to be used sparingly, I think), the characters and main plot are fairly generic (the big, tough lug with a heart of gold, the shy one, the schoolboy one etc) – it has some damned impressive moments, and some interesting details, such as the threat of Russian-speaking Nazi infiltrators in Soviet uniforms going ahead of the main forces, or the small forces of special troops who operate behind the enemy lines to get information back to the main forces. 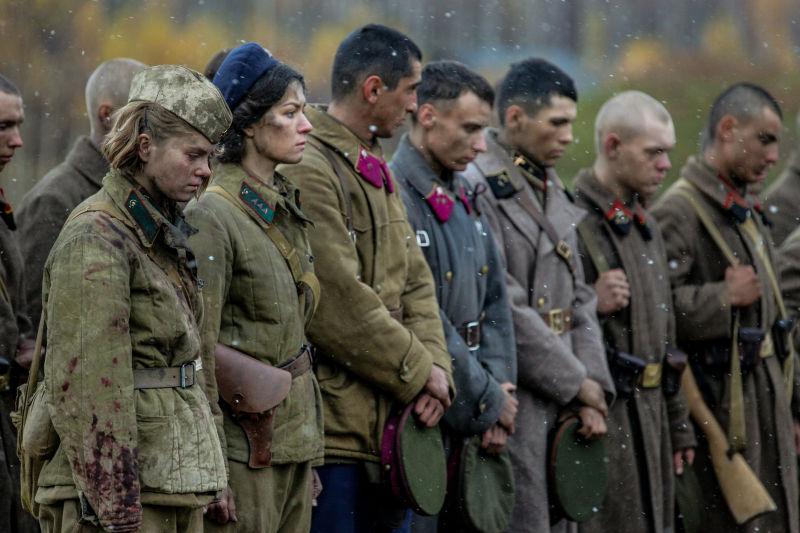 And the main battle sequences are impressive set-pieces – screaming artillerymen trying to drag and move their cannon and line it up quicker than the turret on a German panzer can turn and target on them is tense and terrifying. The fearsome Stuka dive-bombers screaming out of the sky – the Russian airforce at this point having been largely knocked out of the game by the Luftwaffe – bombing and strafing almost with impunity, and its horrendous. As with the scenes as German aircraft attacked the almost helpless soldiers on the beach in Nolan’s Dunkirk, you can feel the visceral horror and terror of it, and you’re aware that what you feel is only a shadow of what the real historical characters went through.

While it does have some generic elements and sometimes leans too much on certain visual techniques, like the aforementioned slow-motion, it is beautifully shot, clarity and production values matching any Western war or action film. Like many of a certain age I grew up on war movies, The Longest Day to Reach For the Sky, In Which We Serve, Battle of the River Plate and more, and I still have a soft spot for WWII films, which were once such a huge part of cinema but, like the Western, is a genre that has largely faded these days to a few entries, so I’m always intrigued to see a new one appear, and in this case it is also very interesting to see the Russian perspective. 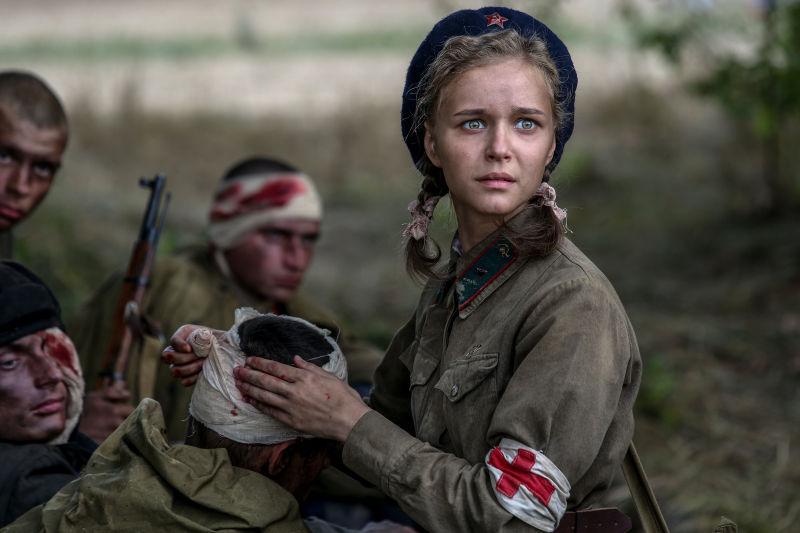 In Russia the Second World War is often referred to as The Great Patriotic War; while the West took its share of the horrendous butcher’s bill of the war in both military and civilian casualties, the sheer scale of the Soviet losses is just unbelievable. Shmelyov knows he cannot depict all the millions lost in the maelstrom of the Eastern Front, but his group of young cadets, answering their country’s call in its darkest hour, allows those few to stand for the many. A solid, beautifully shot war movie.

The Final Stand is released by Signature Entertainment on DVD and Digital from March 8th.