This review was originally penned for the Forbidden Planet blog: 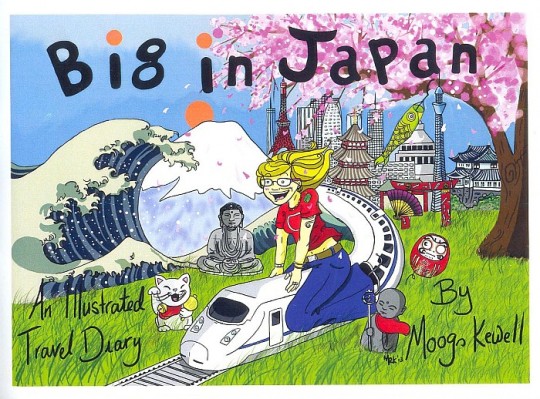 Moogs is a sculptor and jewellery maker, as well as a comics creator, working out of the well known Hope Street Studios in Glasgow. In fact it was her hand-made jewellery which caught my eye at the recent Dundee Comics Expo (I had to get a close up of the supercute Domo earrings she had made for one of my manga-mad colleagues). And while chatting away to Moogs at the Dundee show I noticed her Big in Japan comic, with a very colourful and rather joyful cover and an unusual small landscape format. I’m not a major Japanophile or manga reader, but this caught my eye and I had to give it a go. Besides I do have a bit of a weakness for travel lit, especially done in comics form. (some of Moogs’ jewellery at the Dundee Comics Expo, pic from my Flickr)

This is essentially a diary of Moogs’ trip to Japan, drawn in a manga-influenced style, to attend the wedding of her friends Masami and Taka, and knowing her trip starts with a hideously early morning call for the shuttle down to London to catch her main flight she’s decided to go in style – no budget airline here, the real deal complete with nice service and cooked breakfast, and a delighted looking Moogs tucking into it with a “screw you, Easyjet” speech bubble. Anyone who normally has to take the budget flights and then gets a full service one will sympathise with that reaction.

There’s the very, very long flight halfway round the globe to Japan, complete with turbulence and the “is there a doctor on board” moment you hope only happens in movies, but it appears does sometimes happen in real life. Still, it’s not al bad as she’s prepared with a bag full of distractions and snacks, plus there’s around eleven hours of viewing to watch. And at last she’s there, Japan – jetlagged nad tired, but arrived at her destination. Which is more than can be said for her luggage… 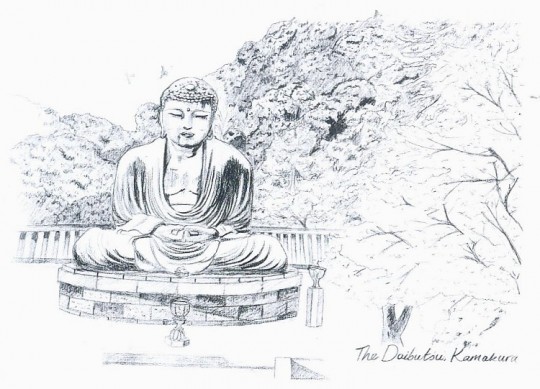 But getting there is just the start and forget the annoying lost luggage thing, because there are her friends waiting for her, and the real reason for her trip, to see her chums and be a part of their wedding. Of course there will be a bit of proper sightseeing, holiday making and socialising going on around her while she’s there, as well as the wedding herself. There’s the great delights of the Ghibli Museum (wouldn’t we all love to go there?), some dining form called Okonomiyaki and, of course, there is dancing and karoake. And then there is the shopping – and some wonderfully peculiar oddities, such as a shop that sells a Marie Antoinette action figure, complete with removable head! Ah, Japan… 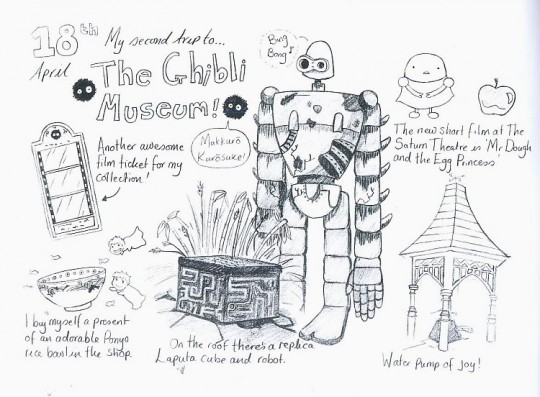 The sightseeing and trips are fun, both the landmark, historical site and the quirky themed varieties – cafes (a Moomin cafe in Japan? Fab), theme parks and other venues – and taking in more traditional Japanese pastimes, such as the hot springs. But the core of this wee book is the wedding and sharing time with good friends, friends she obviously doesn’t get to see too often given the vast geographical differences, and the book reflects the sheer pleasure and delight in being among your friends and celebrating an important moment with them. It doesn’t get maudlin or overly nostalgic, instead the comic is suffused with a simple feeling of fun and joy, which left me smiling. It’s a short, personal work, but quite charming, and although much of it is drawn in a manga-influenced style (except for more detailed depictions of some of the historical landmarks) it’s still very easy on the eyes even to someone like me who doesn’t read a lot of manga. A short and pleasurable delight. 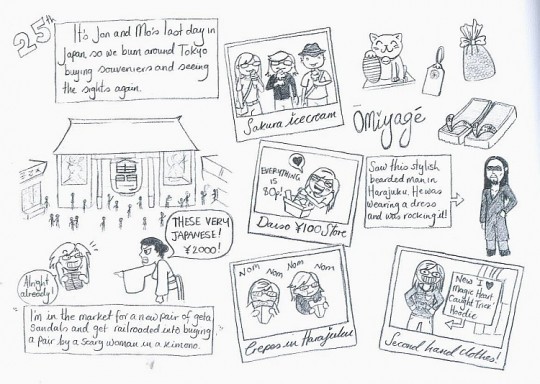