Boing Boing has been posting links for the last week or two about remixes of station names on local underground systems. The first couple to be done, like the London Underground and Toronto were pulled from their sites after their local transport authorities objected on grounds of violation of copyright, thus forever banishing the stereotype image we all had of the little jobsworthy twat who runs such services and couldn’t be more anally retentive if he had his butt cheeks held together with an industrial vice… Anyway, in true Boing Boing fashion they have been posting ever more versions from round the world (most transport authorities not being as bothered as London who you’d think would be too busy trying to think on ways of keeping their mayor out of trouble) including (hurrah) Glasgow! 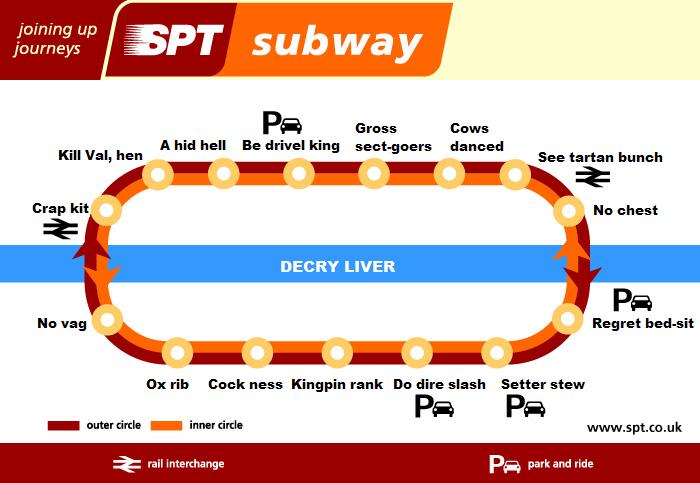