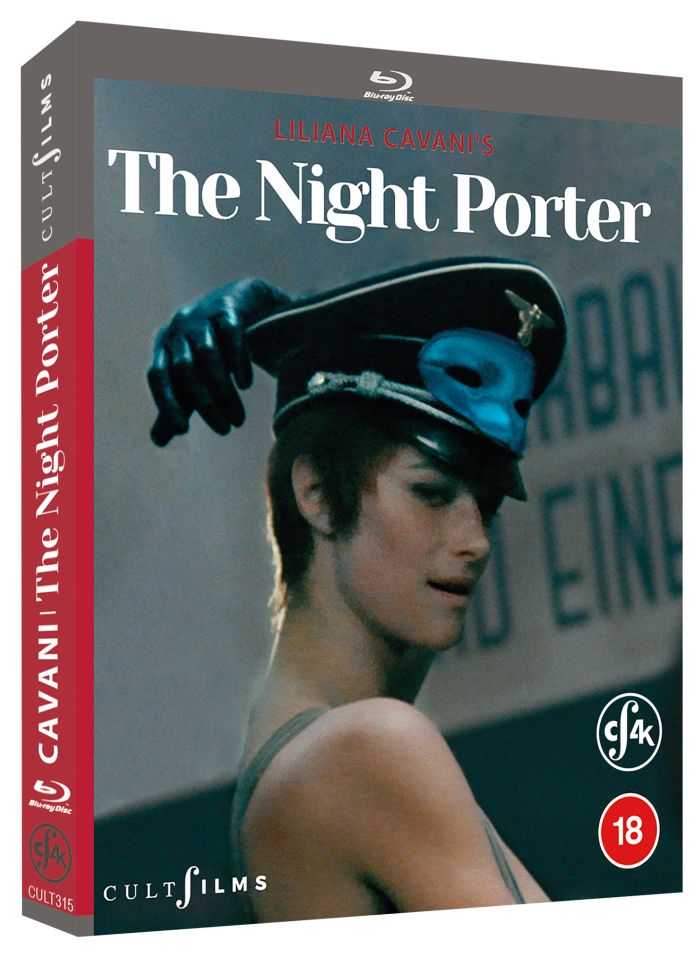 Cult Films brings a sharp, 4K restored version of Cavani’s 1974 controversial classic to Blu-Ray, and the passage of the decades has not lessened its impact, the ability of this film to be simultaneously fascinating, compelling, provocative and disturbing. Max (Bogarde, an actor too often overlooked these days, I think), is working as a night porter, manning the desk in a hotel in 1950s Vienna, where he and several other old comrades meet regularly to plan how to keep their wartime records in the SS concealed and themselves safe from any possible justice for their actions as part of the Nazi regime. They ensure documents are destroyed and any potential witnesses dealt with to ensure their anonymous safety. There is no hint of regret for their part in the atrocities performed by the SS, only the ruthless desire to avoid ever being brought to account for it.

Max is quiet, not just a man keeping a low profile, Bogarde invests him with a real feeling of a damaged person who has retreated from much of the world, not only to hide his past, but because he feels self-revulsion, even preferring to work night shifts because the harsh light of day shines too bright a light on his life and guilt. He is tightly buttoned, quiet, fastidious in appearance, not rocking the boat with his old SS comrades but neither fully joining in either. When we see him in a scene in his apartment we see behind this quiet, impeccably turned out exterior, his hair awry, pulling his curtains against the coming day, shuddering and crying as wartime memories overwhelm him.

When a famous conductor arrives at the hotel with his wife Lucia (Rampling), the pair recognise one another, triggering flashbacks for both: Max as an SS officer in one of the death camps, Lucia as one of the inmates who captures his eye. It’s an interesting reversal – from the wartime camps where Max held all the power and could indulge in exploitation as he wished, with impunity, now he is the one who is frightened, his potential survival threatened as she now has the power over him. 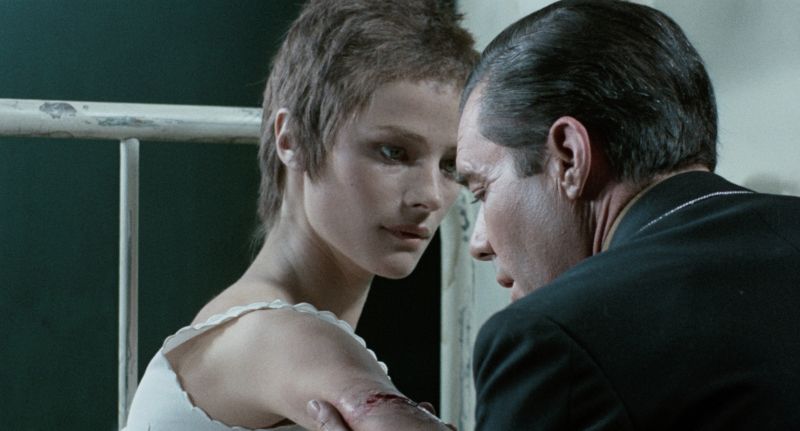 Except Night Porter isn’t that simple – you might expect after the initial shock of encountering this former SS officer who used her, Lucia would be angry, seek justice, tell her husband and then the authorities who Max really is. But that doesn’t happen – both she and Max struggle with the rush of barely repressed memories, but what transpires, both the wartime events and the current events in the hotel, is a more complicated mix than oppressed and oppressor, there is a strange relationship here. A twisted, very damaged relationship, to be sure, but there is something there, and they feel its compulsion once more, falling into a strange, often sado-masochistic, dark form of romance.

A lot of the criticism of this film, then and now, is that it is basically Nazi sexploitation. And while, yes, it does feature a lot of very odd sexual scenes – a shorn-haired prisoner Lucia, half naked in an officer’s cap, singing Lili Marlene songs as she dances seductively for the SS officers in the camp, for instance, or vulnerable, naked prisoners being filmed by Max as they are interviewed – I don’t hold with the sexploitation label myself. Despite the sexual scenes and nudity it’s often not what I’d think of as erotic, more disturbing, an exploration of two fragmented , damaged psyches. Cavani always maintained that it wasn’t really about the sex, and I tend to agree, those elements are more visual symptoms of the trauma both have lived with. 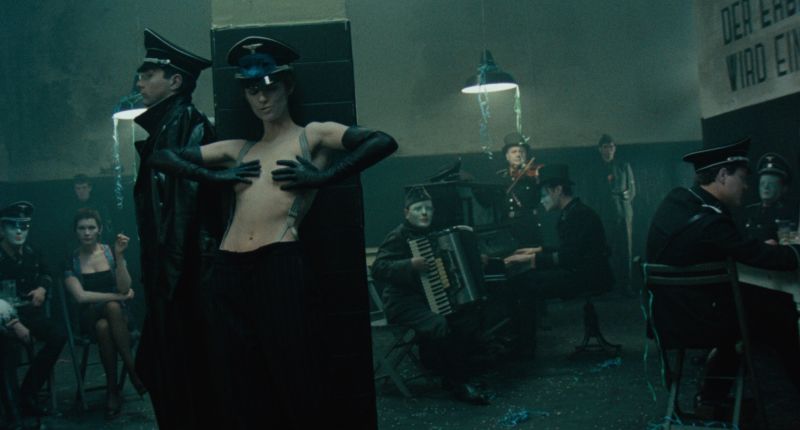 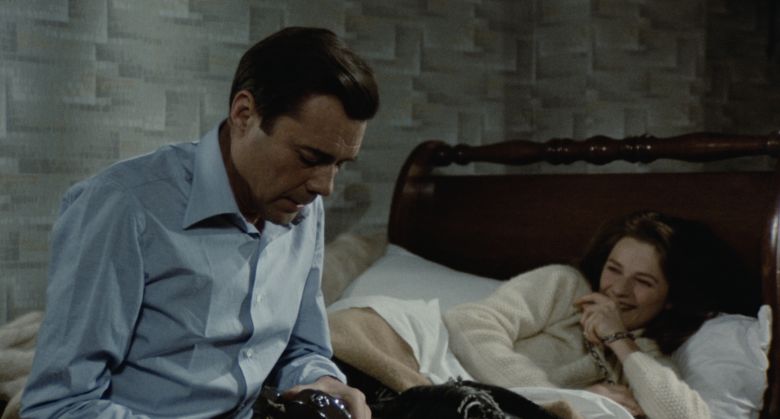 I first saw this film many decades ago, and this is the first time I’ve rewatched it since – I found it a remarkable and unusual film then, and even more so today. Cavani frames some astonishing scenes – the half-naked cabaret scene I mentioned earlier is a visual that sticks in the mind – but the real standout here are the performances from Bogarde and Rampling, so much communicated through very small gestures, body language, tiny changes to expressions to indicate the whirling turmoil within Max and Lucia.

Cult Film’s 4K restoration does justice to this unusual, provocative movie, showing it off, and including extras such as new interviews with both director Cavani and Charlotte Rampling, both of whom have some interesting insights into this very unusual slice of film history.

The Night Porter gets its 4k Blu-Ray release by Cult Film on November 30th. This review was originally penned for Live For Films