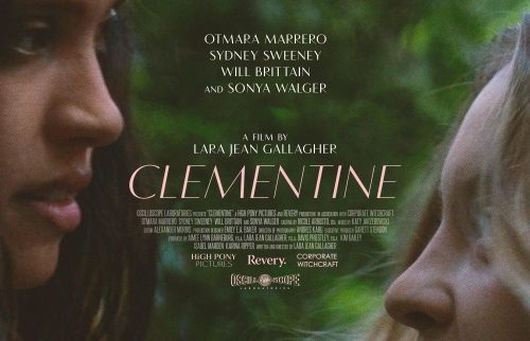 I was drawn to check out Lara Jean Gallagher’s debut feature film Clementine partly on the good word of mouth it has been picking up on the film festival circuit (including at the Tribeca), and partly because she was been likened to a young Jane Campion (which certainly helped get my attention).

Karen (Otmara Marrero) is reeling from a bad break up with her lover, an older, successful woman artist, D; we find her watching her ex’s home until she is sure she is out, then trying to let herself in sneakily to reclaim the dog. But the locks have been changed; this relationship is most certainly over, it would seem, she’s locked out physically as well as emotionally, and she has to leave after only being able to see the dog through the doorway. Driving off, she decides to leave LA and heads on out into the woods, to the huge lakeside home by the edge of a forest that also belongs to D, only to find the spare key normally hidden nearby has been moved and once again she is locked out. Undeterred she simply breaks open a small window to let herself in.

It’s clear Karen really isn’t in a good headspace – who is after a break up, after all? – but the film gives the impression there is more than just losing her lover that is preying on her mind, and that even she isn’t exactly certain why she has retreated to her ex’s luxurious, secluded lakehouse, or what she is looking for here. A bit of clear space and solitude among the trees and the lakes to think things through? Perhaps, but it feels like there is more going on here. 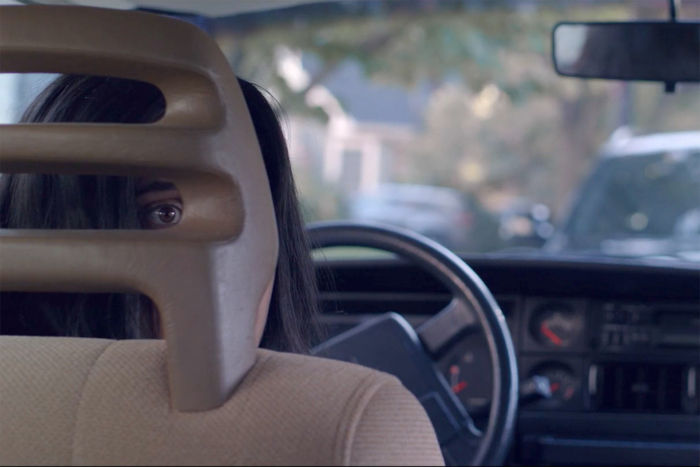 In fact that feeling that there is much more going on that we’re unaware of extends through the film – while the viewer feels natural sympathy for her going through the end of a relationship, we’re also left wondering, why did the relationship actually end? Did her older, more successful lover discard her and she’s now left emotionally hurt and feeling abandoned? Or was it her own behaviour that drove them apart? We don’t know, but we have seen her prepared to dognap from D’s home while she was out, then to break into her country retreat, neither of which are exactly admirable traits.

The thing is Gallagher, who also wrote the film as well as directing, chooses not to give the viewer the semi godlike overview of the characters and their histories that some narratives do, and that continues when Sydney Sweeney’s precocious teen Lana turns up on the scene. We first see her sunbathing on a small dock near the house, in a bikini, peeling fruit, glimpsed by Karen who conceals herself at first before finally making herself visible and approaching the girl. The way Lana is lounging in her bikini by the dock seemed to me to hint at just a tiny nod to the classic Lolita, and that hint felt stronger later as there is some possible romantic tension between the two women, once they start to drop their guard and talk to one another (with Karen reminding herself that she is much older than Lana, but still clearly romantic and sexual thoughts are there). 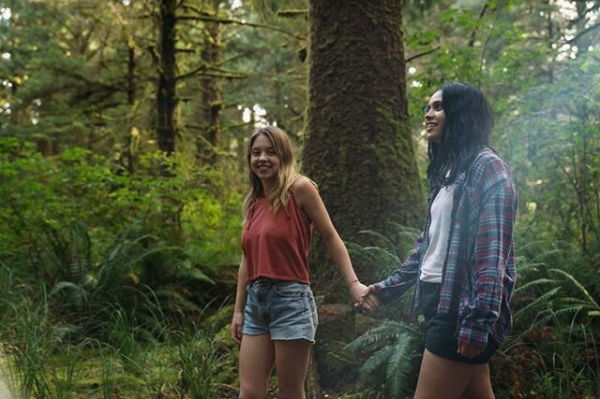 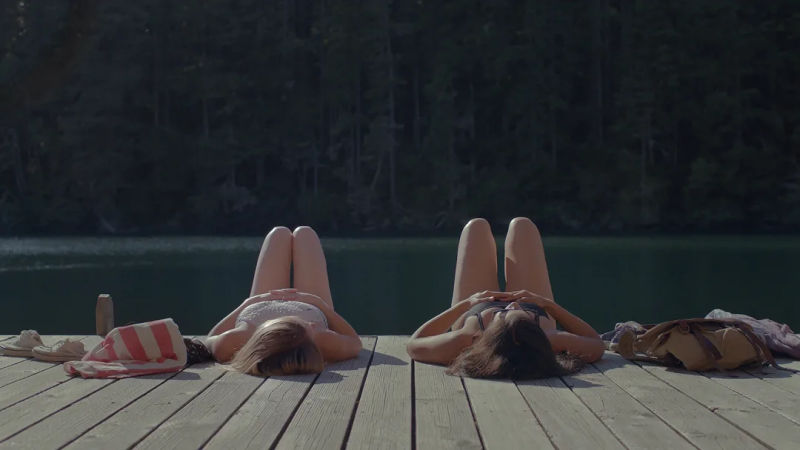 Lana too is similarly something of a mystery to the viewer – as with Karen the director decides not to reveal all of their true story to us via flashbacks or cutaway scenes. Instead we have only what she tells Karen to go on, and fairly early on it looks pretty obvious that Lana may be mixing fantasy in with truth in what she reveals to Karen about herself and why she spends so much time by herself up here by the lakehouse. Adding to this is the arrival of young Beau (Will Brittain), supposedly D’s handyman who keeps an eye on the lakehouse, trims the trees, makes repairs (including to the window Karen broke to gain entry). Once more we don’t know his full story either: is he really D’s handyman, or is he just using that as an excuse to hang out with two attractive young women and flirt? Or maybe he is the handyman but he is also there to report to D, who may suspect that Karen has fled to the lakehouse after leaving town? And if so what is his game?

I’ve seen some reviews criticise this approach as frustrating, but personally I thought it was not just a good move by Gallagher, but quite a ballsy one, to give the audience no more information or insight than any of the characters have. We’re having to watch them, listen to them and try and decide what is truth and what is embellishment, or even outright fabrications about themselves and why they are where they are. It’s a bit of a cliché to say “nobody here is quite what they seem”, but it is appropriate, and frankly I found this a great approach. I often find that I can predict where scenes or entire narratives are headed early on in some films, simply because I’ve watched so many over the years that I pick up cues of where things are going. I’m sure many of you have experienced that too.

But here it was different, Gallagher’s less is more approach really worked for me, as did the styling and cinematography of Clementine. At some points it felt like it was going to go into love on the rebound (with added triangle when Beau appears), but at other times it felt like it may become a thriller and there was something dangerous among those hidden character histories, at some points it even felt like it could go into horror territory, or coming-of-age LGBTQ tale. All of this, and the fact we only have what the characters will reveal about themselves, and we are pretty sure they’re not always truthful about it, combined to make this a compelling film for me, and I commend Gallagher for sticking to her guns with this approach, when the temptation to go down an easier, more conventional route must have been huge, and I appreciate that she felt this was the better way to go and stuck to it. An unusual and intriguing piece, I look forward to seeing what Gallagher directs next.