Been sorting out and uploading some more shots I took on a long (if somewhat chilly) winter photo-walk around Edinburgh at night recently – with the sun being down not long after four in the afternoon it certainly makes it easier to take dusk and night shots without having to wander round town with camera and tripod late in the evening. This is the Ensign Ewart, a centuries old pub named for the soldier from the Scots Greys who took an Eagle standard from one of the French regiments during the Battle of Waterloo. It is also the highest pub in the city, being right at the top of the Royal Mile, yards from the Castle Esplanade (where Ewart is interred under a large memorial): 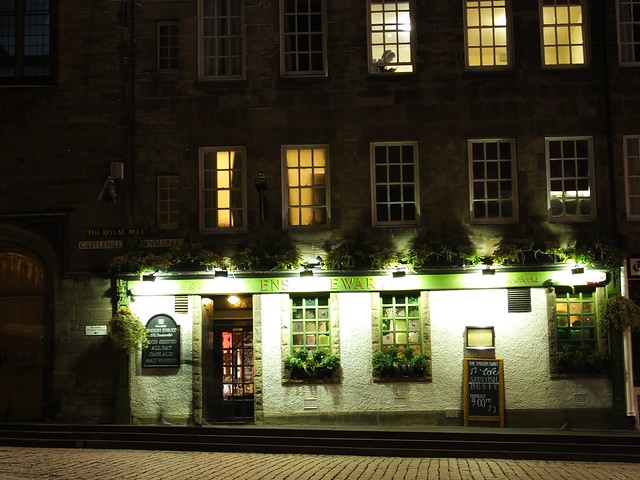 From the entrance to the Castle Esplanade, looking down right from the start of the Royal Mile, which runs down from the Castle along the spine of the steep volcanic ridge the Old Town is built upon, to the Palace of Holyrood at the bottom end. You can see the 19th century attraction of the Camera Obscura on the right, still a big draw with tourists today 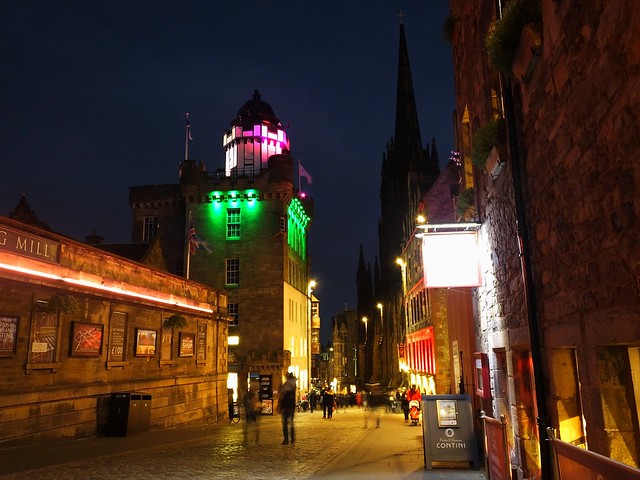 And there’s the Outlook Tower of the Camera Oscura on Castlehill, quite a prominent landmark: 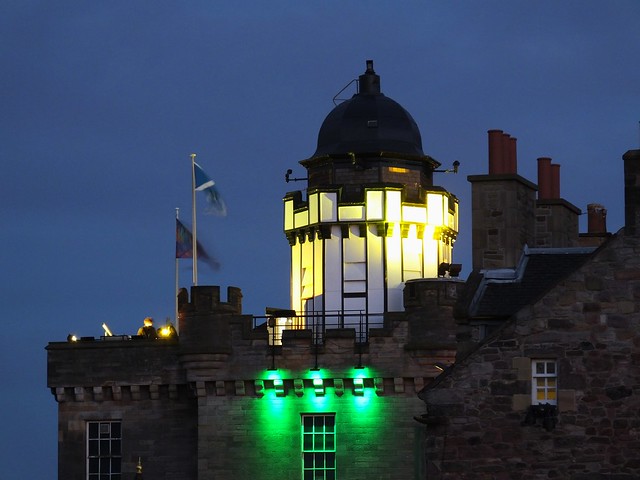 A view from high up in the Old Town looking down and across the Georgian-era New Town – in the upper centre you can see the green dome of the Royal Society of Edinburgh and in the distance the Firth of Forth, with a moored oil rig near one of the yards on the Fife side of the river (click to see the bigger versions available on Flickr): 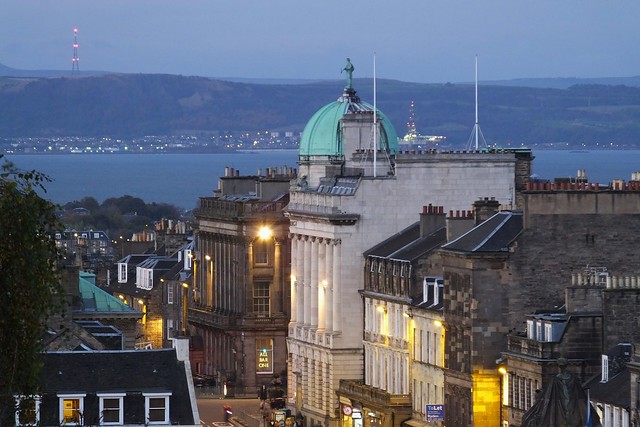 The distinctive Ramsay Garden block of very expensive apartments, right by the edge of the Castle Esplanade, high up on the ridge of the Old Town, a mixture of Scots Baronial architecture with some more unusual additions. This is the view from the Esplanade at dusk, the front of the structure is a major landmark on the Old Town’s steep-sided facade as viewed from down below in the New Town: 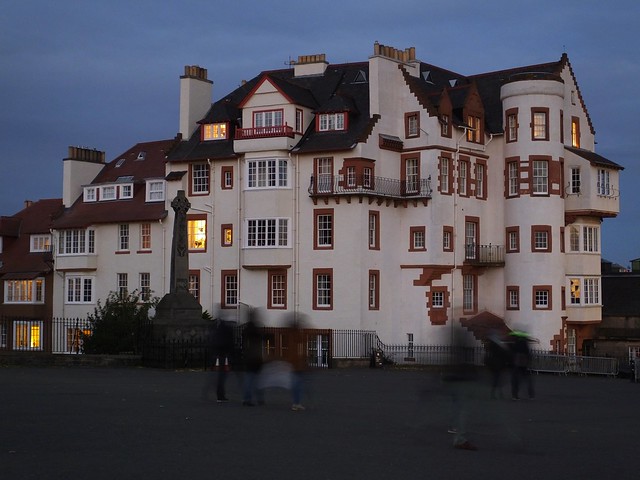 Down in the Grassmarket, this is the French Connection, a Scottish-French food takeaway – from the looks of the second picture the bloke inside had spotted me lining up my shot! 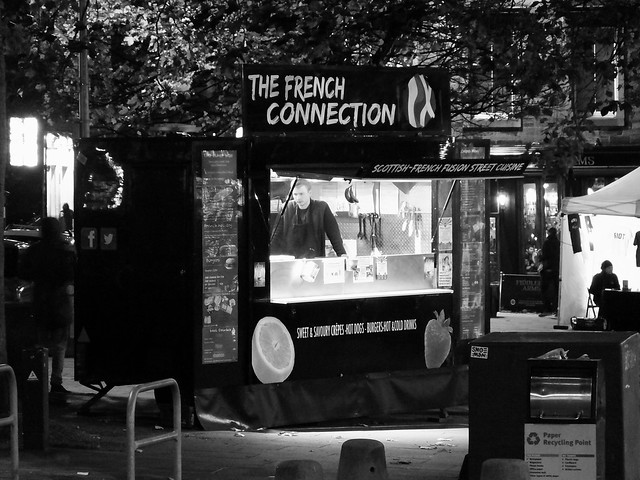 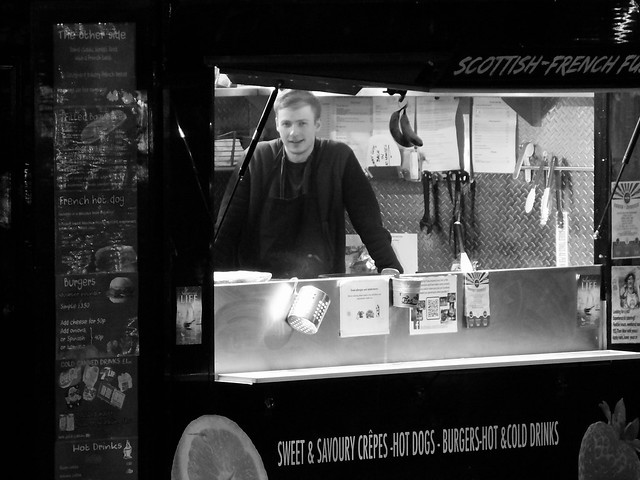 A little late night art-browsing for this couple on Victoria Street: 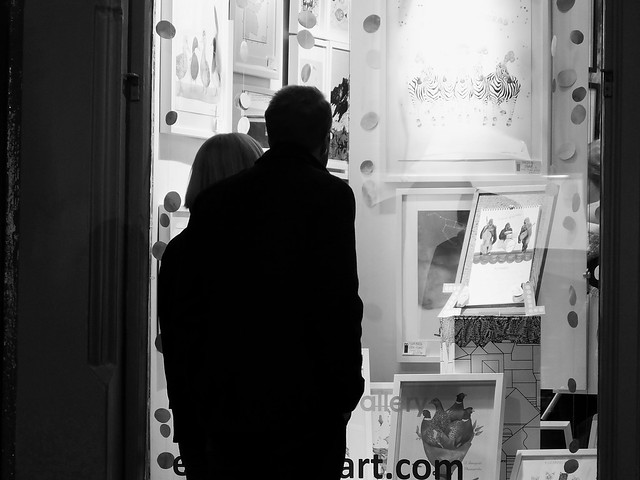 Boswell’s Court at the top of the Royal Mile, named for Doctor Boswell who lived there, a 17th century group of structures yards from the Castle, although much modified in the Victorian era. Doctor Boswell’s more famous nephew, James Boswell, biographer of Samuel Johnston, reputedly dined with the grand man of letters here. It is now home to the Witchery, a posh restaurant and supposedly the most haunted dining place in the city. 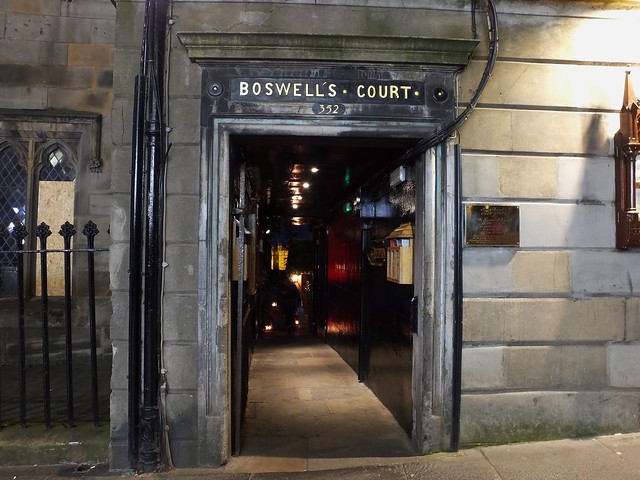 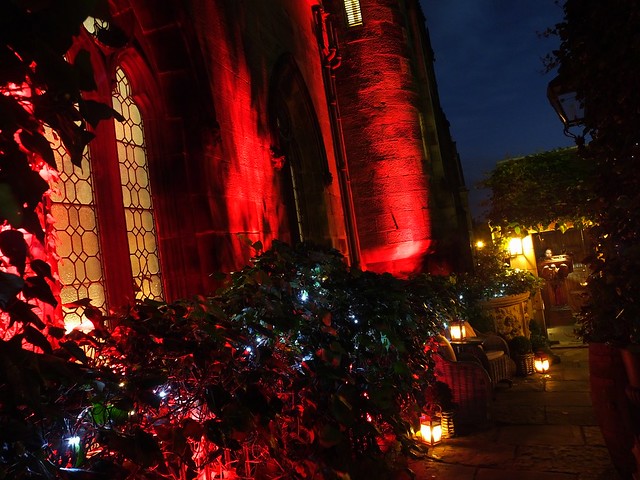 And some views of Edinburgh Castle from the Esplanade, just a little after the winter sun had set, still a tiny glimmer of light in the western sky behind the Castle – was much darker to the naked eye, but more obvious in a long exposure pulling out as much light as the camera could soak up: 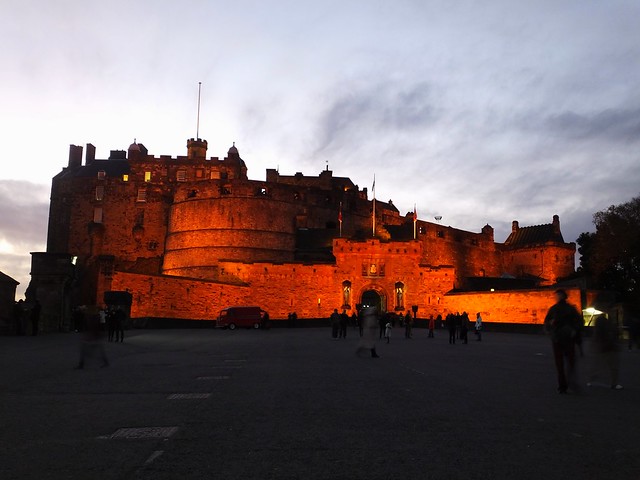 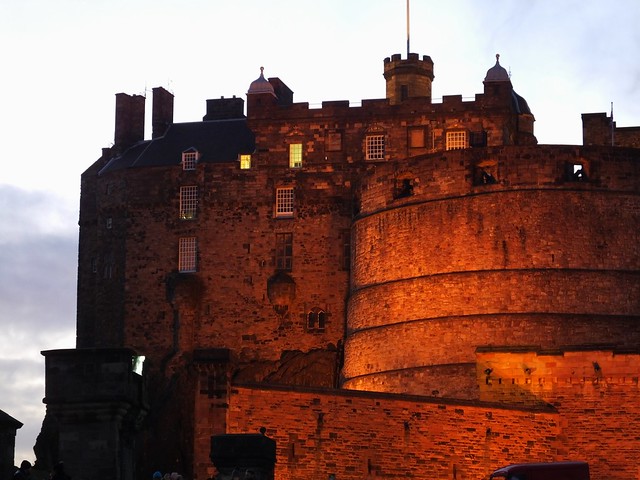 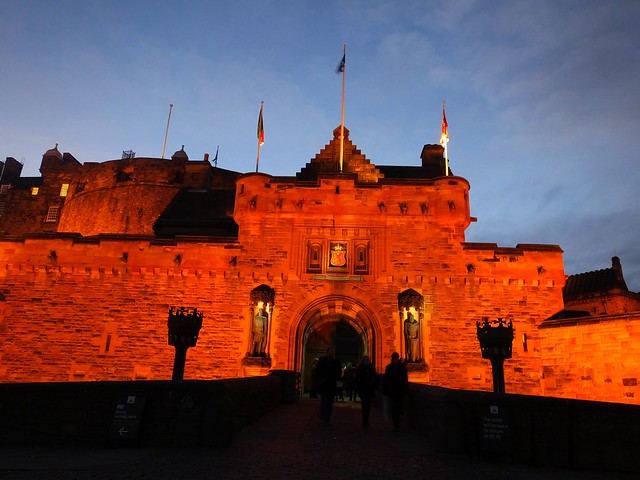 And the Castle gates, now closed for the night, guarded by the stone sculptures of two of Scotland’s greatest historic heroes, Sir William Wallace and Robert the Bruce, King of Scots, instrumental in the Wars of Independence back the late 1200s and early 1300s: 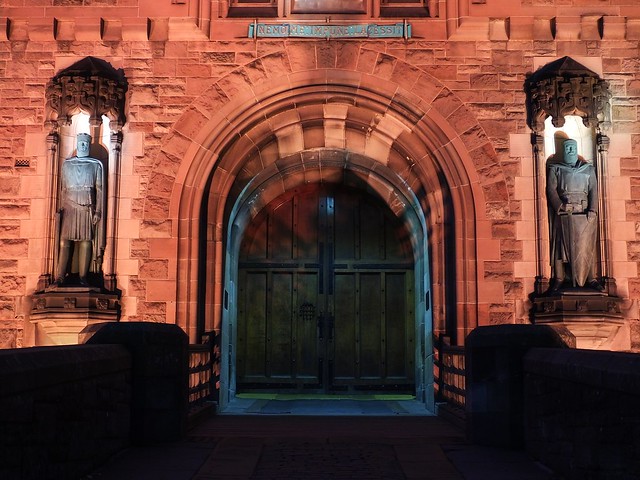