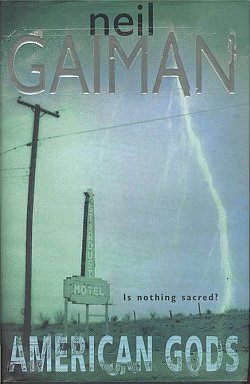 Yep, today is apparently the fiftieth anniversary of the granting of the patent for one of the best toys ever invented in the entire history of the world, Lego. How great is Lego? And how unfair is it that once we grow up we’re not supposed to play with it as it is an immature thing to do, leading to us buying sets for kids in the family then ‘helping’ them build stuff with it… From the simple bricks first patented back then to the dizzy heights of Lego Star Wars, how bloody cool is Lego? Do I care how immature that makes me sound? Nope. Lego’s great and we all know it.(link via Boing Boing)

Not being overly taken with monarchy I wasn’t paying much attention to the coverage of the Queen and Prince Philip’s diamond wedding anniversary this week, until this evening when I saw a segment of a report from Malta where the pair have gone (as they did after their wedding in 1947) on ITN this evening. There’s Romilly Weeks and her amazing cheekbones reporting from Malta; she says something I’m not really listening to as I’m deciding what to make for dinner, something like how this is an unusually public display for a normally private couple and how romantic it was. Unaware that behind her Prince Philip has walked past, stopped right behind her listening, big grin on his face, she finishes, turns and sees him laughing and he says “is it really?”, laughs and walks off. I’m not normally a fan of Phil the Greek but that was funny.

Welcome to the Space Age

As Russians mark the 50th anniversary of planet Earth’s first satellite, Sputnik, taking flight IEEE Spectrum has an interview with the legendary grand old man of science fiction, Arthur C Clarke (link via Boing Boing). Clarke, of course, before becoming the hugely influential SF writer he would later become (we’re talking about a man who talked to presidents and kings as well as scientists and writers – also one of the few who was so respected he was friends with both astronauts and cosmonauts during the Cold War) wrote a speculative paper in the 1940s in which he imagined using geostationary space stations to act as relays for beaming radio signals across the entire globe, pretty much what we now have with a legion of satellites linking us up in ways we don’t even think about anymore – we use phones and watch TV largely without considering the world-changing technology which brings it to us so damned easily. All starting with a little silver ball called Sputnik going beepbeepbeepbeep around the world.