Today marks the 300th anniversary of the Scottish parliament choosing to dissolve itself and merge with the English parliament to make something new in the world, something called Great Britain Plc. Three centuries on and the Act of Union remains contentious in the UK, not least here in Scotland; with an election looming for the devolved Scottish parliament this spring and the Scottish National Party looking like taking a big slice out of Labour’s share of the vote it is all being discussed again.

I remain unconvinced either way on calls for complete independence or remaining in the Union – I can understand arguments on both sides, but also recognise a lot of it is not based in reason but in rhetoric and sentiment and not a little bigotry and prejudice (on all sides), which isn’t really the best basis for an informed decision, not to mention much of what is discussed being based on a very poor understanding of history. One thing is true, however – the actual people of Scotland have never had a say in this matter. Bribery and chicanery were used to make sure those in power in Edinburgh came to the desired decision, not the best basis for a partnership, while the actual people were not consulted. 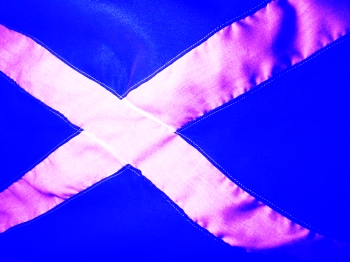 What is also true is that if the Union is to stay it needs to be updated and modified, especially in the wake of Welsh and Scottish devolution – for starters the imbalance this created needs to be redressed with the rather obvious introduction of an English parliament to deal with purely English matters rather than pushing it through Westminster. Really this should have been done when the Welsh Assembly and Scottish Parliament were set up, but for some reason it has taken this long for a large number of people in England to come to the conclusion that they need it (perhaps they should thank the Welsh and Scots!).

So I am unsure what route to go down, should a referendum ever come up, but independent with the EU (er, wow, that makes a big difference right enough!) or remaining within a Union with devolved powers to each of the constituent nations Scotland will still be Scotland, still a mixture of history, heritage, science and poetry, fact and myth. And on the subject of possible independence again after three centuries I will just say this: how hard is it to split up your CDs when you break up with a partner? How much harder to divvy up parts of a state?