I was deeply saddened this morning when I heard the news of Christopher Reeves’ passing. There are many people far better qualified to write a memorial to him than I, so instead I’ll just say a few words about what he meant to me, and, I suspect, an awful lot of other people. A couple of years ago I was given a special edition of the first Superman film on DVD. I first saw this as a young boy who devoured comics back in the late 70s. I had the comics, the Superman wallpaper, toys and T-shirt (I still wear one occassionally; I really had to put it on today). Chris Reeves brought him alive for the ten-year old me and was so wonderfully perfect in the role – he was Superman for a generation of kids.

Much as I love the more complex nature of the Dark Knight or the realistic problems of Peter Parker’s Spider-Man there has always been something great about Superman. He was, after all, the first of the great superheroes – he defined what a hero was for over sixty years and became a cultural icon the world over. Reeves captured that spirit wonderfully – the first film especially is so full of heart. I can’t watch that scene where he first changes into Superman without feeling a rush; John William’s perfect score starts to play as he runs across the street, the camera zooms in as he reaches up and tugs back his shirt to reveal the big S… It’s a fabulous movie moment and one so iconic that the first Spider-Man film paid homage to it. When faced with the horrendous accident which left him crippled Reeves showed that he could do more than play at being a hero, facing his adversity and by doing so becoming a whole new kind of heroic icon to many suffering similar problems and those who love and support them. Most of us, broken so in body would also be broken in spirit, but it’s amazing how someone who was now confined to a wheelchair could stand his ground.

He played many roles over his career – even acting and directing after his accident, including a role on the Smallville series. But it is as Superman I think many of us of a certain age will remember him most fondly; he made my childhood a better place and years later it still makes me happy to watch that film again. That’s not a bad thing to be remembered for, is it? Making people happy and giving them inspiration? He said once after the accident that come what may he hoped he would be remembered after he was gone as someone who never gave up and who tried his best. He played the legendary Man of Steel and if his body was sadly as vulnerable finally as the rest of we mortals I think we can say truthfully that his spirit was one that could convince even a cynic that a man can fly. 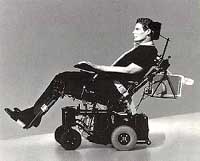 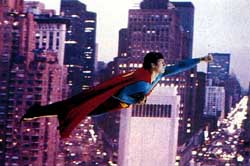