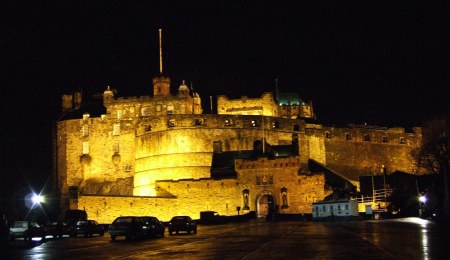 It tried to snow today but alas it didn’t lie in the city. I decided to try out the new camera after work and took the scenic route home. This is Edinburgh Castle from the Esplanade, where they set up for the Military Tattoo in August. 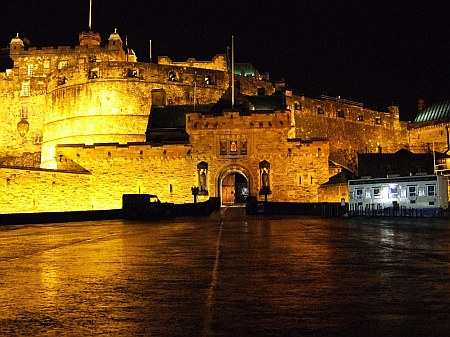 One drawback to trying out the night settings of the new picturebox at the moment is it means taking my gloves off, so my fingers were chilled to the bone after just a few minutes of snapping, but hey, worth it – I mean that’s what you call a front door! 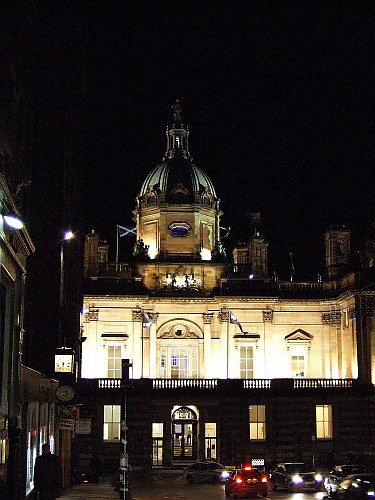 The Bank of Scotland Building on the Mound 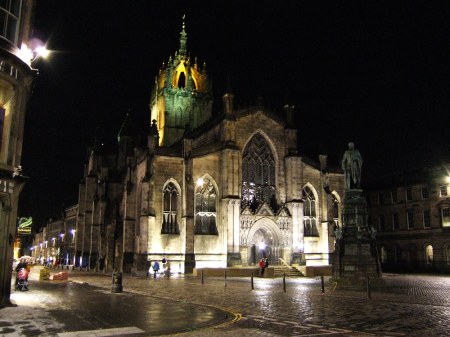 Saint Giles Cathedral on the Royal Mile, complete with bagpiper still playing away for tourists even on a freezing January night. Just think, this is one of the spots I took my Fringe pictures from back in August.

Amazing what you can find down one of the many wynds and closes (that’s like an alley to non-Scots) sloping off the Royal Mile. I’d never seen this before – by day I’d probably miss it, but at night it was lit up and drew my attention to this painted wood ceiling in the close. 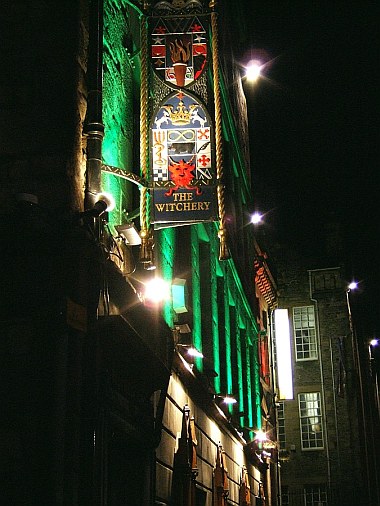 The Witchery, right at the top of the Royal Mile, a few yards from the Castle. Supposedly the most haunted restaurant in Edinburgh and almost impossible to book on Halloween. Now with eerie green lighting, so it really must be haunted! 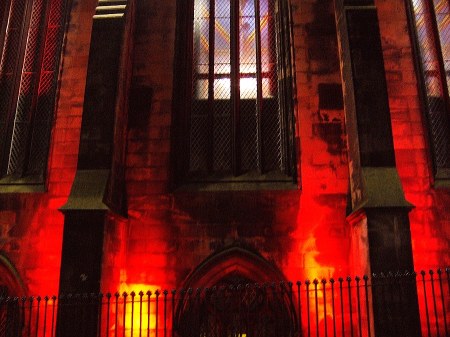 The Hub, an old church turned into the centre for the Edinburgh Festival as well as a cafe (with a nice open air bit on the other side which is great in the summer, right round from the Castle) and a performance space upstairs (where you can see the blue ceiling through the window). Caught some nice concerts in there and on one memorably night HarperCollins plied me and some bookselling colleagues with lots of single malt, oatcakes and cheese at the launch for a new book on whisky. Like their lighting arrangement, makes the old church look rather demonic.