From dusk to dark, Edinburgh to Glasgow 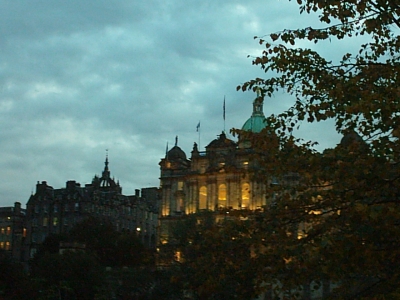 The night falls far earlier now – these were shot the week before the clocks went back for winter just after leaving work, autumn dusk falling as a glowering sky gives way to evening. The floodlit building is the headquarters of the Bank of Scotland on the Mound. 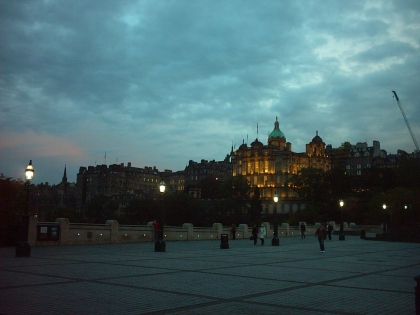 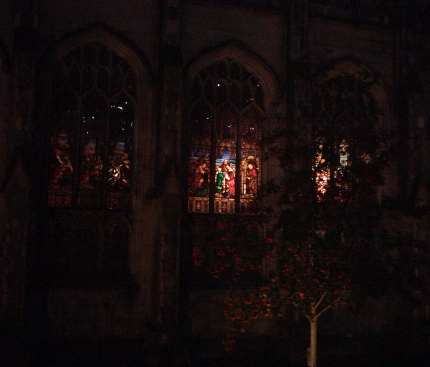 Same sort of time a few days later, after the clocks have gone back and it is now full darkness by the time I leave work. Some find these months depressing, but I love the long nights; the warmth and light of the pub never looks as inviting as it does from outside on a cold, dark winter’s eve. And there are other compensations too, such as catching brief glimpses of the stained glass windows at Saint John’s on Princes Street from the top deck of a busy bus on the way home. I’ve said it before: the city gives out little presents in our days like this if we look and listen to it. 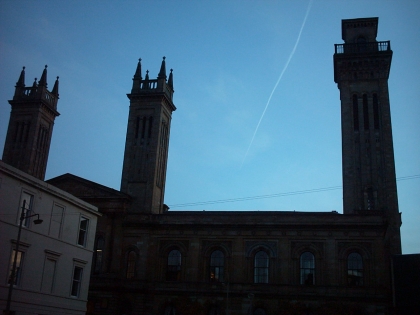 Glasgow for a change, the city of my birth, heading up towards Park Circus for an event at the Goethe Institut (first time I’ve been back there since I was studying German at school, which was so long ago we used slateboards and chalk instead of pen and paper… Check out the first article reporting on the event I’ve posted over on the FPI blog, after much laborious transcription). This building came into view as I walked up the hill towards Park Circus; I wouldn’t even have passed it except the other way which I planned to go was blocked off for demolition work so I had to go the long way round. Saw this outlined against a sky rapidly losing its light to the sinking sun, grabbed the camera and was glad I had come this way. 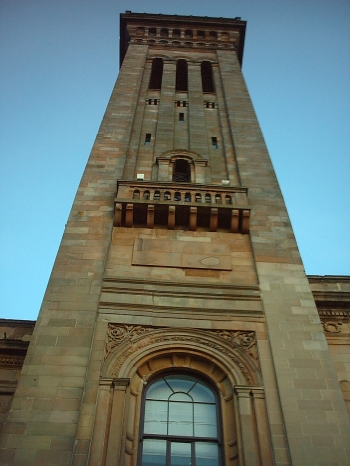 Another view of the Trinity – it looks light because it is high up on a hill and catching the very last rays of sun warming the sandstone blocks, but in fact the twilight would have faded to night only twenty minutes after this; a large, hazy moon was already climbing the heights and claiming the sky. 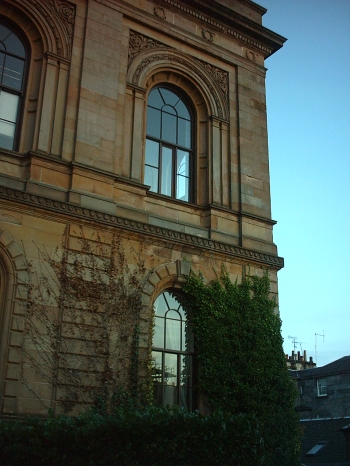 Edge of the same building, just loved the way the plants clung to it. 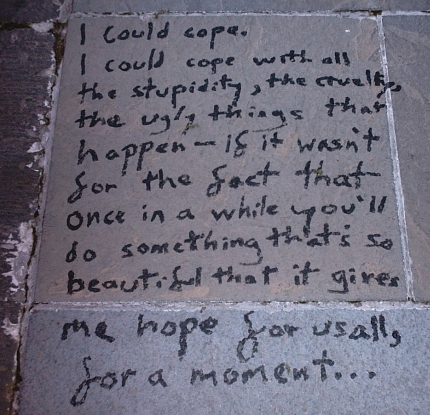 And my favourite picture from my trip to Glasgow and also a wonderful piece of serendipity since I had no need to go round this street at all, but after taking pics of the Trinity I felt compelled to go this way round instead of that and just literally walked over this piece of poetry written on the pavement. To the east, shadows and rising moon, to the west a glowing sun departing over the Atlantic, beneath my boots, chill, gray paving stones and some verse someone had added to the street itself. I’m sure I recognise this from one of my own poetry books, but I can’t place who it is by. Doesn’t matter – it was an accident I went this way and chance I noticed it at my feet (which is probably how the writer intended it to be, a surprise) but it made my day, so thank you whoever decided to set verse to stone. This is why I learned to look and listen, or I would miss these tiny presents that make life suddenly magical.