Oh, fascinating new book coming up on Lovecraft by the author of Atomised, Michel Houellebecq: H.P. Lovecraft: Against the World, Against Life, which I added to the books on the FPI site recently – I couldn’t resist it and since we sell Cthulhu RPGs and other items it makes sense (plus I just wanted to get it on there!). Lovecraft has always fascinated me since my teens, especially the lasting influence and legacy he left behind (much of it built up after his death by his friends) and, like Poe, is one of those authors I come back to again and again. 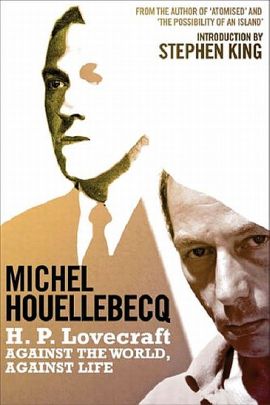 His horror is fascinating and disturbing, full of dark dread and it continues to influence artists many decades after his death, from those openly paying homage by writing a Lovecraftian short story (Neil Gaiman, Stephen King and a gazillion others) to those who have their own unique literary voices but are clearly influenced by Lovecraft and the Chtulhu mythos, such as Clive Barker and, of course, Mike Mignola with the fabulous Hellboy stories. I think I may need to have a look at this. And on the subject of Hellboy, the collected graphic novel edition containing the first new HB stories since Conqueror Worm (which referenced both Poe and Lovecraft to great effect, plus mad Nazi scientists thrown in along with Lobster Johnson!) came out a few weeks back. Strange Places collects The Island and Third Wish mini-series, filling in some gaps in HB’s story and continuing from the end of Conqueror Worm where he resigns from the BPRD and heads off to Africa. Needless to say there is copy on my groaning graphic novels shelves. 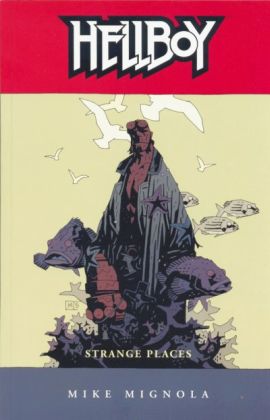