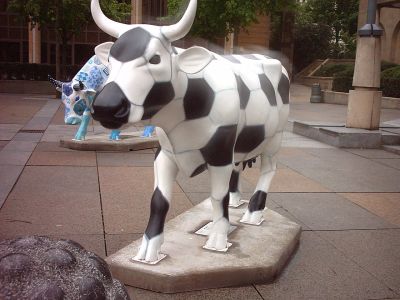 Football cow, the only comment I will make on that sport as the World Cup begins, since I really dislike footie, other than one other comment which is that could BBC Breakfast News please remember they are supposed to report News and put the sport in the sport section??? Sick of football infecting the whole of the part supposed to be taken with actual news when it has its own slot in the programme already. And please, please, BBC, remember this programme is going out to the whole of the UK, not just England, so dial down the sheer overload of St George’s flags. Nothing wrong with showing some support but this week was ridiculous – do we really need the weather read by someone sitting in an inflatable chair covered in a giant St George’s cross? And just in case that is too subtle they need to stick two more flags in the arms of the chair, then pan over to a barbecue festooned with more…

This isn’t an anti-English rant, so don’t take it that way, its just that when a UK-wide supposed news programme shoves so many English flags down the viewer’s throat inside an hour instead of actual news it is more jingoisism than I can stand – I’d be just as annoyed if it were St Andrew’s flags, although strangely enough that never happens on the UK-wide BBC… Not that they are biased in favour over one part of the kingdom than the rest of course… And as someone who can’t stand footie I try to avoid the massive amount of coverage the World Cup generates (its even on the history channels today for pete’s sake!), but it gets everywhere; like Big Brother or those bloody irritating dance, song and Apprentice programmes I avoid I end up getting the damned things by proxy as they leak into news programmes and papers… Oh well, it gives me more time to dedicate to books and my movie collection I suppose! Hey, BBC, since I will be avoiding most TV for the next few weeks due to your relentless attempt to spoon feed me football and flag waving can I have a rebate on my license fee for the month? Anyway, rant over (sorry, the bloody ads every few seconds with footie themes are bad enough, the Mars Bar guy needs to die with sharp things in his head – I won’t be eating Mars for a long, long time now – but the BBC Brekkie News pushed me over the edge yesterday) – now we return you to the scheduled programme of more cows. And before some wag says it in comments, yeah I know I shouldn’t have a cow, man 🙂 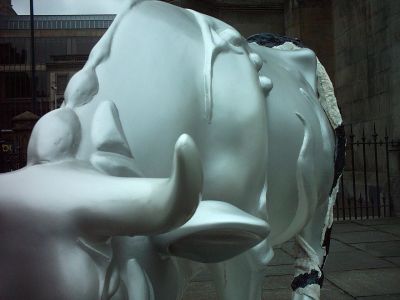 This cow is sporting a nice off-the-shoulder number 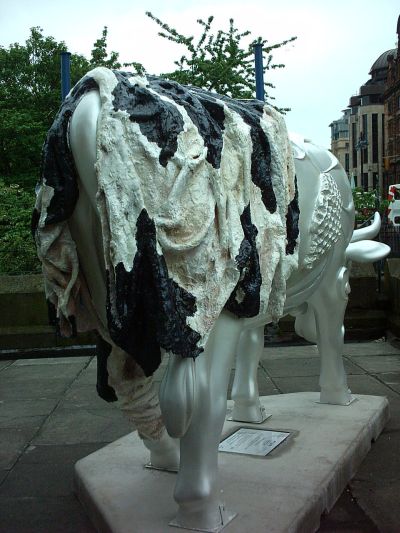 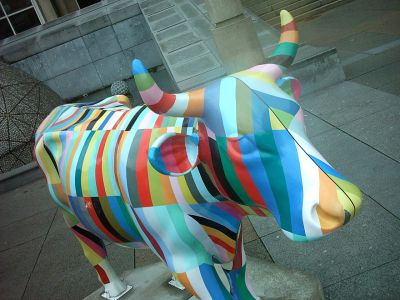 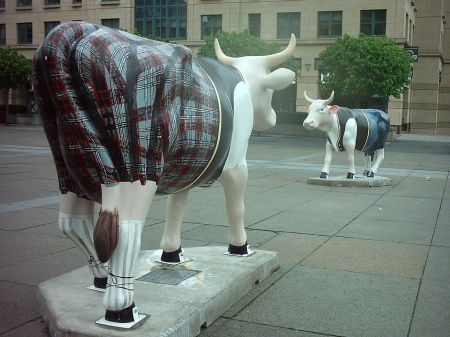 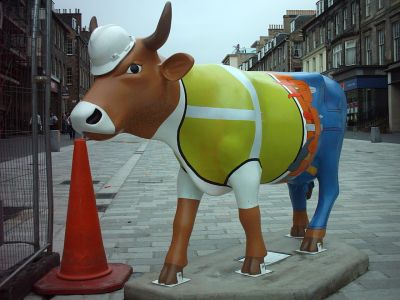