It’s no secret that I love animation in all its myriad forms – I am, after all, a Seventh Day Cartoonist – and I was damned lucky to be sent a copy of Best of BAA Volume 6 (that’s the British Animation Awards) to review after I had covered this year’s shortlist then the actual winners over on the FPI blog. It isn’t your mainstream animation for the most part, although there are clips and trailers from more commercial fare like Wallace and Gromit as well as winners selected by popular public vote for categories like best animated music video. It is, however, a fabulous collection of very different material using all sorts of animation techniques from the deceptively simple (plain white background, ink drawings) to CGI.

The sixth volume has just been released with the latest crop of winners on it along with the first three animations from Minema Cinema, which grew out of a workshop designed to teach schoolkids the fundamentals of scripting a play, writing dialogue etc, but not changing the kid’s words or style, with the plays performed by professional actors. They had the bright idea of trying this out in animation and the sixth volume boasts the first three, with introductions by the kids (someone at 13 shouldn’t be so damned talented!). 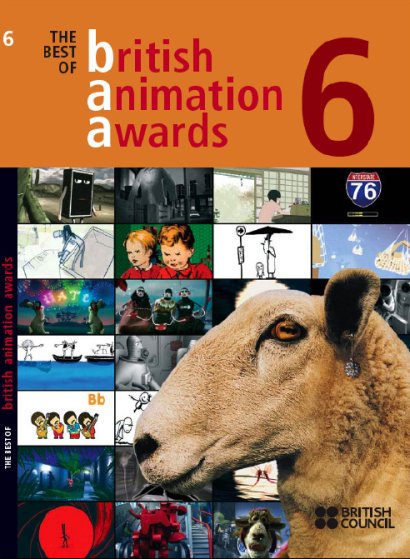 As with any form of compilation it is a fair old mix of styles and themes and rather than repeat myself I’d direct anyone interested in quality animation (and in supporting and nurturing new talent) to a much longer post on the series which I posted here on the FPI blog while I go off to watch some more because when I went back to work on Monday I had the wonderful surprise of some more Best of BAA which I had very kindly been sent (thanks to Jayne and the BAA folks who have their own site here) and am going to seriously enjoy watching.