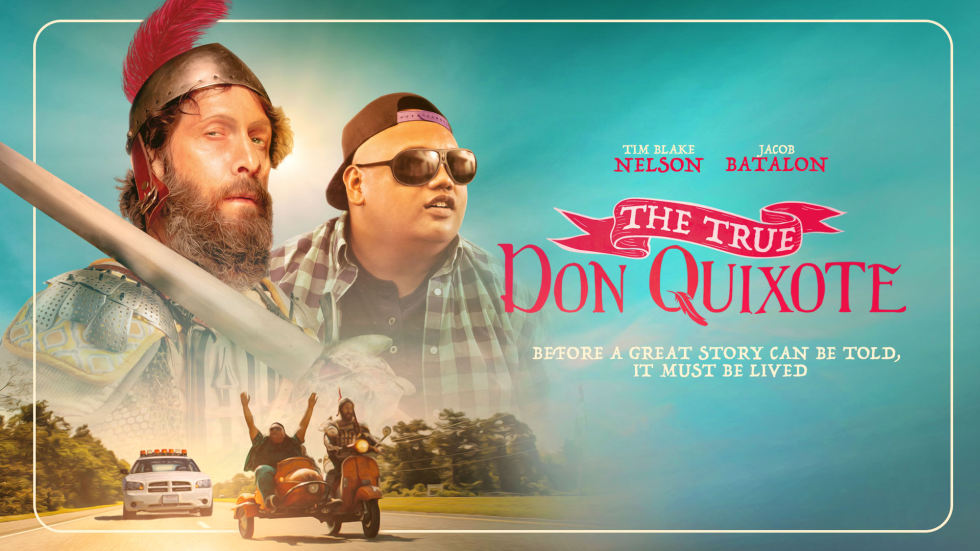 “Once you’ve seen how life could be, you can no longer see it as it is.”

I’ve long loved Miguel de Cervantes and his immortal The Ingenious Gentleman Don Quixote of La Mancha, the first part of which was published in Spain in 1605; for over four centuries it has been regarded as a classic work of literature, and a major influence on so many other creators (could De Rostand’s glorious Cyrano exist without the Don?), and here, once more, that story inspires new telling. Quixote has long since entered the imagination of so many around the world; the tales even give us the term “quixotic” to describe someone’s character; few works of art so enter our world quite on that level.

Chris Poche both adapts Cervantes and directs here, working from the first book. And while you don’t need to have read the full text – I’d imagine while many may not have read it all, most are familiar with the basic idea – as a long time admirer of the Don, I was pleased to notice how many beats from Cervantes Poche plays upon. The dreaming man, surrounded by his books of ancient chivalric deeds and quests is happy among the pages, away from the disappointment of real life, until well-intentioned family (in the books his housekeeper and a local priest, trying to help him, here Ann Mahoney’s Janelle, his niece, who lives with him) burn his books in a desperate attempt to bring him back to reality.

Of course it has the opposite effect – Daniel Kehoe (the brilliant Tim Blake Nelson – Oh Brother, Where Art Thou) becomes Don Quixote de la Mancha, in home-made armour, and sets off on his questing, finding along the way his noble steed (a battered old scooter and sidecar which he makes off with) and a squire (Spider-Man’s bestie, Jacob Batalon). Instead of freeing galley slaves, the delightfully demented Don attacks two police officers overseeing prisoners on a work detail, rather than the legendary tilting at windmills, he mistakes an oil derrick for the giant he must battle; there are even some of the scenes from the inn, all beautifully, rather joyfully translated not into the medium of film, but also to fit the contemporary setting (Louisiana), deftly done, managing to bring it into the modern world yet maintain the heart and soul of the original story. They even keep the “the balm of Fierabras” segment (no, you really don’t want to drink this miraculous cure-all!)

Nelson is, as ever, quite wonderful, and his Don Quixote holding forth on chivalric deeds in a broad Southern accent is a delightful mix-match and contrast, while Batalon begins as a fairly passive character, drawn along by Nelson’s Don, but slowly becoming something more – rather pleasingly Batalon’s Kevin/Sancho Panza manages to straddle both the ludicrous yet enticing imaginary world Don Quixote sees with the real world around them, trying in both to help him. The police are hunting them down, many scorn them, yet some are won over, but we know that this cannot continue – it’s the modern world, and just as Cervantes had his modern world that saw Quixote and his fixation on chivalry and knightly deeds as old fashioned, even silly in their era, so too there is seemingly no place for a madman running around with a sword in the middle of a neighbourhood, convinced he is on great quest.

Or is there? I won’t spoil it, but suffice to say Poche takes that central notion from Quixote that has drawn so many dreamers to him across four centuries: is it better to be made to face the real world, grounded, practical but miserable, or to be lost in your own delusional version, but happy? And how does that affect those around him too? As to how the real world, the police, the family and the Don and his Sancho fare against all of that, well, you will have to watch the film to see what happens to our battered, deluded, yet pure of heart knight errant. 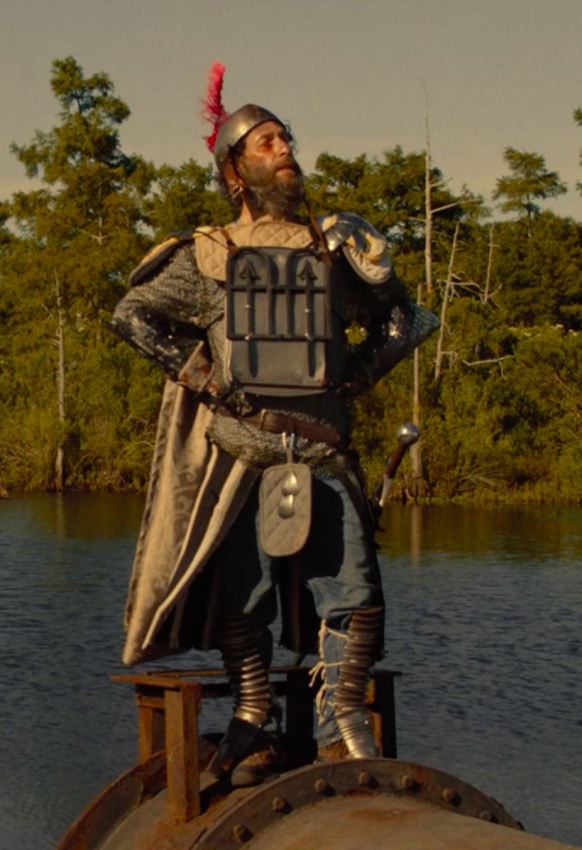 This is an absolute delight of a film, and it is clear Poche and his cast love Cervantes and his noble (if mad) Don – for all his deluded insanity, he’s never played as a fool, and while it is frequently funny, it’s not laughing at him too much (okay, some of the time!), as much as holding a mirror up to our own everyday lives and asking, really, wouldn’t it be magical to embrace a little of this? Poche even manages a sort of short musical number at one point, which had me laughing and clapping my hands in joy.

A film for my fellow dreamers and others who know that we should always charge the giants.

The True Don Quixote is released by Signature Entertainment on digital platforms from August 2nd.