Recently I had the opportunity to conduct some short ten minute phone interviews (hey, short call is better than no call, I wasn’t going to turn then down!) in the run up to the DVD release of Hellboy II: the Golden Army for the Forbidden Planet blog, which went up over the weekend – I got to talk to two of the cast, Doug Jones who plays Abe Sapien (and is also the Faun in the brilliant Pan’s Labyrinth) and Anna Walton who plays Princess Nuala, then rounded it off with a brief chat with the original creator of the Hellboy comics, Mike Mignola, which was an extra special treat as I’ve been a huge fan of his Hellboy comics for years. 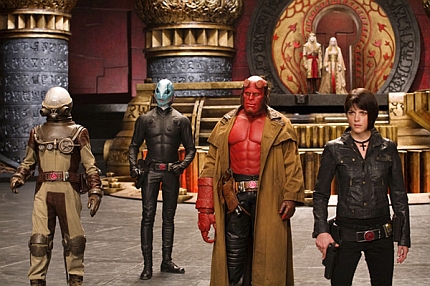