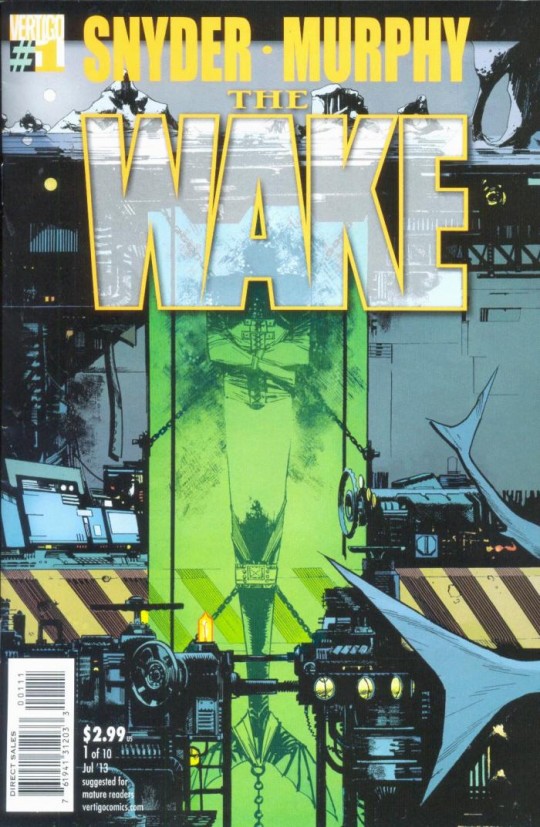 Two of the hottest properties in DC’s table, Scott Snyder (some stunning Batman work among others) and Sean Murphy (the brilliant Punk Rock Jesus – reviewed here – and Joe the Barbarian – reviewed here) working together on a new Vertigo title? Yes, I was curious and naturally I picked it up among this week’s crop of new releases. I was not disappointed – The Wake #1 is pretty much what you want from a first issue, intriguing, setting up some scenarios but only giving glimpses and tastes so you know you not only want more, you have to have more…

An opening prologue sees a woman on an advanced hang glider soaring among once towering skyscraper, now architectural islands projecting from the rivers of what were once streets, a drowned city. Landing she confers with a cybernetically enhanced dolphin before it alerts her to an incoming tidal wave which they try to flee… 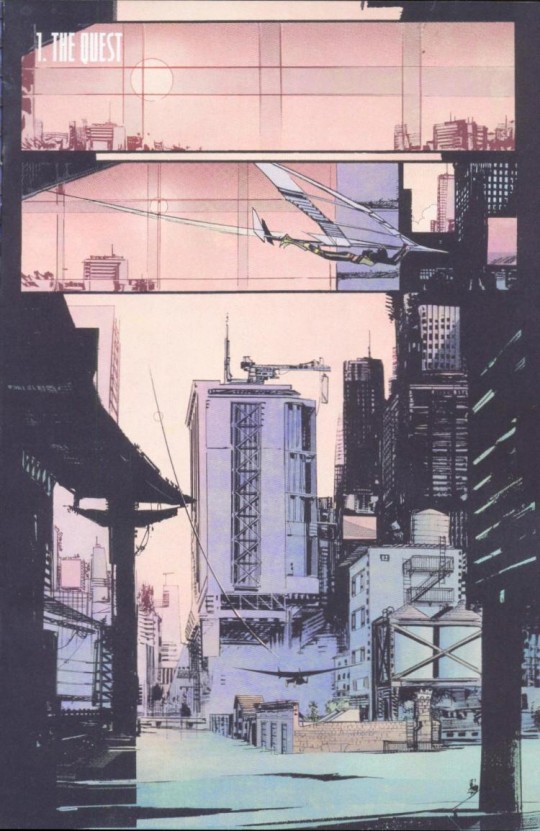 And then after those few pages we’re back, some two hundred years previously we’re told, to what looks like our own present, where Doctor Lee Archer is studying whales, in a beautiful scene where one of those magnificent, gigantic ocean mammals surfaced right by her small boat and even allows her to touch him, while her estranged son talks to her on a video communicator. Her ocean studies are about to be disrupted though; through her camera her son can see a helicopter approaching swiftly behind her. Enter Agent Cruz of the Department of Homeland Security.

Archer, it seems, has a previous history of government secret work and they want her services again, despite her previously leaving under a black cloud (at the moment unspecified). She’s told that they picked up a strange sound in the ocean off Alaska, almost whale-like but distorted and odd, so they need someone with Cetacean interests and an espionage background. The carrot dangled is the classic one – help to get custody of her son back. Of course, you know there is a lot more to this than she is being told (Cruz will tell her several times later he didn’t lie to her, he just didn’t mention certain aspects of events). 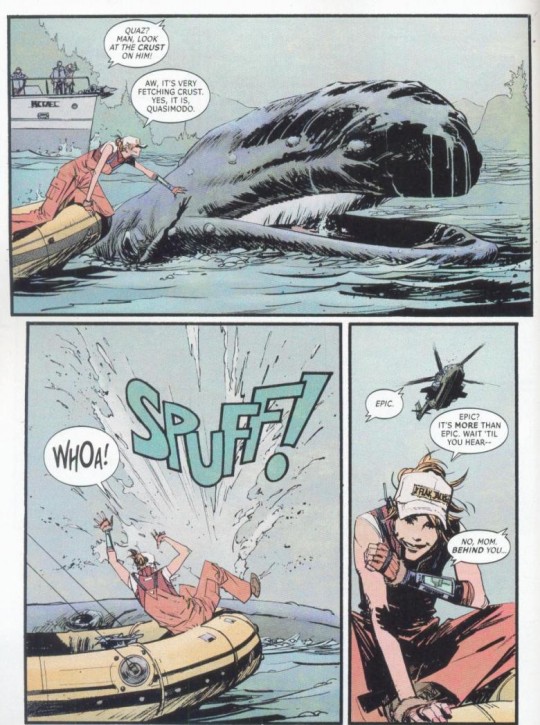 As I said at the start this does exactly what a first issue does – introduces main characters and set up (handled with great economy and efficiency), tickles our curiosity with a barely glimpsed mystery and promise of much more to come so you know you will have to pick up the next issue. Murphy continues to be one of the hot new comic artists to watch and I’m increasingly enjoying his style, not to mention some neat little touches, such as Doctor Archer wearing a Flak Jackets cap (Chris’ band from Punk Rock Jesus). This looks like a pretty intriguing new Vertigo title: a bit of mystery, some relationship problems, a touch of science fiction and even a secret underwater base – a good mix! Well worth getting in on the ground floor on this one, I reckon. 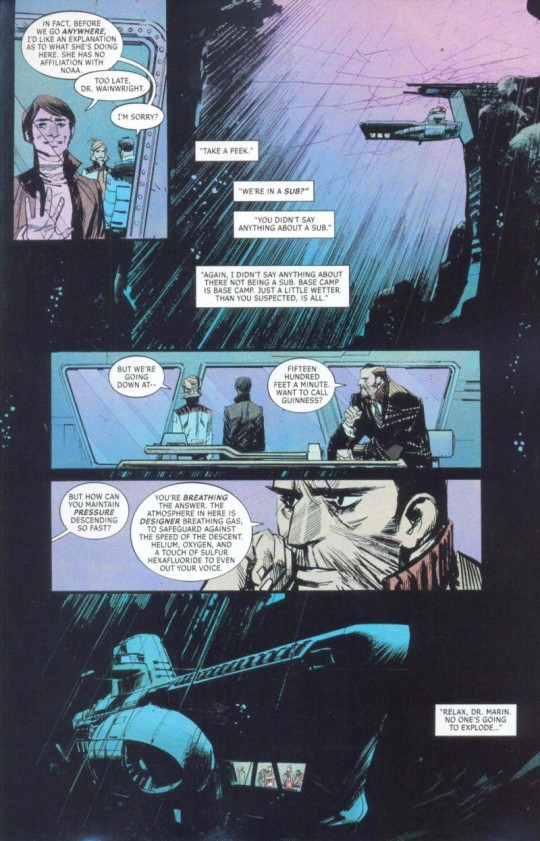