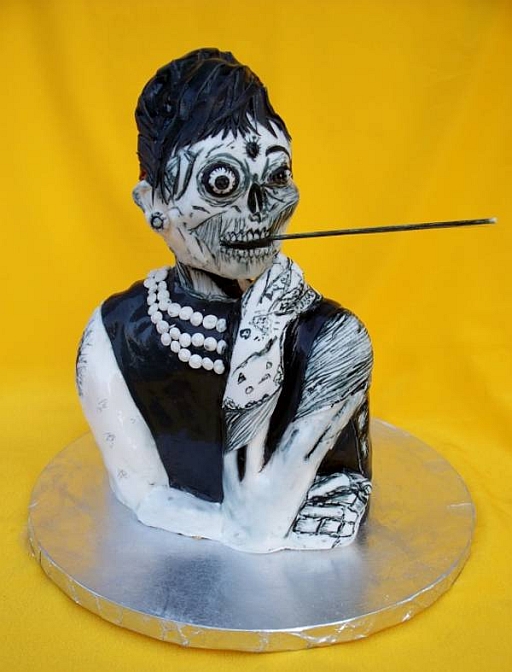 How awesome is this? It’s a zombie version of the immortal Adurey Hepburn as Holly Golightly in the movie version of Breakfast at Tiffany’s – it’s actually a cake based on a t-shirt design for Threadless. Coincidentally I went to a classic screening of Breakfast at Tiffany’s earlier this year, I’d forgotten how much it deviated from Truman Capote’s book, although actually I still love it anyway. Zombie Golightly though, that’s inspired. (via BoingBoing)

“Moon River, wider than a mile,
I’m eating you in style some day.
Oh, undead maker, you brain muncher,
wherever you’re going I’m going your way.
Two drifters off to see the world.
There’s such a lot of world to see.
We’re after the same rainbow’s end–
waiting ’round the bend,
my undead huckleberry friend,
Moon River and me.”