Interesting post on Alterati (via Boing Boing) comparing the late consciousness and drug guru Timothy Leary’s little-known foray into comics with Neurocomics from 1979, exploring his 8-circuit model of the brain (best understood after a generous spliff, methinks) and comparing it to the Promethea series by the great, transcendental, bearded god of comics, Alan Moore, along with a link to a torrent of a scanned version of the comic:

“Promethea is a survey and summation of western occultism through a very self-conscious and post-modern lens, and the techniques that Alan Moore and the artists he works with throughout the Promethea run appear in somewhat abbreviated form in Neurocomics, but they are there. I would not be surprised if Mr. Moore was at least aware of this particular work, as the delivery of highly symbolic and succinct chunks of information in Promethea and the delivery of psychological models through astrological contexts are remarkably similar. But where the 8 stages of evolution and the astrological model of personality types are condensed into a few short pages in Neurocomics, Alan Moore tackles the whole foundation of the occult tradition of the West.” 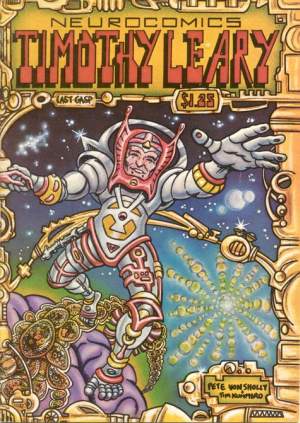