“I would unite with anybody to do right and with nobody to do wrong.“

Douglass may be known to some of you already; for many years his writings have continued to be published by the likes of Penguin Classics and still read more than a century after he died. Frederick Douglass was a slave, who used the small amount of reading and writing he was taught to educate himself further, then to begin to elucidate upon that most despicable of institutions, slavery. Douglass did not confine himself only to the plight of the African slave in America (and other lands), he spoke eloquently and with passion on the inequalities between poor and rich and men and women (in an era where even a rich, white wife was essentially the property of the husband). He was a confidant of President Abraham Lincoln and was pressed by the mourners at his memorial to speak, which, reluctantly he finally agreed to, speaking unprepared and off the cuff he moved the mourners to tears and gained a standing ovation; it is said Lincoln’s wife was so moved she passed to Douglass the president’s favourite walking stick as a keepsake. 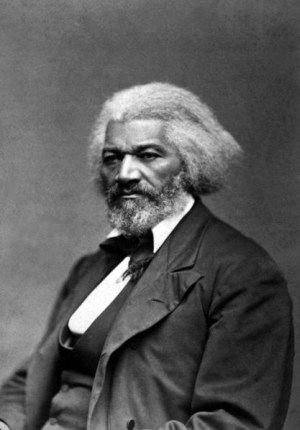 Today marks the 200th anniversary of the abolition of slavery in Great Britain, one of those sadly rare moments where morality, public will and politics all came together to do something good. Soon the British would go from being some of the most efficient at running this diabolical trade to an almost missionary zeal in preventing it, with the sight of a Royal Navy man’o’war something slave ships feared to see as the fleet enforced this law. It is a good time to consider not only our shared history but how that history still informs today. Centuries before this point a Spanish monk pleaded with the crown that the Conquistadors in the New World not treat the natives as animals and slaves because, regardless of their faith a true Christian would still percieve them as children of God and therefore to be treated as equal with anyone else of any colour or creed. The Spanish crown was more interested in exploiting those natives and their land, but the monk’s enlightened words never went away.

Sadly slavery in one form or another has existed for most of human history; even the Cradle of Democracy itself, the Classical Athens of Pericles, the culture most Western nations like to say they draw upon for the basis of their modern, enlightened societies, saw nothing wrong in slavery (and of treating women as second class citizens either). The Spartans who are celebrated in the new film 300 could only run their warrior society by subjugating an entire race, the Helots (which did cause other Greeks to squirm a bit – enslaving barbarians was one thing, but enslaving other Greeks seemed a bit off; the hypocrisy of this notion was lost on the ancients).

Look around your home city today; look at some of the grand buildings in Glasgow and Bristol and London and wonder – how many of these splendid buildings we take as part of our great historical heritage were built with money earned from the slave trade? Or take America, with that remarkable Declaration of Independence and the Constitution – “we hold these truths to be self evident, that all men are created equal.” Alas many of the signatories to that document were happy to own slaves; the Land of the Free was born on the back of whips and iron shackles. A century on from the American Abolition and ordinary folks like Rosa Parks still had to fight for the simple right to sit down on a bus. 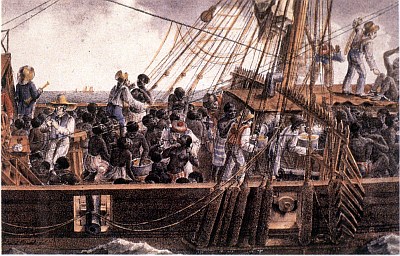 How much did the idea that you could enslave another because they weren’t really as human as you poison societies and leave us the evil bequest of racism, discrimination and hatred that plague us to this day? And far from a Western condition how many African tribes made large amounts of money happily capturing and selling their fellow Africans to white slavers? How many Arab merchants carried on the trade? Watching an interview on the news today I found myself in rare agreement with a journalist from the Catholic Herald when he commented that slavery had, sadly, been going on for so much of our history that we were all, every one of us, in all likelihood the descendants at some point of slaves – and slave traders. Push far back enough… Now there’s a thought, and not a terribly pleasant one; certainly makes you think about that awfully jingoistic dirge “Rule Britannia” where the line proudly proclaims “Britons, never, ever, ever shall be slaves…”

And today? Yes, we may have this awful trade finally abolished in most of the world – remarkable given how many millennia it has been around, outlasting empires and entire civilisations – but the legacy of it is still there, in the way different people are treated differently even in modern, Western societies. It still poisons us. When you see others as different it it too easy a step to then consider them lesser, inferior. When you start thinking that way you walk into hate and bigotry which shackles all of us as effectively as the iron slave collar. It leads into thinking of others as less than human. It leads to discrimination, hatred, violence, slavery and even to the death camp. That’s where that sort of hatred takes us, make no mistake and let no shouting, red-faced BNP bigot telling you “there ain’t no black in the Union Jack” and that all our ills are caused by ‘immigrants’ (including those ‘immigrants’ born and raised here) tell you otherwise.

No, we are not all the same in a pluralistic society, but the way we treat one another should be the same. And yet skin colour, wealth, nationality, gender, even accent still dictate how we are treated. We still have chains to break; I don’t know if we ever can break every last link in those chains, human nature being what it is, but it is still a fine thing to try.