Among all the horrible things going on it is nice to be reminded of some of the beauty also to be found; tonight was the return of Planet Earth on the BBC. Beeb digital screened the earlier episodes in advance of the new ones, with a (presumably deliberate) contrast, with the repeat being of desert life and the new episode of life on the ice. I’d seen the former earlier in the year, but the photography is so stunning in these documentaries that they are well worth re-watching. Even knowing what was coming I was still taken aback at the spectacle of mighty elephants crossing the deserts of Africa (I never knew they did this before) and then a pride of lions. The lions must have been filmed late in the day as the sun was casting great elongated shadows across the dunes and eroded rocks; the kings of the jungle padding across burning desert sands instead of veld, huge shadow lions following them along the dunes. Stunning.

And to the new episode tonight (glad to see they are sticking with the Sigur Ros music, it suits the show so well), as far from the burning deserts as you can get, taking us to the Poles. Deserts again but now of driving snow and where the scorched deserts boasted rock sculpted by eternal winds and grains of sand so the Poles astonishing natural sculptures of ice, glittering blue, seemingly so solid and yet so fragile. Mountains of rock, only barely visible, the rest buried beneath a whole mile of ice and snow. And even here, life. Huge ripples and bubbles break the surface of the icy sea; a pod of humpback whales is blowing air beneath to drive their prey before their huge jaws break through the water and surface (some of this was shot from HMS Endurance, the same ice-breaker from the Falklands War, here on a more constructive mission). All narrated by David Attenborough, of course, a national institution in the UK and surely a world treasure himself. 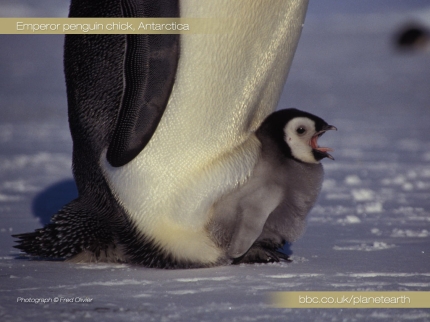 I occasionally moan about the license fee, like most people in Britain I’m sure, but watching such a stunning show about our world reminds me why it is still worth paying (plus it stops the whole of broadcasting ending up like Murdoch’s empire). No-one else is making series like this anymore – many broadcasters no longer have a natural history department. Even people like National Geographic just cannot mount such a long-term project which will mean going all over the world, taking years to film – the Beeb are one of the only ones (perhaps the only one) still doing it. Look at the stunning images and tell me honestly it isn’t worth it. If you are outside the UK watch for it appearing on BBC Worldwide or check out the web site which is full of pictures, facts, video and links. 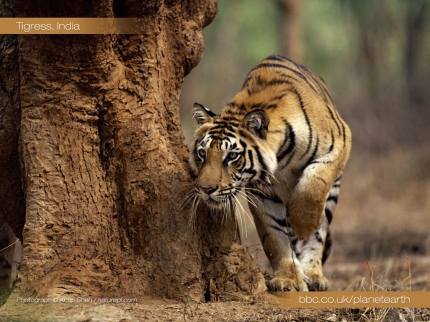