Many cities around the UK have an annual Doors Open Day when parts of buildings not generally open to the public are accessible, usually free as well. Sudden sunny burst of unseasonably warm weather crept in for the last day of September (how can it be October already???) so we headed off into town to do something we really don’t do that often, wander around it and take in the sights. Sure, we walk around town a lot, but usually going to one place in particular to visit it, or to go to certain stores, but not to wander around like tourists. And Despite the lateness of the season the Royal Mile was packed with tourists still. 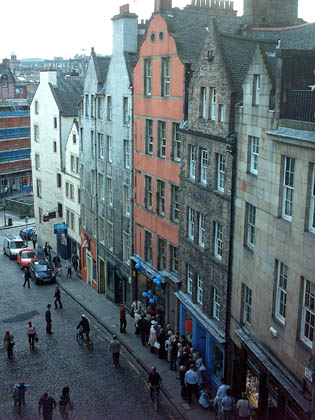 We planned to start with Crockett’s Land (alas Tubb’s Land was knocked down in the late 80s), a building with an unusual Dutch-style front to the top (the teracotta orange building in the pic above), more than likely because it once belonged to a merchant who was one of the many Scottish traders who were active in the Low Countries. Alas, because of the relatively small space within only so many folks were allowed in at a time and the queue was pretty big, so we pressed on thinking we’d come back, except when we did the queue was even larger. Oh well, maybe next time… 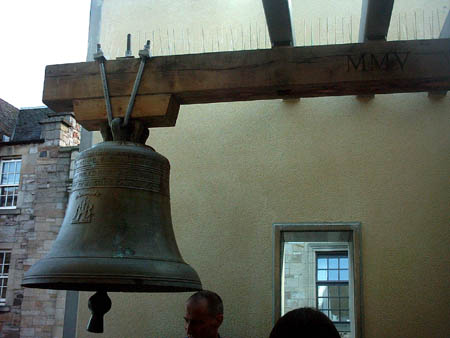 We did take in some other places though, including the new Scottish Storytelling Centre, which is attached to John Knox house (a preacher who really needed to smoke a doobie, get laid and relax then maybe Scottish history would have less sectarian bigotry in it) and is in front of the Scottish Book Trust, with the Poetry Library slightly further down the Mile, so there’s something of a literary ghetto going on. We climbed up to the Bell Tower and got a nice view of the Royal Mile from an angle we don’t normally get to see. 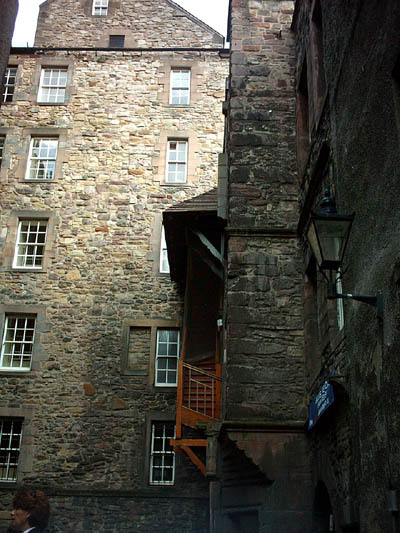 All up and down the Royal Mile you see winding alleys, called closes or wynds, leading off and down the ridge between tall, skinny old buildings. One of these leads to Riddle’s Court; step out of the bright sunlight and the tourist-filled noise of the Royal Mile and down a dark alley whcih opens out into a small courtyard, hemmed in with tall, stone buildings leaning over you. Inside Riddle’s Court the real pleasure was in some of the amazing ceilings, from this incredibly colourful work (sorry not a better pic, it was very hard to shoot this in a small space full of folks with all the wrong lighting). 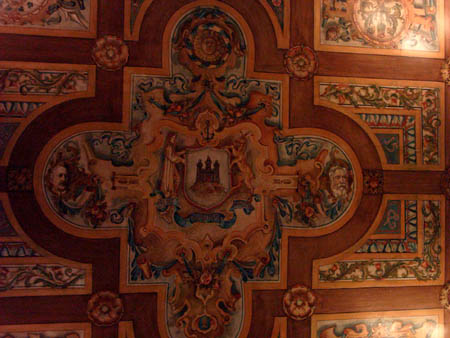 You know what was especially nice in this room? Not only did the staff put chairs around the edges of each room so people could sit down and look up at the ceilings more easily, in this room they had put down a couple of foam mats, like campers use, so you could lie down in the middle of the floor and look right up at this work. What a lovely touch by the folks there – thank you! 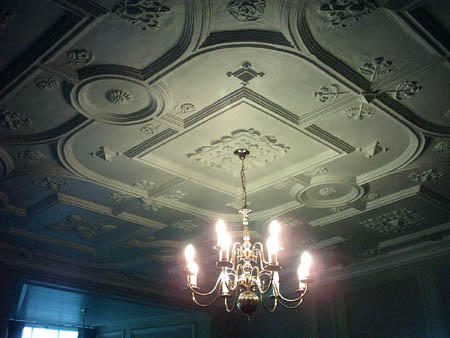 Lovely as those ceilings were, they are the sorts of works that can be seen in many old homes, but this room was something I’d never seen before; sure I have seen wooden beams and yes, I have seen carved and decorated ones, but never quite like this – what an amazing piece of work. 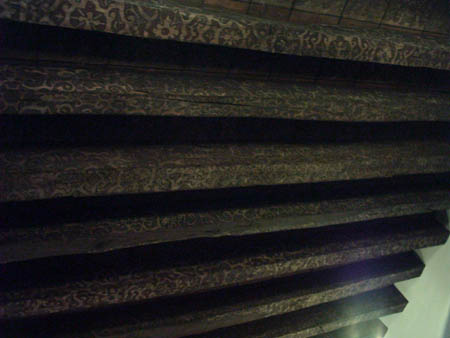 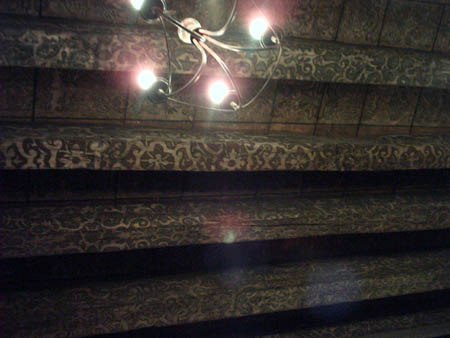 This was in a very small room, probably no bigger than the living room of my flat. Wow. For some reason, from a distance the patterns reminded me of the sort of patterns and textures the animators used on the hulls of the CGI alien ships on Bablyon 5 to make clear they were indeed weird and alien and not human. 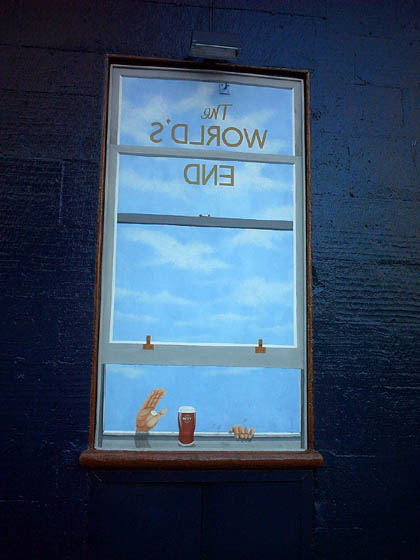 Not actually part of Doors Open, it’s the World’s End pub on the Royal Mile, so called because once upon a time the city wall would have been here so beyond this spot you were in the wilds of barbarians and vagabonds. Part of the old city wall makes up part of the wall inside the pub. The first time I drank there was back in the early 90s; by coincidence it was the same week I was reading the issues of The Sandman (still in its monthly run back then) and the then current story was the tales from the World’s End inn. One of Dave McKean’s covers featured an Tudor-style building teetering on the edge of a cliff. In another coincidence around the same time there was an old inn/hotel down in England which was Tudor/Elizabethan style which was in the new because a part of it suddenly broke off and plunged down the cliffs… Meaningless coincidence but all interesting and always remind me of my first visit to the World’s End. Plus this is a cool pic on the side of the pub. And pubs are wonderful (and here often historical too) and after all this walking around in the warmth we needed to replenish our liquid levels.