That’s Because You’re a Robot, 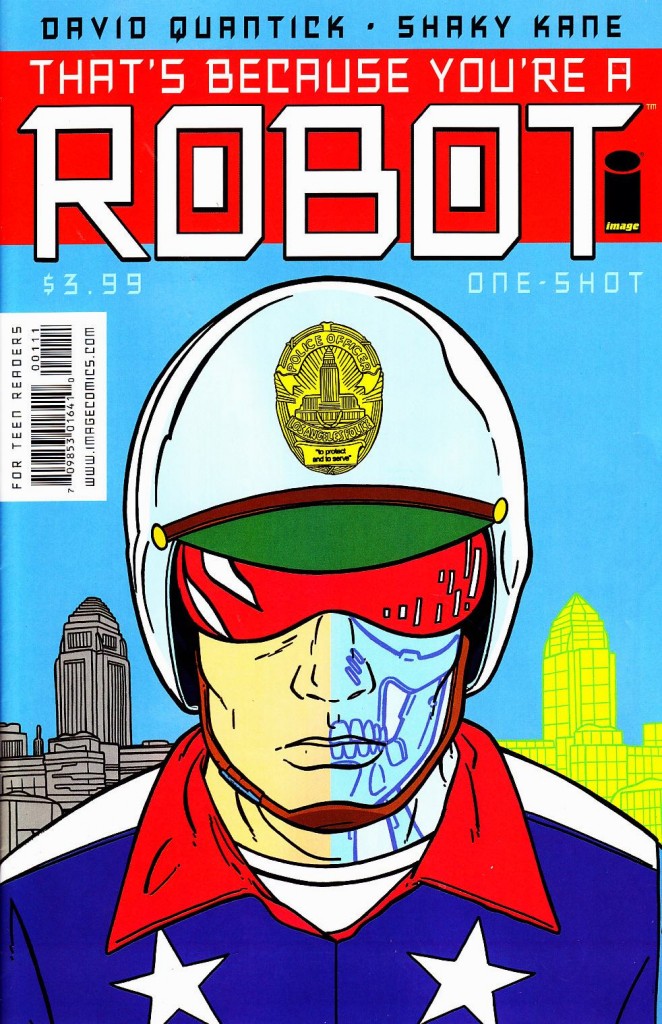 I was intrigued to pick up this one-shot, partly because of the involvement of David Quantick, best known in the UK for his music and comedy writing, but I must be honest, mostly because of the art of Shaky Kane. The story in this one-off is light and simple, but fun – Jeff and Matt, two gung-ho American cops are partners, all ready to rock the world of law enforcement, except the pair of them keep making cock-up after cock-up. Then, right at the start, on the first page no less, their sergeant drops a bombshell on them – one of the duo is a robot. Unfortunately he doesn’t know which of them is robotic and which is the real human cop…

This leads to endless wrangling between the pair as they get assigned to different tasks (and make a mess of them), arguing between themselves over which is the real person, which the robotic fake, constantly pointing out behaviour that might prove robotic origins, until they get taken off their case and put on a stakeout. Which they then proceed to bungle as well. Or do they? Was there more going on here than they realised, were they – human and/or robot – really part of some larger scheme? 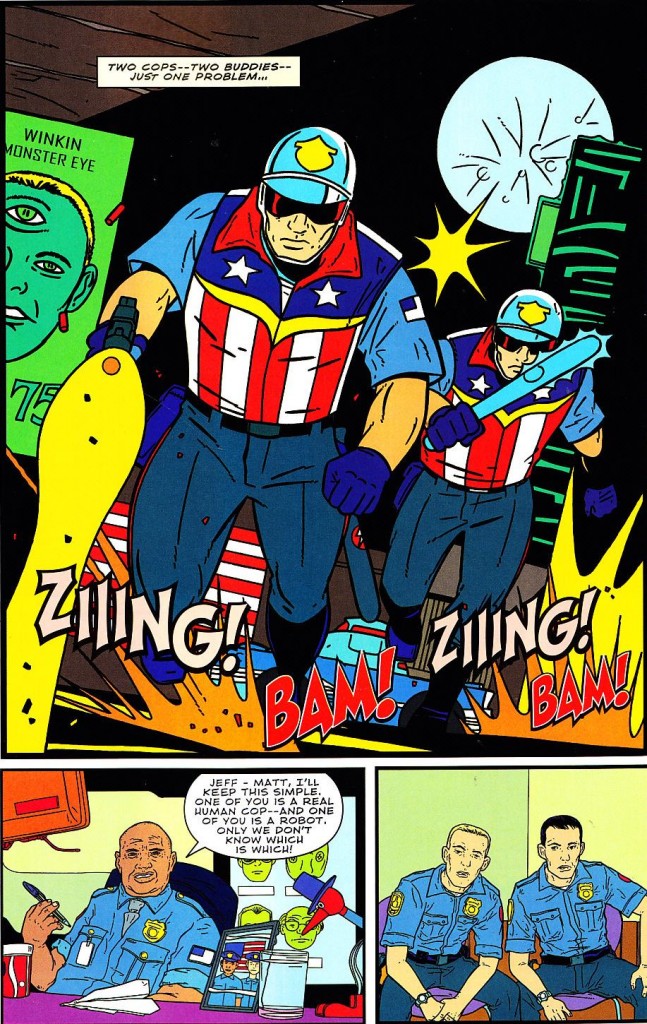 To be honest it really doesn’t matter – the story is fairly silly, although I mean that in a positive way; it’s enjoyably silly stuff, gleefully taking common tropes from American cop shows and parodying them (and a bit of enjoyably silly is good for you as part of your reading diet). What really keeps your eyes moving over the pages is Kane’s artwork. I’ve loved Shaky Kane’s art since the Deadline and 2000 AD days, Looking at it here it is a wonderfully clear-edged display of movement and bright, primary colours, taking in, for my money, anyway, all sorts of elements, from 60s Marvel comics to parts that remind me (in the good way, not derivative way) of Brett Ewins and Brendan McCarthy, mixed with a vibrant Pop Art sensibility. It’s gorgeous, it’s pure fun, especially some of the larger splash pages or a cool double-page spread. Light, fast, fun and oh so damned good looking! Smile-inducing stuff. 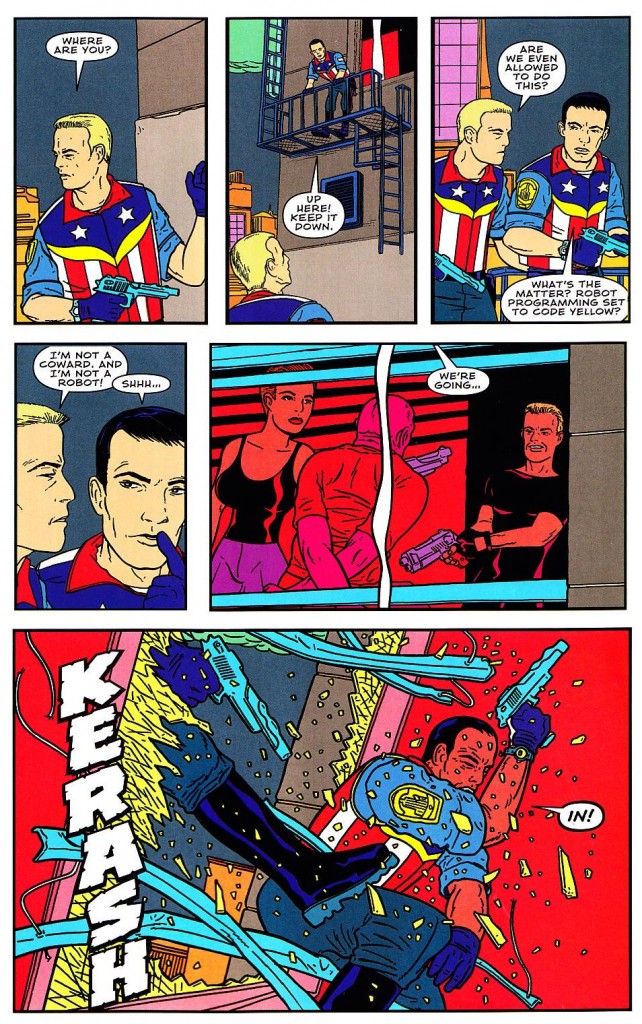