It’s August and that means festival time in Edinburgh, with several enormous festivals running at the same time, plus the usual horde of tourists, it can make it a frustrating experience for locals trying to get around their town. But it also makes for happy hunting grounds for photographs, especially the Fringe on the Royal Mile, where a section is put aside in August for performers to tout their shows, even including wee stages where some enact excerpts from their acts to try and interest audiences to come to their shows (and with such a vast array of shows every day and night they really need to work to get an audience) 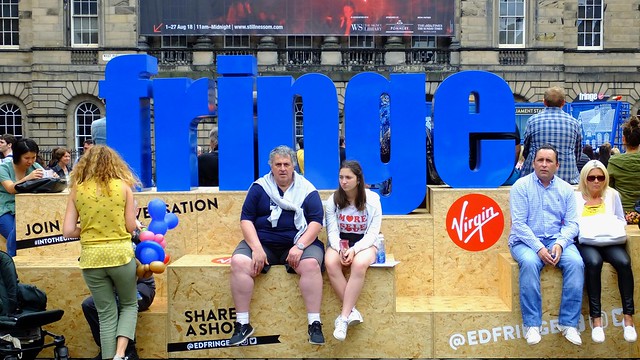 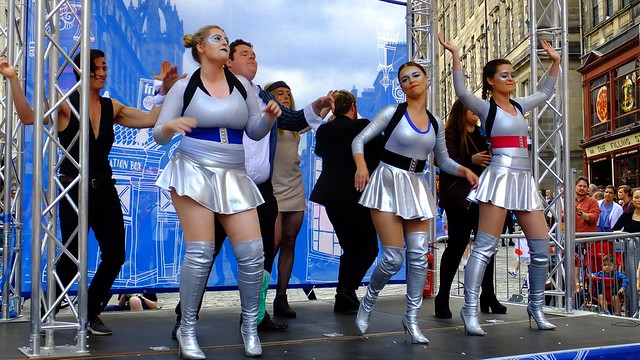 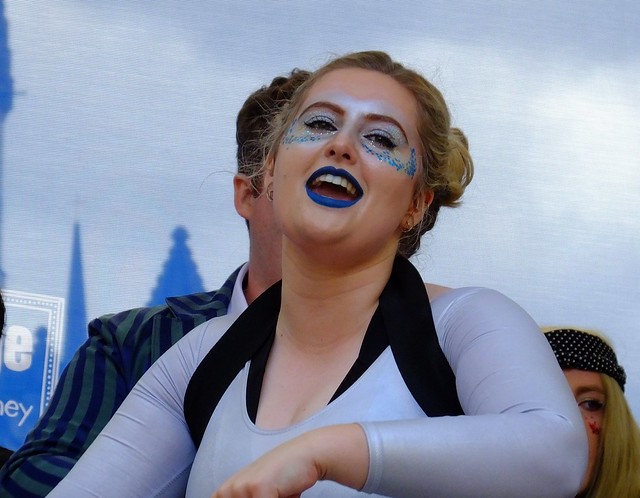 Saucy Jack and the Space Vixens have been a regular popular show on the Fringe, nice to see them back again! 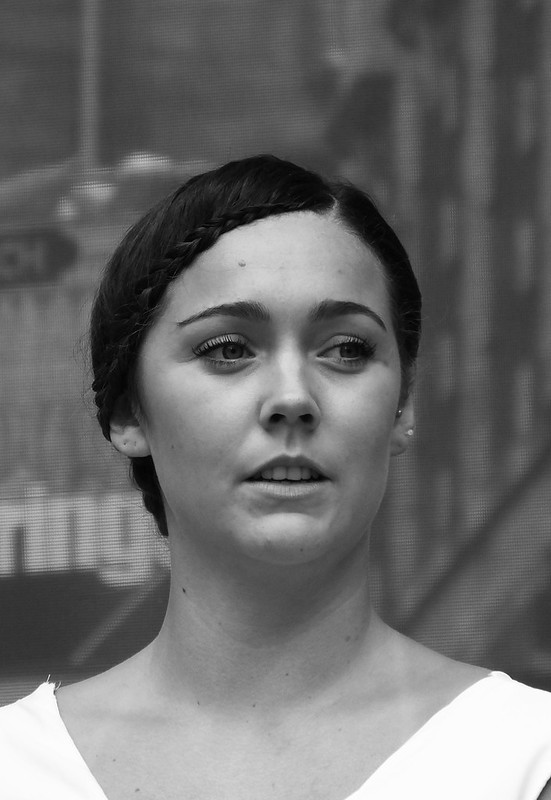 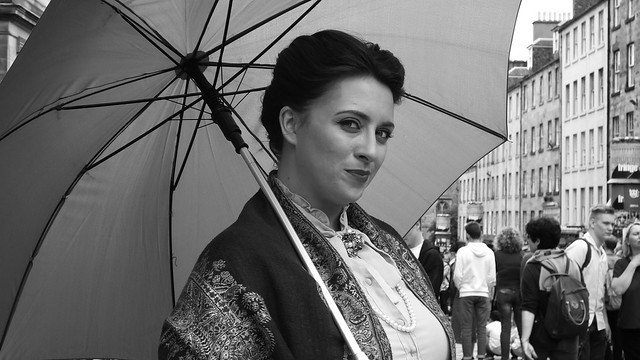 The pic above was selected for Flick’r Explore front page, which takes photos from all around the globe uploaded to Flickr each day. I was quite chuffed with how this pic came out considering it was a very quick street portrait, and it was nice to see it being put on the Flickr front page and getting several thousand views in a few hours as a result. 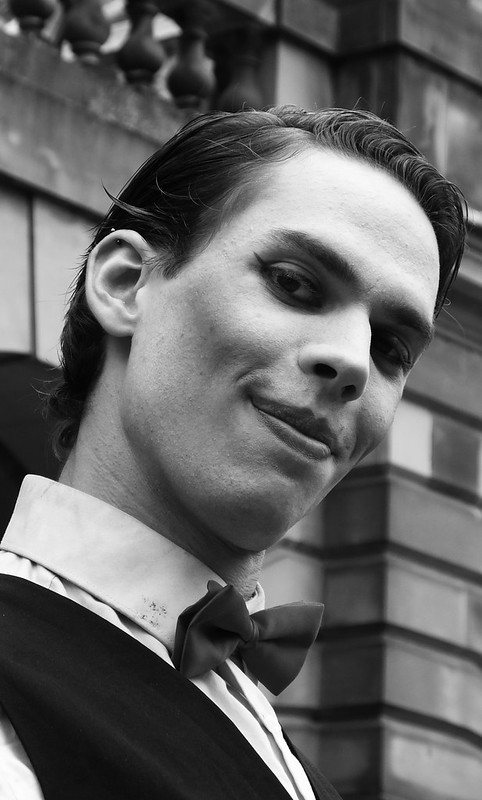 Finding the manual zoom and focus on the big Fuji bridge camera to be very handy for getting in a bit closer for street portraits without having to shove the camera right in their faces. 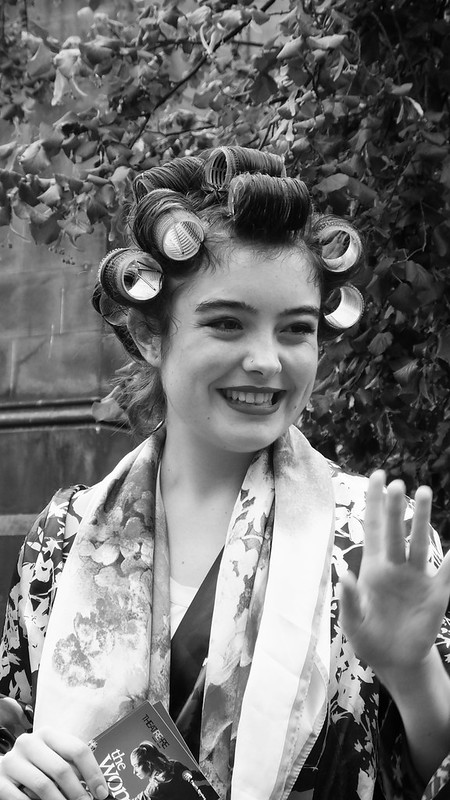 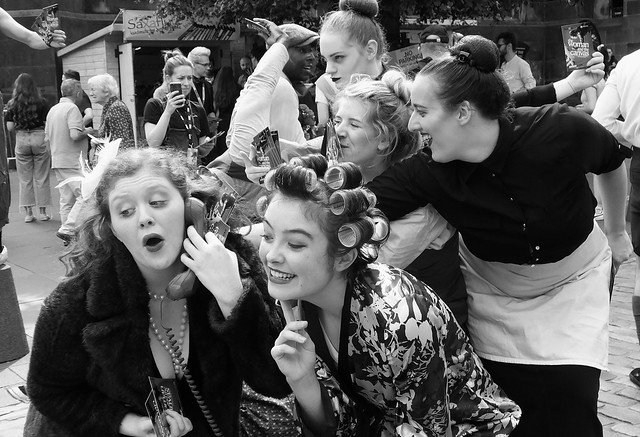 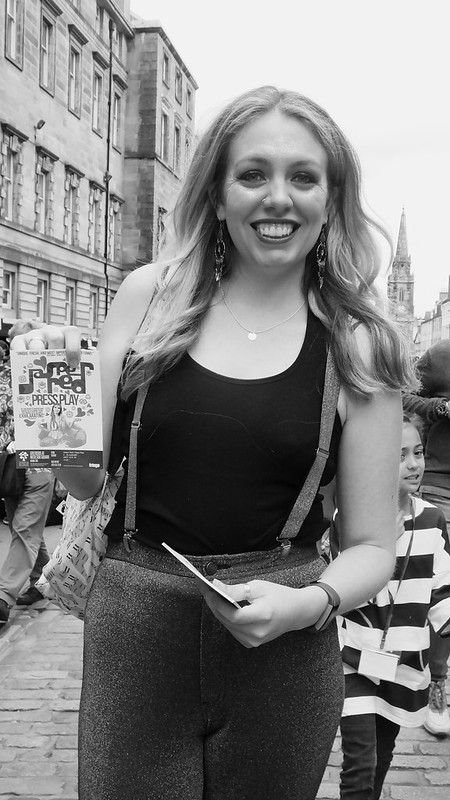 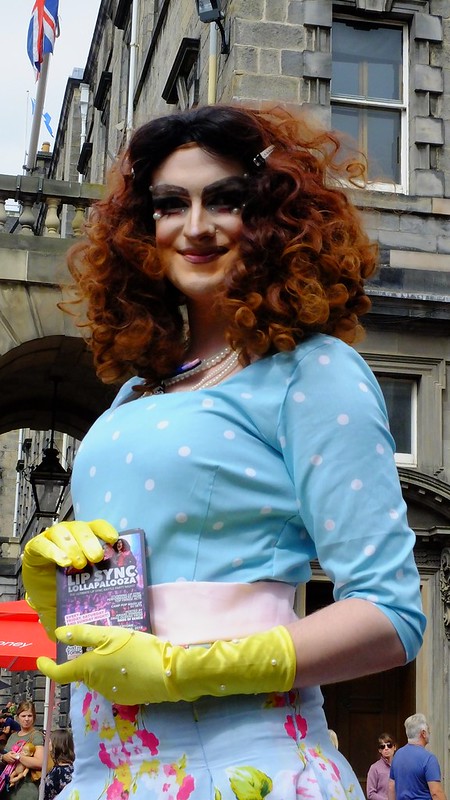 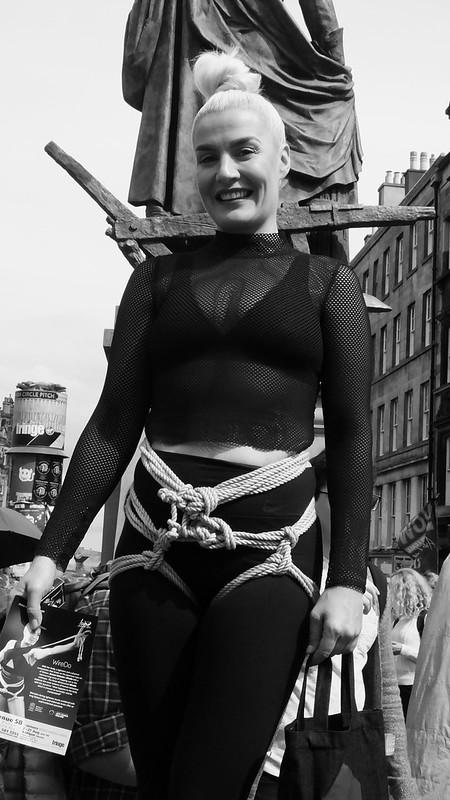 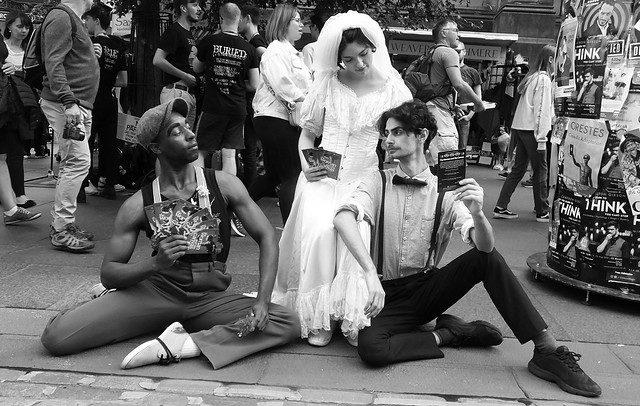 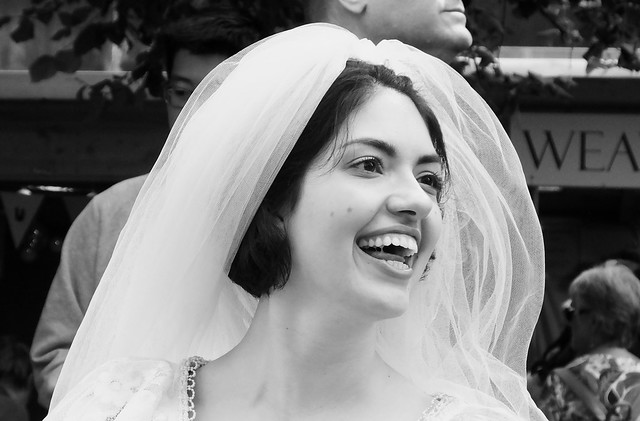 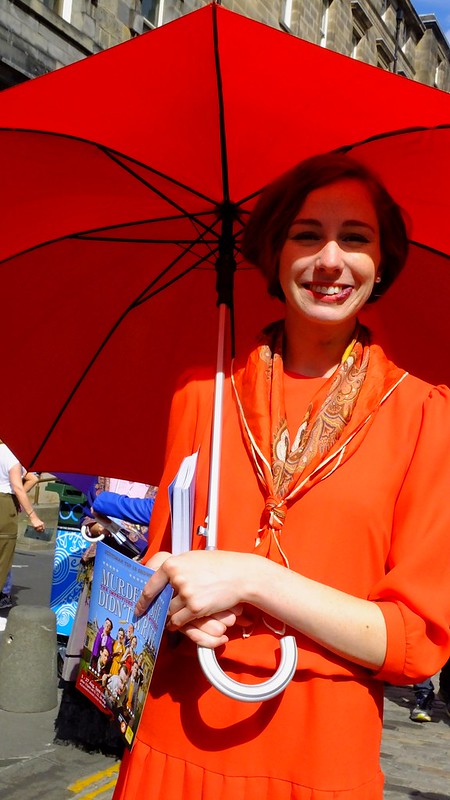 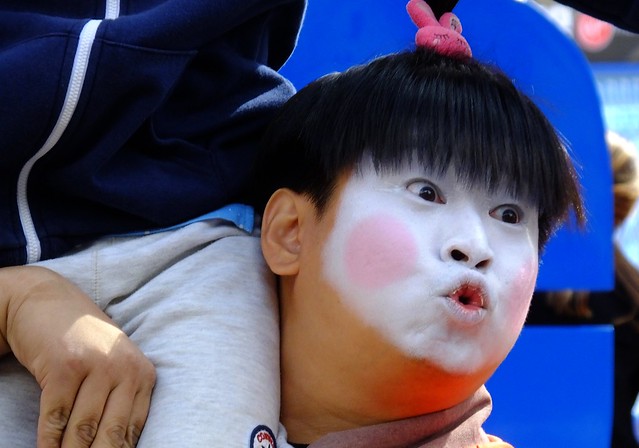 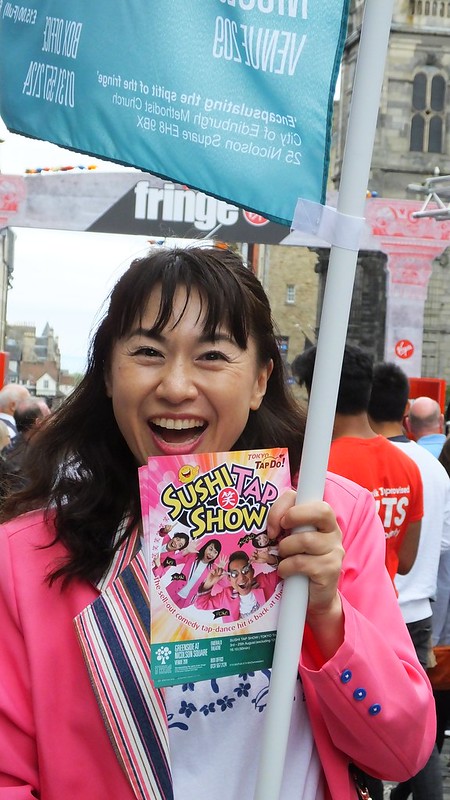 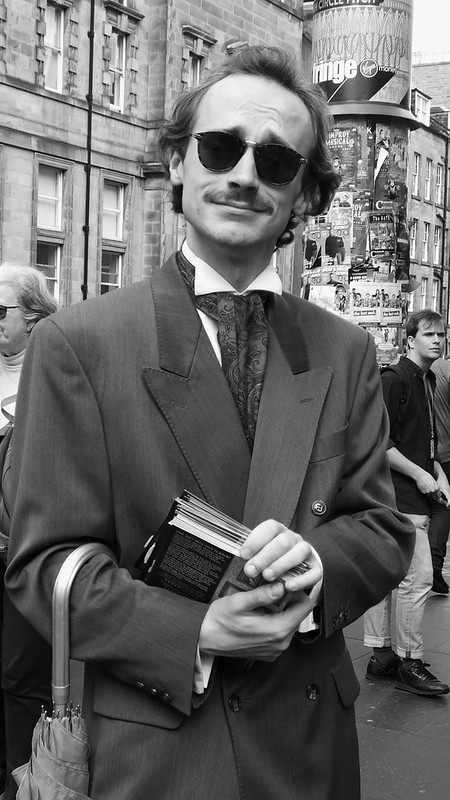 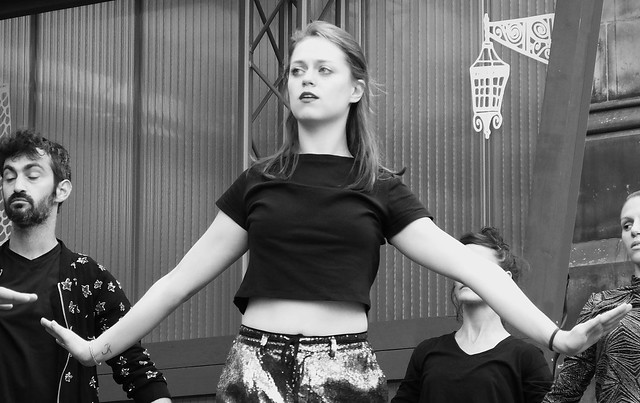 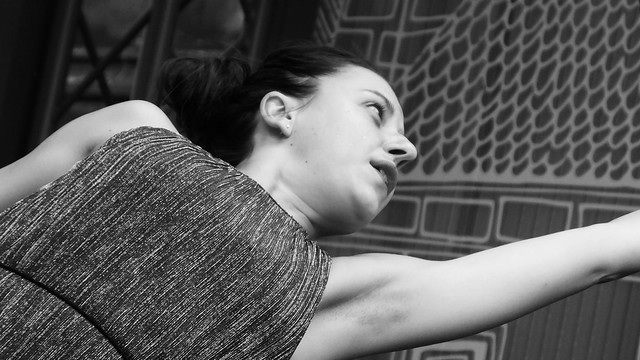 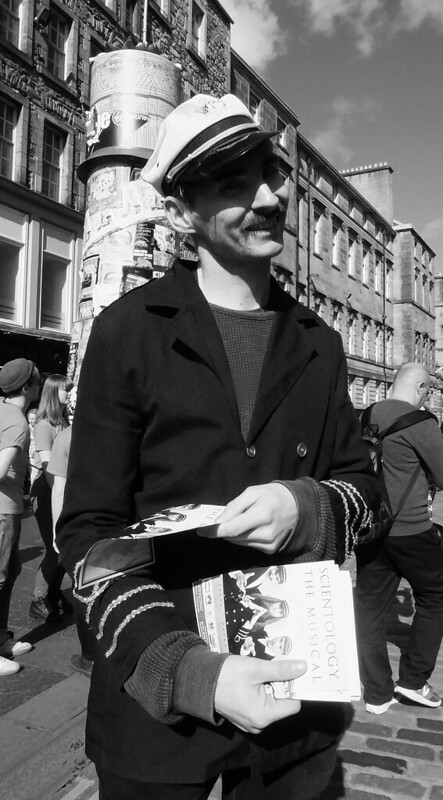 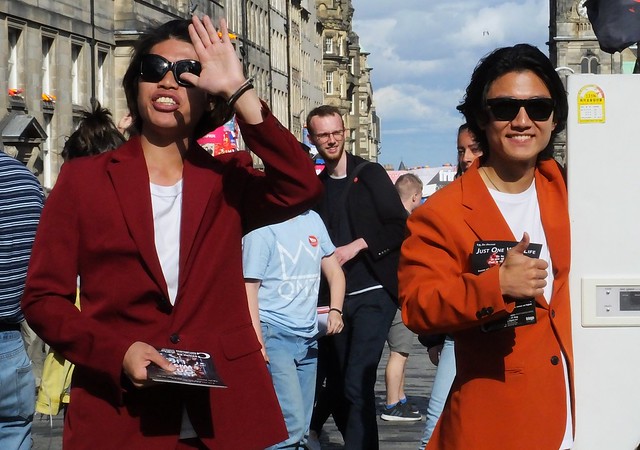 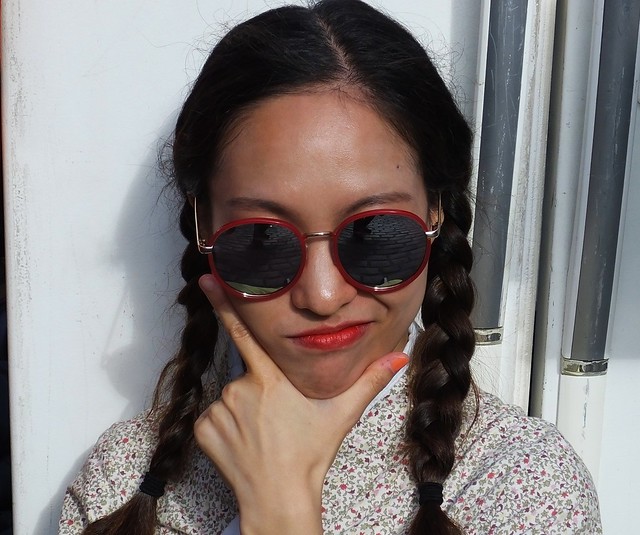 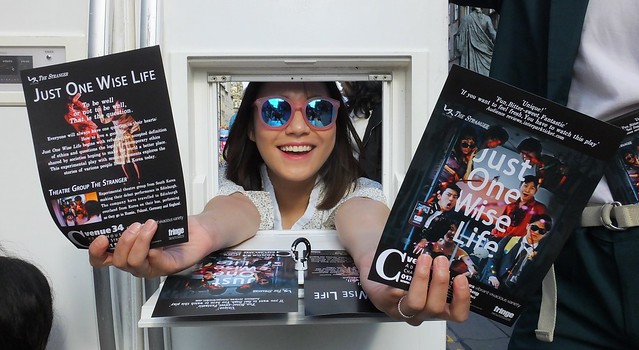 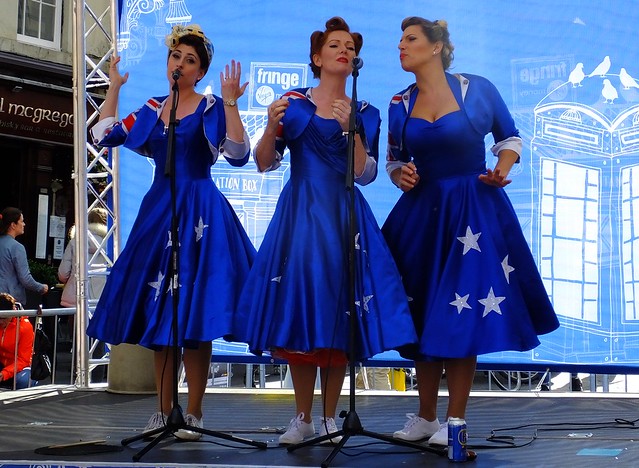 The Girls From Oz were singing some of their show on the Mile. I normally prefer monochrome for people watching shots (somehow just works better), but they were so resplendent in their vibrantly blue Aussie flag dresses I had to shoot some colour pics too! 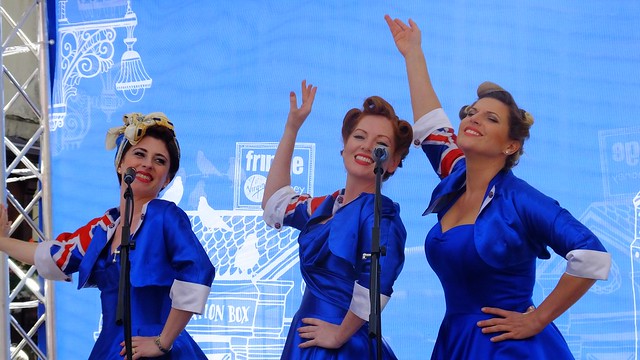 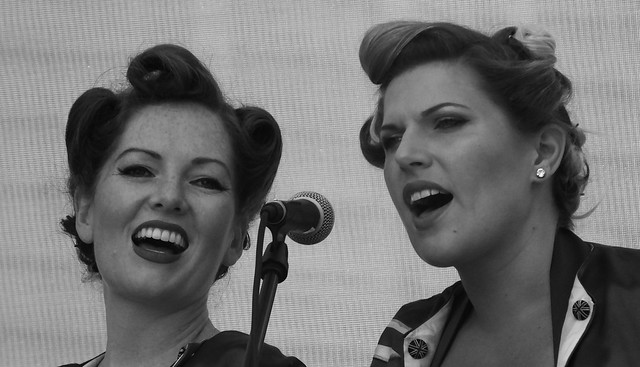