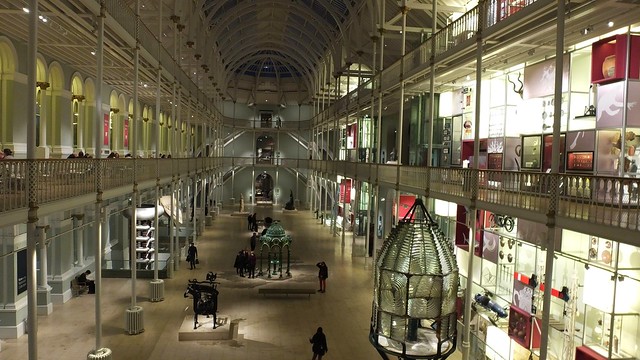 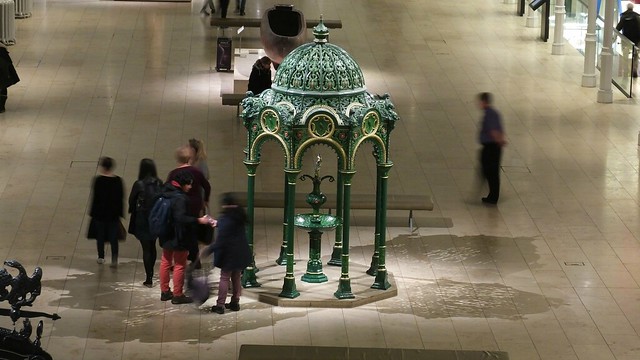 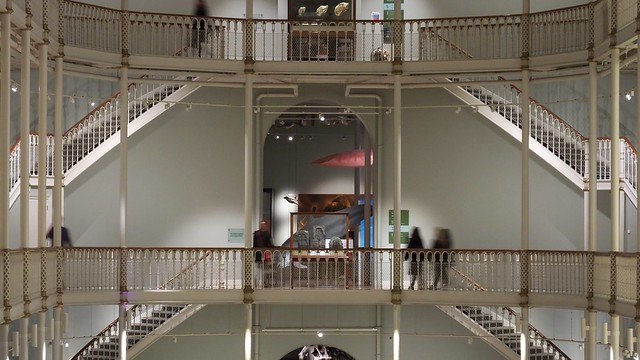 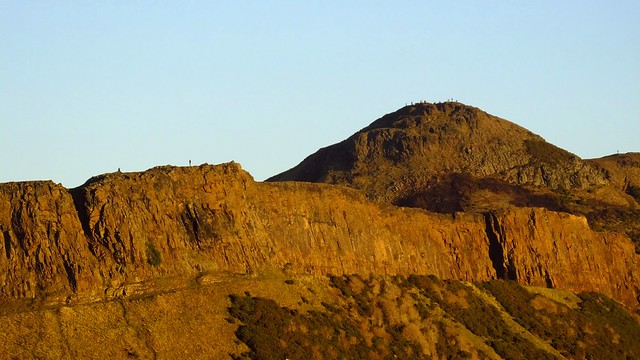 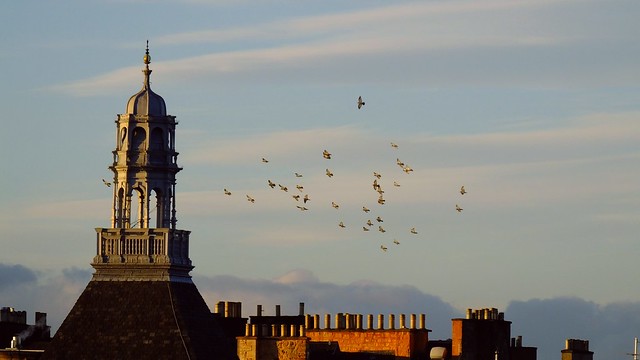 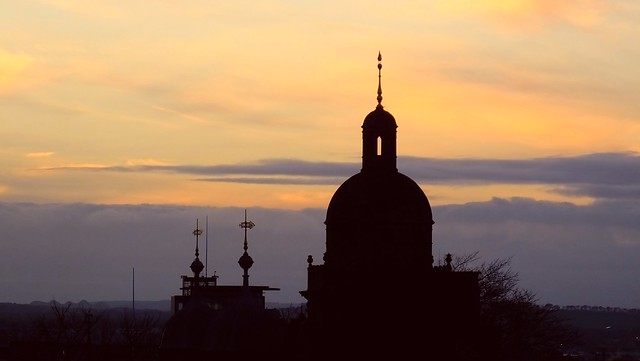 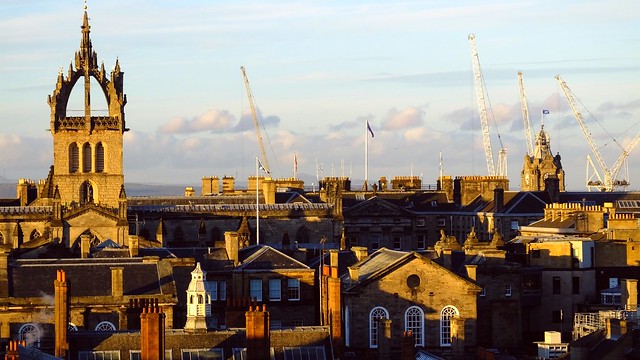 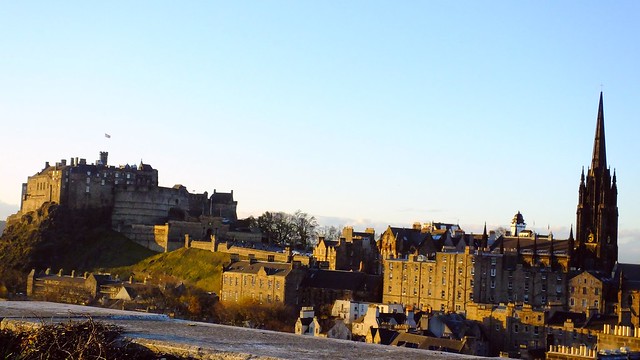 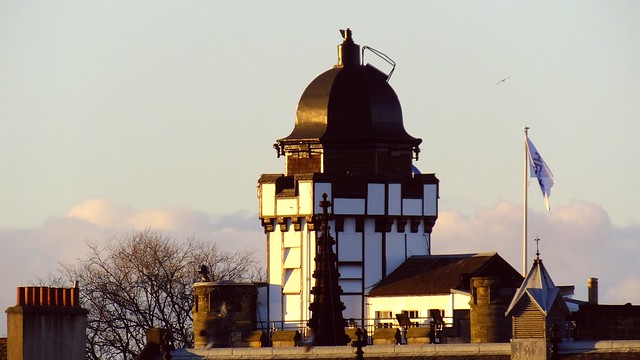 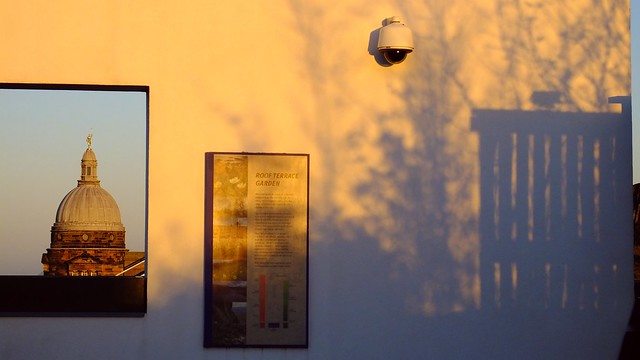 (dome of Old College Building at Edinburgh University on Southbridge)

The roof terrace of the modern section of the National Museum of Scotland is one of Edinburgh’s best ‘secret’ spots to take in views across the roofs of the city’s Old Town. I say secret, it isn’t really a secret, it is free and open to the public like the rest of the museum, but I mean secret as in so many people – visitors and natives – simply don’t seem to know it is there and the remarkable panorama across the city it offers. Highly recommended for a visit. (above: looking down on historic Greyfriars Kirk, below: top of Edinburgh’s splendid Central Library) (view right across the Old Town to the clock tower of the Balmoral Hotel on Princes Street, visible even over the tall buildings of the Old Town), below: fluttering flags on the roofs of the City Chambers and other buildings, bottom: dome of the Bank of Scotland HQ on the Mound)