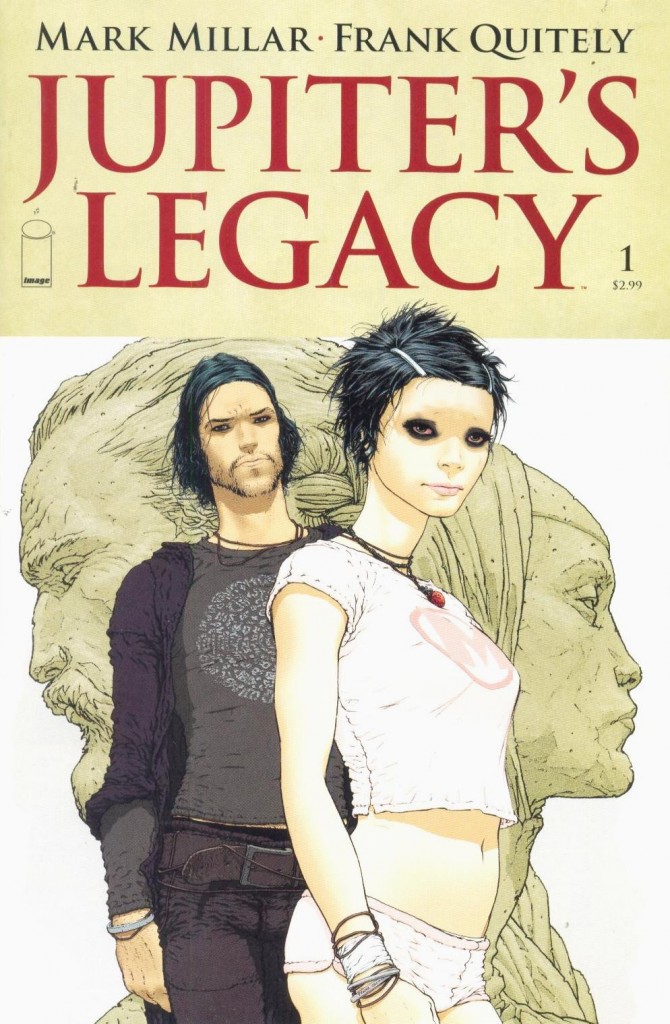 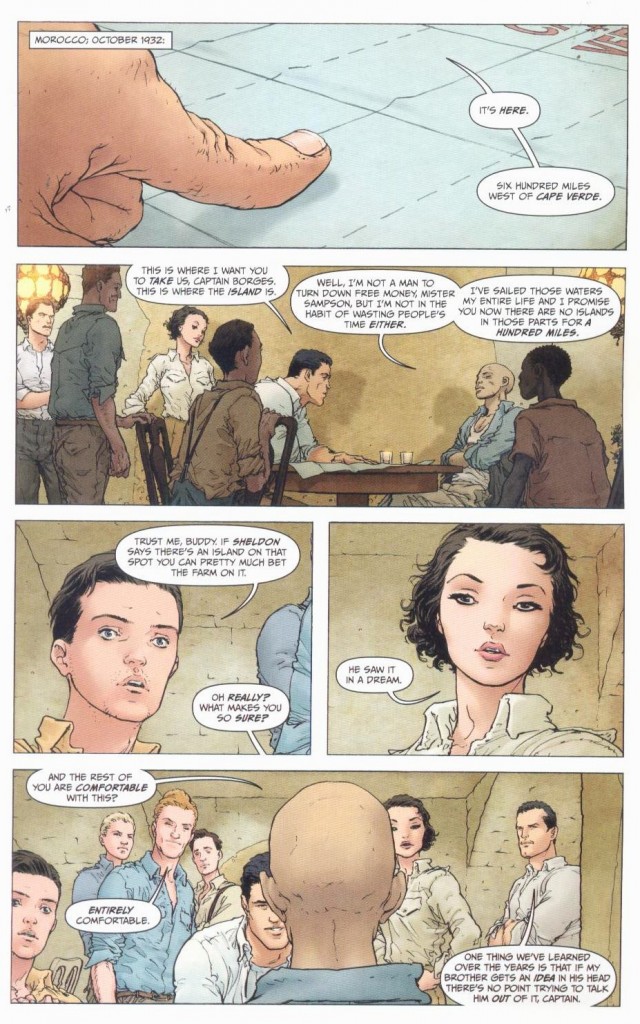 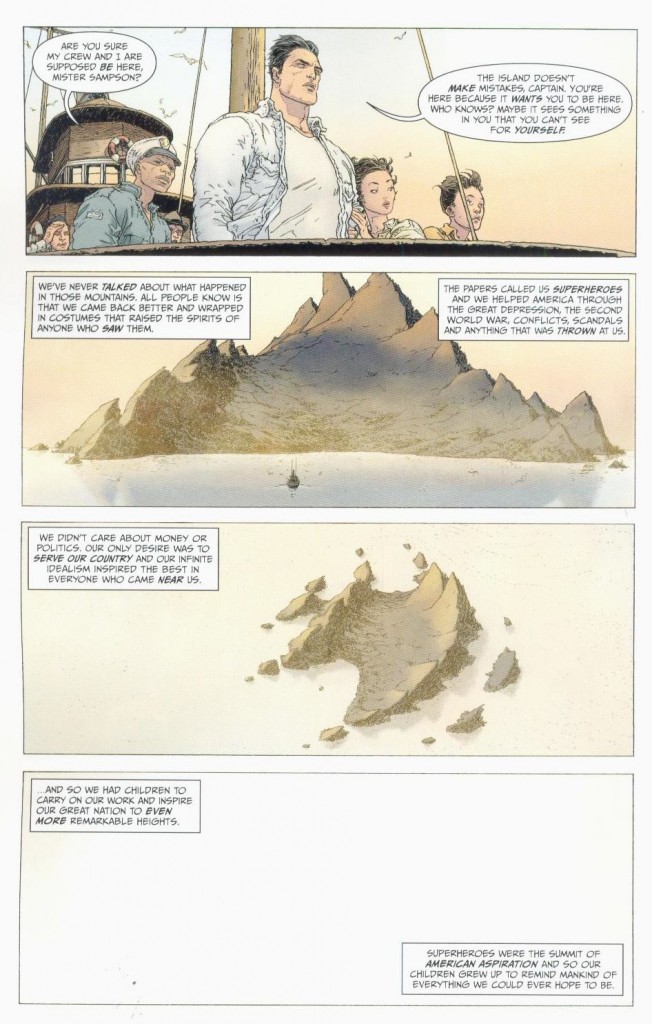 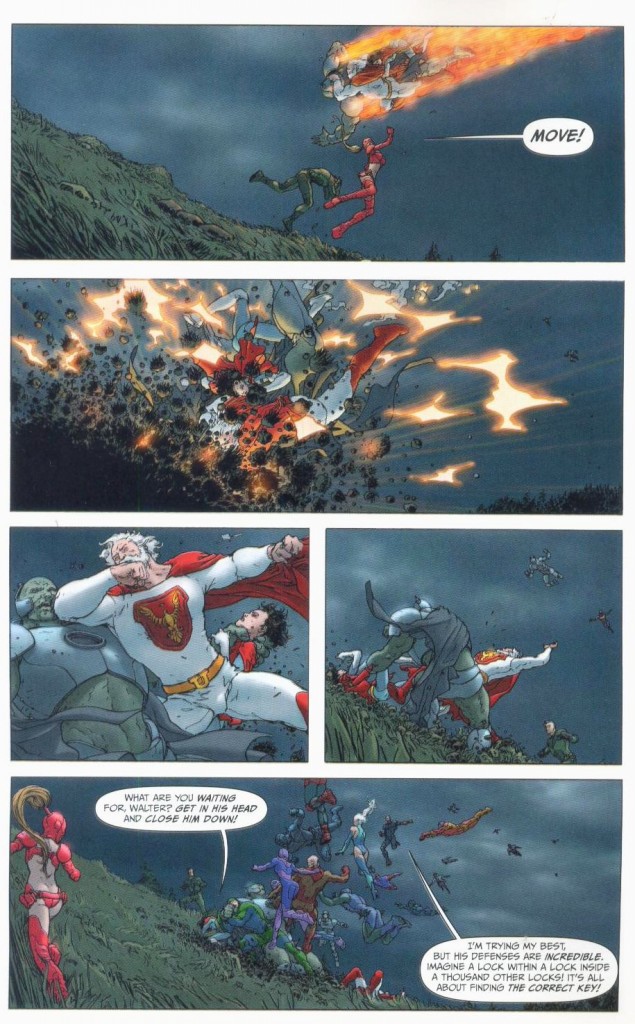 Over the holiday weekend I was lucky enough to attend the Edinburgh International Book Festival once again, this time to see top Scottish comics scribe Mark Millar on what I think was his first appearance at this venerable literary bash. I bumped into Mark outside the Writer’s Yurt just before the event was about to start and he seemed pretty happy to be there, smiling and clearly enjoying the idea of being there. This enthusiasm was also evident during the actual event where Mark delighted the packed audience, discussing his comics and film work with much (and often self-effacing) humour before Scotland on Sunday’s books editor Stuart Kelly, who was chairing the event, opened proceedings up for the audience to ask some questions (including, as it turned out, an old friend of Mark’s from Glasgow’s well-loved AKA Comics).

Stuart introduced Mark, inviting him to discuss his earlier work and how he got into comics, with that well-proven path into comicdom for many a British writer, 2000 AD, which Mark was quite honest and candid about, talking about how he was obviously pleased when Tharg’s minions gave him his chance but saying that looking back he thinks he simply wasn’t quite ready at that stage and his writing wasn’t up to par, so there was an element of learning on the job. Naturally the subject of the notorious Big Dave strip for the Galaxy’s Greatest Comic reared its beer-swilling head, the series he co-created with Grant Morrison and Steve Parkhouse and which still divides 2000 AD readers. Mark also paid tribute to Warren Ellis and getting noticed in the US comics market when he was given the writing gig for The Authority following Warren’s run.

(Mark and supporting wine glasses signing for fans after the event at the Book Festival, click for the bigger pic on Flickr)

Stuart, who is a self-confessed comics lover, clearly knew his stuff and asked Mark about a variety of his work, taking us from 2000 AD and the Authority to childhood dream come true of working on some of the biggest comics characters around like the Superman and the Avengers and, of course, re-interpreting and reworking classic Marvel characters to such acclaim with the Ultimates and discussing Mark’s penchant for happily subverting established rules and clichés of the medium (which is, of course, one of the reasons we love him) and then on to creator-owned works such as American Jesus and Kick-Ass.

Graphic novels are, as we all know, now pretty damned big business in Hollywood and its no surprised that one of the medium’s best-known writers would be involved in this comics-celluloid crossover. However, as with much of his comics work Mark’s achieved this in his own style and he was refreshingly straightforward with the audience – it seems unlikely that the glamour of Tinsel Town or huge box office success is going to swell the head of the boy from Coatbridge. In fact it seemed quite the contrary – he was obviously delighted with the success he was enjoying in Hollywood, but he made it quite clear that at the end of the day his main occupation is a comics writer, although as he admitted laughingly, he had always wanted to write a superhero film since he was a kid after seeing the 70s Superman movie and deciding as a boy that he should be the one to write a sequel! Which prompted Stuart to ask him about the Superman movie he was almost involved in more recently, asking what his version would have been like. Laughter erupted as Mark explained he couldn’t tell us about that script idea unless we wrote him a very large cheque. Would he still like to write a Superman film? Oh yes!

Obviously Wanted came up – a serious box office success although it was considerably different from Mark’s original comics. When Stuart asked him how he felt about the differences he explained he didn’t mind, in fact he said he quite enjoyed the film version; the version he wrote worked perfectly as a comic, eh thought, but not necessarily as a film, so he had no big problem with changing concepts to suit a different medium and besides, he laughed, he loved some additions in the film version, like the loom (super-assassins knitting, what a great idea he commented).

Naturally the film version of Kick-Ass was discussed and the way studios were interested in the property but only if they could change elements they were worried about. Mark had nothing but praise for director Matthew Vaughan (Stardust, Layer Cake and the film version of American Jesus) who agreed with him that they wanted to go with the story from the comics, not some watered-down-by-studio-committee version (which would doubtless excise many of the controversial elements that are central to the concept) and set about talking to contacts to raise their own finance to do the film their way (an approach recently vindicated by the excited studios bidding for distribution rights to the completed film after footage screened at San Diego Comic Con to much excitement), as well as complimenting Jane Goldman’s script-writing ability. He also promises us that what we’ll see on screen is taken directly from the comic original.

All in all it was a cracking event, with a packed and very happy looking audience (including Ian Rankin and his son who is a big comics fan) clearly enjoying the evening discussing Mark’s comics and film work (not to mention briefly mentioning an idea he has been floating to Scottish Television for a possible show set in Scotland, which I’m sure we will hear more about further down the line) and it seemed to me that Mark was seriously enjoying himself talking to a home-country audience about comics at the Festival, carrying on his talk on a more individual level with a line of fans who waited patiently to speak to him while getting their books signed afterwards. As this year’s Book Festival draws to a close in Edinburgh I have to say that evening rounded it off very nicely for the comics fans.

Over on the Forbidden Planet blog my colleague Mark poses some questions to another Mark, Mark Millar, Scottish comics superstar (Civil War, Ultimates) about his comics and the movie versions of Wanted and Kick Ass. On the blog there’s a second, shorter video with an excerpt from the special effects creation extras on the Wanted DVD too.