I claimed a bit of owed time back and left work slightly early to catch a classic screening of one of my favourite movies at the Filmhouse on the way home from work, Woody Allen’s 1979 film Manhattan. I have it on DVD at home in my (probably way too large) film collection, but it’s a different experience watching a movie in the cinema than it is at home. Not just the obvious screen size difference – you concentrate more on the film in the cinema, you’re there in the dark, with an audience all reacting to the scenes alongside you, not at home, pausing the DVD to go and put the kettle on or check your Twitter feed. 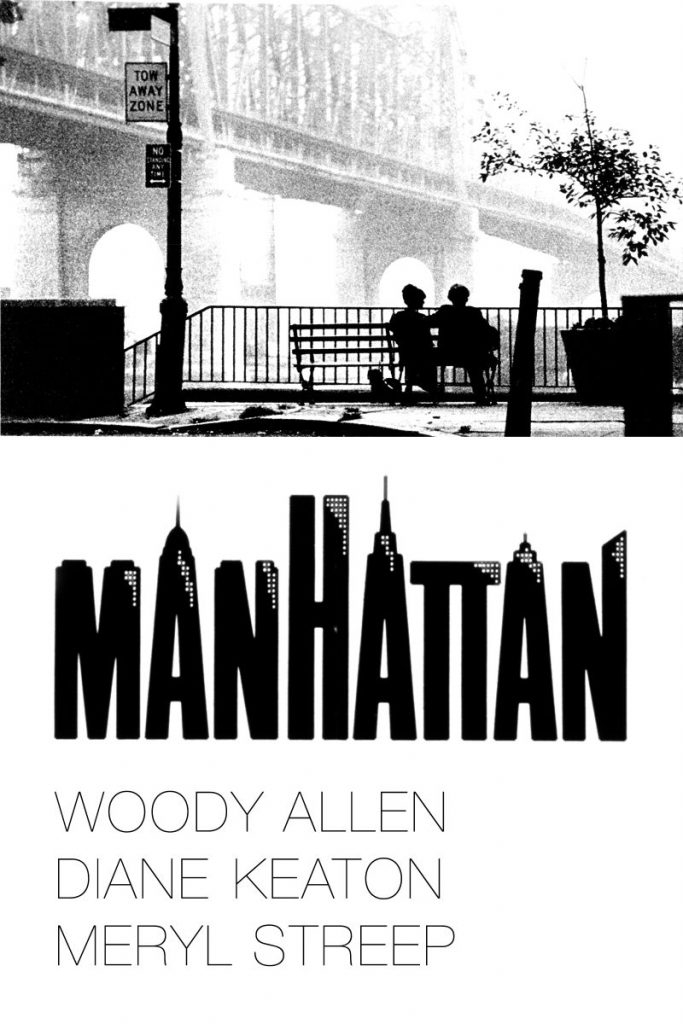 And it was still wonderful after all these years – I think Manhattan has one of the greatest openings in cinema, Woody’s dialogue, his writer trying out lines “he adored New York, he idolised it…” over a montage of all sorts of views of the city, from the expensive fashion stores to the family neighbourhood, that iconic skyline and then, as the Gershwin soundtrack soars that skyline erupts with fireworks, all of this in glowing black and white cinematography. New York has rarely looked more beautiful on film, it’s a magical movie moment (what I call a Triple-M, just perfect scenes in a film that live in your mind’s eye ever after and always raise that reaction no matter how often you see it). And then there’s that perfectly composed scene of Woody with Diane Keaton, sitting by a bench by the river next to the Queensboro Bridge, as dawn starts to break. Sublime.

I had a little time before the early evening showing, so I parked myself in the Filmhouse cafe-bar for some food and drink before the screening. The Filmhouse is one of my “happy places”, it’s been a second home for me since I moved to Edinburgh as a student a long time ago, and being there for a movie, the film fest or even just in the cafe-bar makes me content. As I was having my drink I was, of course, reading (always a book in my bag), in this case Simon Garfield’s On the Map, a history of cartography which I picked up in a charity store recently. And right before it was time to close the book and head up to the auditorium what do I read but a paragraph on the first appearances of America on world maps, and the first mention, in the mid 1600s, of Manhattan on a map, here referred to as “Manhattes”, just as I was about to go in to see the film Manhattan. I love little meaningless coincidences like that…

I thought I might start occassionally blogging on a series of ‘triple Ms’, or what I refer to as Magical Movie Moments. Its those scenes that stand out from a movie – sometimes a fabulous movie, sometimes just a wonderful scene in an otherwise average flick – that just encapsulate for me the real magic of cinema. They are those scenes that transcend narrative, genre or any of the qualities we would normally discuss about a film, they simply are and they are wonderful; they make you forget everything else for a few precious moments by their utter perfection, they enchant you and for those moments you are lost, a child again lost in another world. Long after the film ends and the houselights come back up that special scene, where the story, the imagery, the music all combined to a few moments of magical perfection, will stay in your mind.

For the first MMM I had to select a scene from my all time favourite film, Jean-Paul Rappeneau’s astonishing Cyrano de Bergerac. Colossus of modern French cinema Gerard Depardieu is perfectly cast as the titular Cyrano; the finest swordsman in the realm, an inventive wit, writer, poet, philospopher, yet cursed with is enormous nose he feels women judge him not by his prodigious merits but his physical looks and so brave on the battlefield or the duel, he retreats from announcing his love for the beautiful Roxanne (Anne Brochet, never more beautifully luminous as here).

The entire film is simply perfect – the costumes and sets are wonderfully evocative of the period, the characters perfectly played by a superb cast, the doomed tale of love, swords and poetry delivers a heady mixture of swooning romance and flashing blades of pure swashbuckling grandeur, all given with the flair of poetry; even the subtitles, the English ones by Anthony Burgess, are a work or art, often translated into verse, suiting Cyrano’s larger than life character perfectly.

Its hard for me to pick just one scene when I love the film so much (I rewatch it at least once a year) – the balcony scene as Cyrano in the shadows feeds line to the handsome but none too clever Baron to relate to Roxanne (who is drawn to his beauty but his words even more so, unaware they are Cyrano’s), the scene where she tells Cyrano she loves someone, he thinks she means her but then learns otherwise; she leaves all breathless, commenting on his recent duel with a whole crowd of assassins “what bravery”, “oh,” he replies to her departing back, “I have been braver since…” and that wonderful scene where, convinced she does love him, he takes on a hundred men who are sent to kill his brother poet, “take away the midgets, bring on the giants!”, the ‘schink’ of a hundred swords beign drawn then Cyrano leaping from one to the other, dispatching all the villains with his sword as the music swells… Fabulous.

But I can pick only one scene and I’ve opted for the famous duel in verse. It happens quite early in the film, as Cyrano is in the theatre after dispatching a fat actor from the stage for insutling his cousin a foppish aristocrat approaches him and insults his prodigious nose. Cyrano then follows him, teasing him and humiliating him in front of the crowd for not being intelligent and well read enought to craft a more inventive insult, himself tossing off dozens of poetic variations on possible insults he could have used, clearly showing that the Viscount may have rank and title but Cyrano is how own man, intelligent and brave and so beholden to none simply because they have the lace and clothes of rank (reminiscent of Rabbie Burns A Man’s a Man for a’ that). Then the swords are drawn and Cyrano announces to the crowd of Parisian onlookers he will compose a poem of the duel while he actually fights the foolish aristocrat. Flashing blades, swashbuckling swords cross as poetry flies, a wonderous marriage of verse and action that enchants me every time. I love film, I love poetry, I spent many years at school and college enjoying fencing, how could I not love this scene? 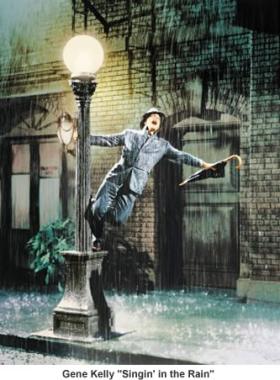 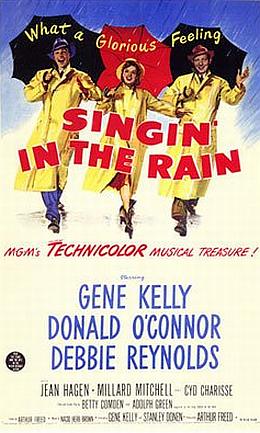