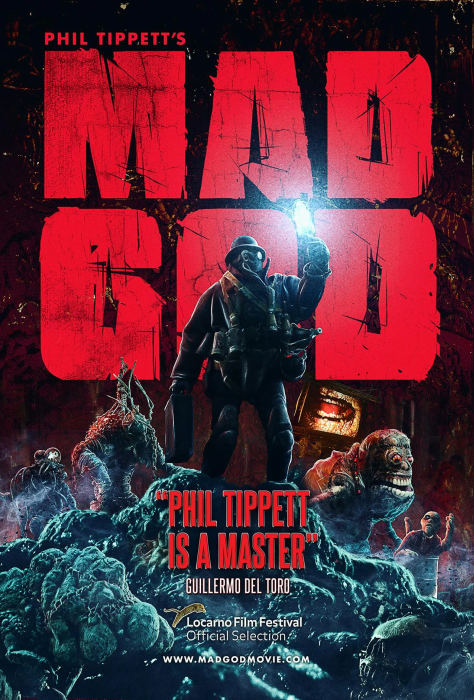 I’ve watched a lot of unusual and remarkable movies at the Edinburgh International Film Festival over the years, but this stop-motion feature by the Oscar-winning effects wizard Phil Tippett must be one of the most unique. A labour of, well, I’m not sure love is the right word (Tippett encountered mental health problems working on the film over the many years it took to complete, as he discussed recently in a Guardian interview), this is the product of many years struggle for Tippett and a small group to finish the film, with no studio backing (Kickstarter ultimately got it finished), and it’s quite a remarkable looking film.

Opening with the construction of the Tower of Babel, that magnificent yet doomed endeavour of human pride and folly, God not only smites the builders, we get lines from Leviticus detailing God’s wrath in no uncertain terms. This is Old Testament God, one insanely jealous and vindictive – if humans don’t do exactly as he likes he will reign Hellish punishments on them for all eternity. Following this we follow a soldier being lowered inside a pod, past a nightmare landscape of ruins and rusted industry and decaying fortifications, reminiscent of the infamous “flak towers” in wartime Berlin. His pod slips past all of this and keeps descending, lower, and lower, as if seeking out each of the circles of Hell, the soldier finally disembarking to explore on foot, a man with a mission.

I’ve been trying to process my thoughts on Mad God since seeing it earlier today, and it’s not easy – this is actually quite a difficult movie to watch, and I say that as someone with a pretty strong filmic stomach (I’ve watched all sorts, from early Cronenberg to films like Nekromantik or Martyrs, so I’ve no problem with disturbing material). But even I found this to be frequently pretty disturbing stuff, and indeed quite often disgusting and upsetting (I noticed two or three people leaving the cinema after twenty minutes or so). So fair warning, when we say “this isn’t for everyone”, we really, really mean it this time! Even some serious horror hounds might find it quite disturbing.

That said, this is a fascinating piece of work with some astonishing animation sequences, as you’d expect from a visual wizard of film like Tippett. Mad Dog works many references into its nightmarish world, from the great Harryhausen – long a touchstone for Tippett, as he is to most working in visual magic, and rightly so – but to my eye also Jan Švankmajer – the Prague Alchemist of Film – The Brothers Quay, even elements that felt Giger-esque (especially the industrial elements, covered in growth, blood-red with rust, organic and machine mixed), but much darker and more horrific than the amazing Švankmajer’s work. It’s also packed with nods to other science fiction, fantasy and horror greats – I spotted Harryhausen’s Cyclops, Robbie the Robot and others peppered through the dark, festering backgrounds as we descend further into this rotting world of random violence and suffering, the collective horrors and nightmares of humanity. 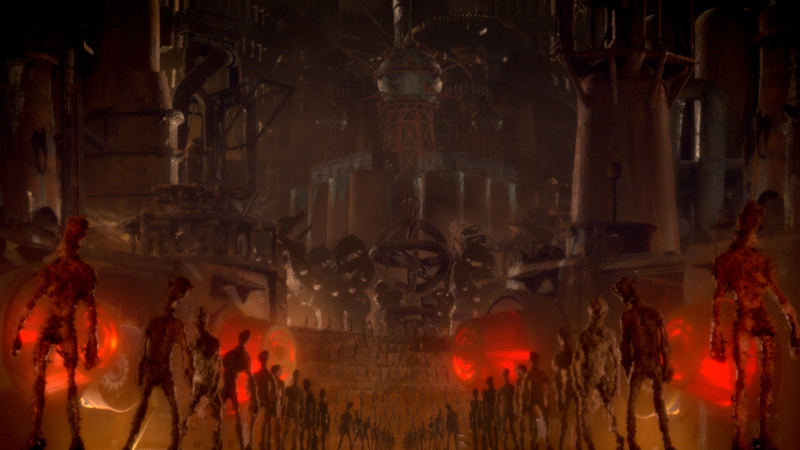 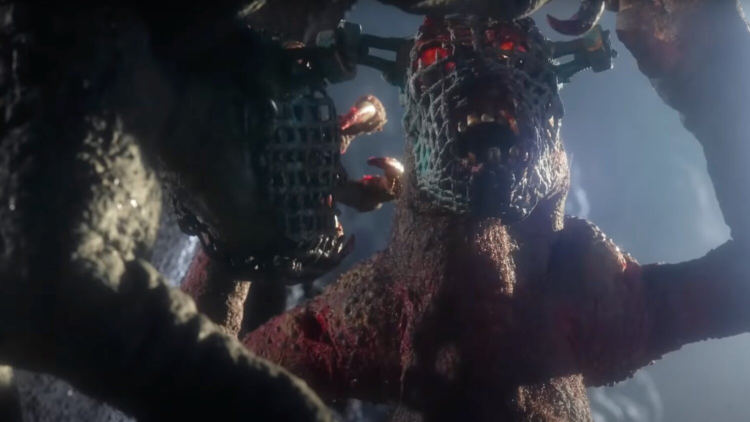 While I don’t think I can say that I enjoyed this film exactly, it was a quite amazing experience – unique, visceral, disturbing, disgusting, horrific and visually incredible animation work. As I said, this really, really is not for everyone, so be aware of that going in, but for those who can deal with it, this is a pretty rare and unique cinematic experience, from one of film’s genuine wizards.