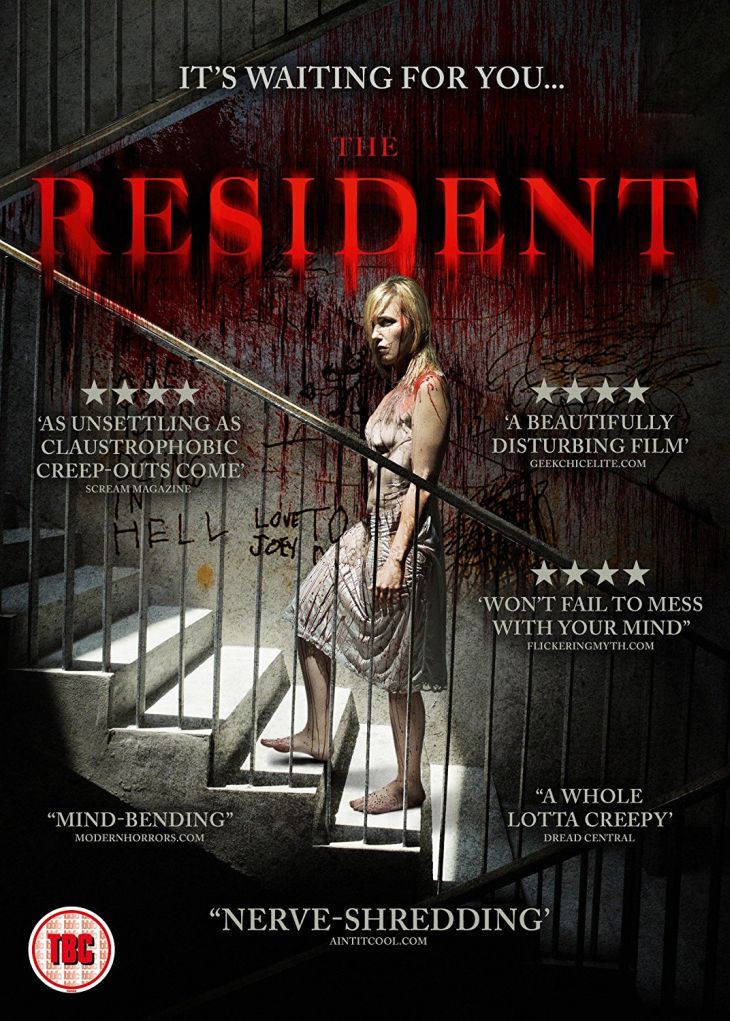 You could be forgiven for thinking the story concept for The Resident (also known as The Sublet in the US) sounds not unfamiliar – a mother and young child mostly alone in a new apartment with odd noises and things happening, it does stir memories of Dark Water and other such offerings. But Canadian film-makers Black Fawn are getting themselves a bit of a rep in horror circles (they also did The Bite which Garth reviewed on here last year), and there was something about this that sparked my Spidey-sense and told me this was going to be worth checking out, and so it proved, for while the main idea of mother and child in possibly haunted new home is far from new, The Resident plows a different furrow from others in that field, offering up a genuinely creepy, psychological approach.

Joanna (Tianna Nori), her husband and her new baby have to move into temporary lodgings for his new job, and right from the start this is an apartment block that just screams out that there’s something wrong. It takes several attempts buzzing the intercom just to get into the block, then on schlepping up the stairs (just what you want with a baby stroller) to the apartment for rent they find no-one there, no sign of the landlord. But the door opens and there’s a not telling them to look around but if they don’t like it then pretty much leave and don’t let the door hit you on the butt on the way out. Not exactly a warm welcome. Oh, and there is a locked room in the apartment. Which hubby surmises must be where the landlord stores his personal items, but which you just know is going to be something else… 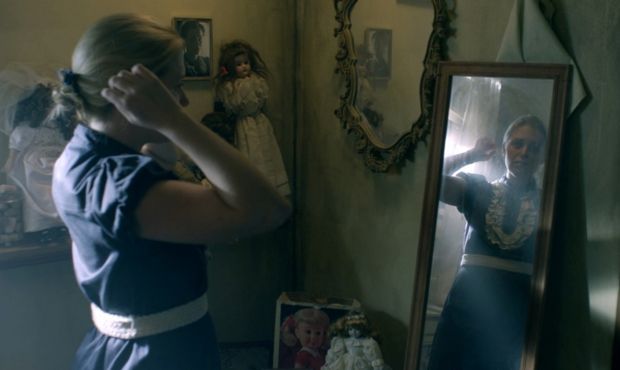 There’s a palpable sense of unease right from the start, just viewing the apartment, but once they move in the sense of disturbance grows. Much of the increasing sense that things just aren’t right comes from Joanna basically being at home by herself with the baby, day after day, in a strange city while her husband is out at his new job. She doesn’t know anyone here and, mysteriously, she never seems to bump into anyone from the neighbouring apartments coming or going. But she does hear them. Sometimes. A banging, banging, banging on the walls and other sounds.

And this is where The Resident takes a different tack from some haunted apartment tales – director Ainslie wisely uses the more mundane, everyday elements of Joanna’s life as a new mother in a strange city to both heighten her feelings of isolation and dislocation and yet at the same time also make you second guess her state of mind. Like many new mothers she’s already dealing with major life changes – the physical and emotional sides of pregnancy and giving birth, then finding yourself now mostly at home on your own during the work day, totally cut out of your previous routines. That is a difficult thing for most first-time mothers to adjust to, and here in a new city she doesn’t even have friends or relatives to come round, take them out, babysit or help out, increasing her isolation, and it doesn’t help that her husband is busy with his new job and his stress there means he is less than supportive even when he is at home…

And I found this was the element that really made The Resident work for me – that real-world side of things, of Joanna trying to cope with her new life and baby and new home is something that is very easy to empathise with, and grounds the spookier aspects. In fact, it not only grounds them it also offers the viewer a dilemma – how much of the increasingly strange things that seem to be happening are real? And how many are the products of a woman in a heightened emotional state? And that really helps drive The Resident into a much more psychological level as the viewer is left wondering what is real and what is not – and realising that even if it isn’t real, the effect is the same on poor Joanna. And what if it is real, what are those noises from neighbouring apartments where nobody every seems to be home, what’s in that locked room, what happened here before… With a lean running time The Resident builds atmosphere right from the start and increases the psychological pressure throughout, not outstaying its welcome, so keeping the tensions nice and taught.

The Resident is released on DVD, on-demand and download by Second Sight from May 22nd; this review was originally penned for the Forbidden Planet Blog