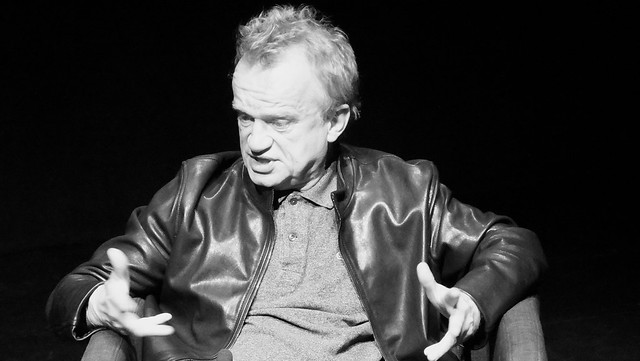 I’m enjoying a few days off for my annual Edinburgh International Film Festival fun. Last night at the Traverse Theatre as part of the film fest they had an “in conversation” with French actor Dominique Pinon, who has appeared in a number of my favourite films over the years. One of those evening that reminds me one of the reason I love living here so much is that with our festivals everyone comes to Edinburgh at some point, writers, directors, actors, musicians, they all come here. I took a few photos with the new camera – sitting several rows up and back in a theatre so not the best place for taking photos, but out of the batch I shot a handful came out passably. 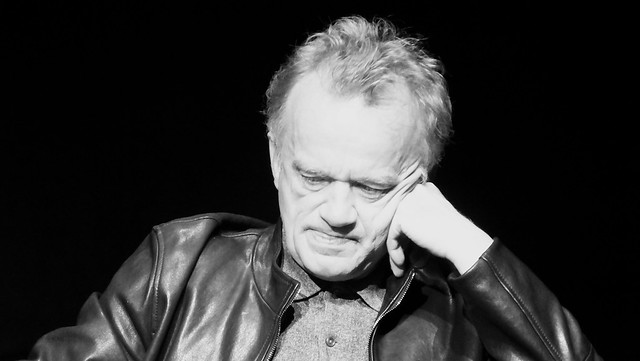 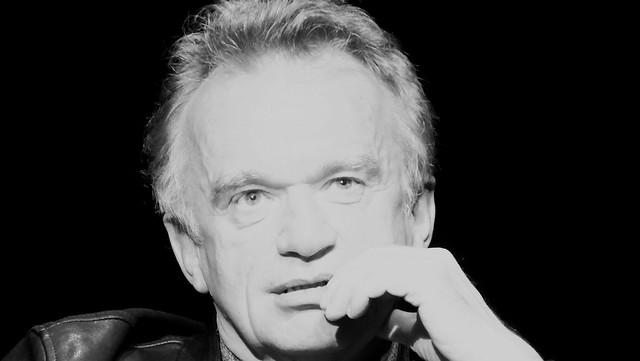 I was off at my second home, the Filmhouse this afternoon, to catch some of the annual French Film Festival. I was taking in some short films today; as usual with a collection of shorts, be it movies, prose stories or whatever, it’s a mixed bag, some good, some so-so, some quite interesting, some that seemed meandering and had no point, others that were nice little examples of a brief but well contained tale or experience (because not all of them were narratives). I think my favourites were an old one from the 70s (judging by the film stock and the vehicles. I later found it was actually made in 76), C’était un rendez-vous , which was simply a high speed drive through the streets of Paris as dawn was breaking, coming up the the Place d’Etoile, round the Arc du Triomphe, down the Champs Elysee, Place de la Concord, roar along the Rive Droit alongside the Ports de Lyons gate of the Louvre then turn and through the Louvre (no IM Pei glass pyramid visible back when this was filmed) and eventually, judging by the increasing slops heading into the Montmartre region and stopping near Sacre Couer at the end (I was quite pleased I remembered my Parisian geography and could follow where he was going for the most part). Camera position stays fixed all the way through and the car never stops (alarmingly at some points!), very simple but really cool. Just found what looks like the whole thing on YouTube, so have a look:

I was also drawn to the short films session because they were showing the first short animated work by Sylvain Chomet, creator of two of my favourite animated features, Belleville Rendezvous and The Illusionist. The Old Lady and the Pigeons is a bit rougher than his later films, but still interesting and you can see some of his styles and approaches (the Ralph Steadman influence is visible even here). Fun to see. Again it seems to be available online, so here you go:

Came out the Filmhouse to find night had fallen and the earlier drizzle had turned to much heavier rain, so decided to catch a bus rather than walk home, while I was waiting by the stop outside the Usher Hall I had the urge to take a pic as the area has only recently been opened up again after some construction work revamping it, so the space in front of it is now opened up, with illuminated signs for upcoming events. With the lights reflecting off the wet streets I felt like getting a shot, but lacking the tripod I had to improvise, bracing the camera against a nearby post, so it isn’t quite as sharp as I’d like, but you take what you can get. Colour didn’t work well for it, but black and white seemed to suit it much better: and while I was at it I took a quick one of the Usher Hall with it’s brand new modern extension, again with the lights reflecting on the wet paving stones: