Last weekend saw the return of Raft Race and the Edinburgh Canal Festival for the first time since before the Pandemic years. I was at the very first Raft Race, taking photos back in 2007 (I hadn’t realised how long ago it actually was until I looked back at those photos and saw the date taken). 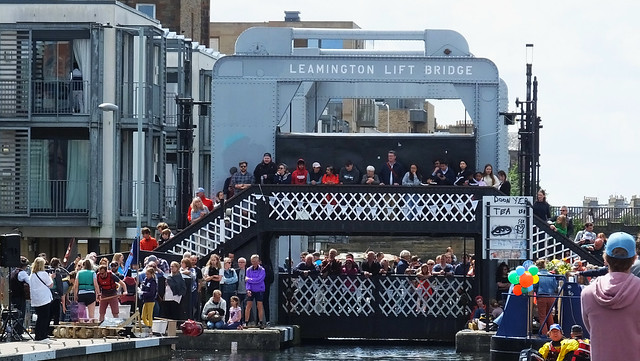 It started as a fun Raft Race, with people building wacky designs (sinkings were common and still are – part of the fun!), and over the years evolved into the local Canal Festival. We had a warm, sunny weekend for it (you can’t take the weather for granted for outdoor events in Scotland, even in summer!), and a lot of folks turned out to welcome it back. I met several friends to watch it, two of whom had never been to it before, so this was all new to them, which of course made it more fun. 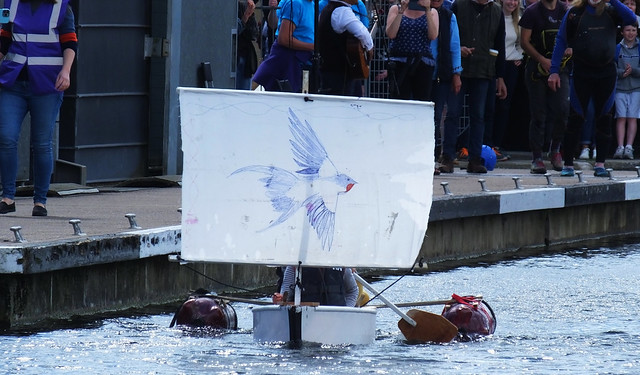 Despite the warmth and sun, it was very, very windy – this wee raft was the only one I saw with a sail, which I imagine was as much for decoration as anything else originally. But with the strong wind, and fortunately for them, in the correct direction for the race, they scurried along at a great clip! Lucky! 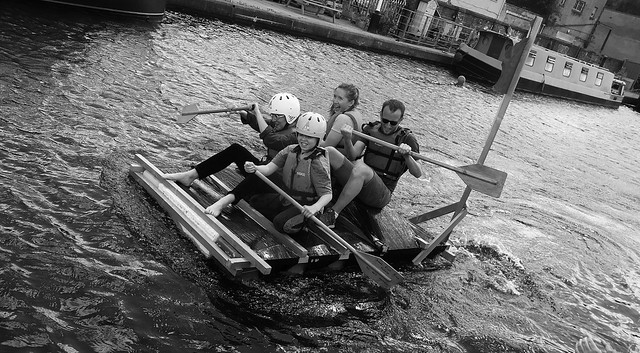 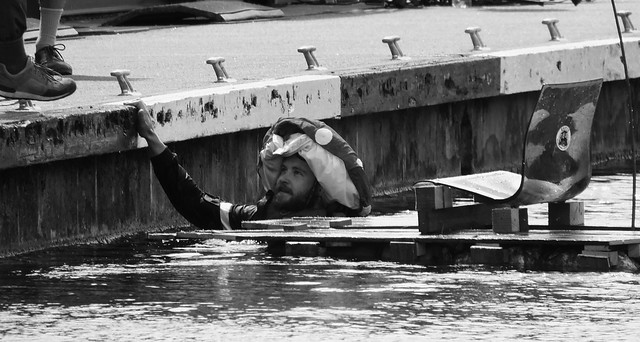 It’s not the Raft Race until someone ends up in the drink!!! 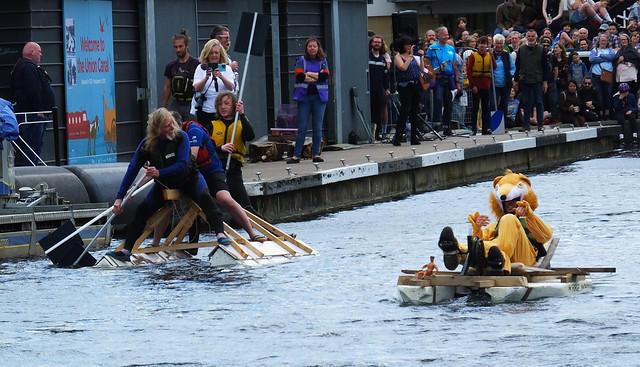 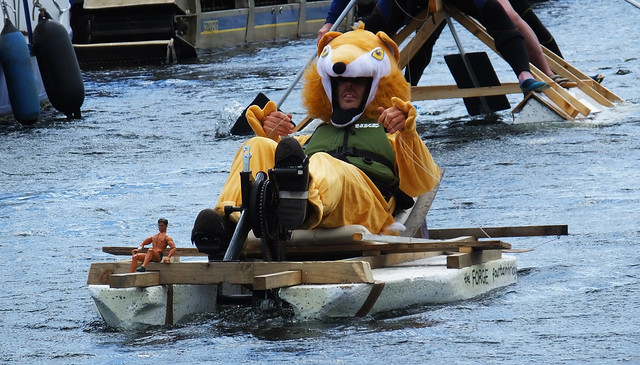 This chap in costume, with the recumbent bike approach to his design, was going great guns, handily ahead of the others… until it broke down and he was trying to fix the pedals and chain as the others caught up and passed him. They all got big cheers anyway. 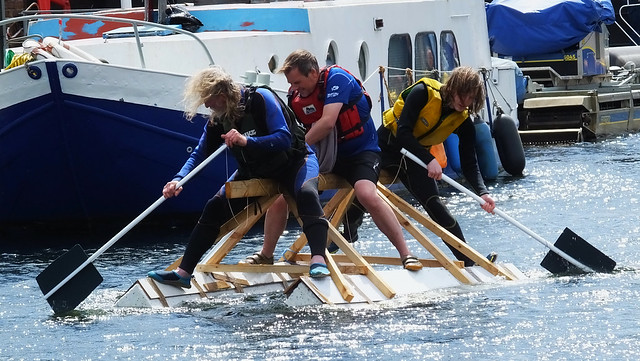 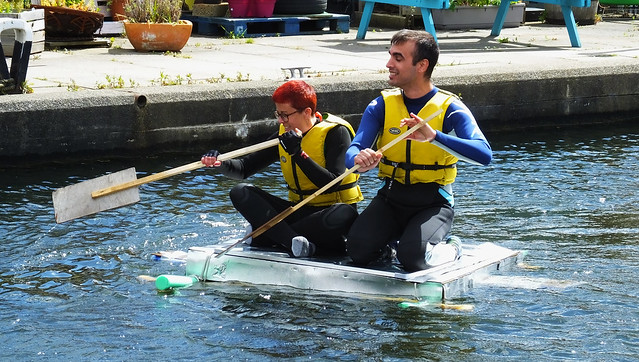 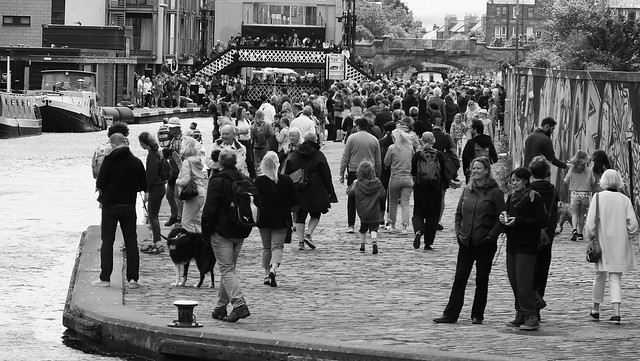 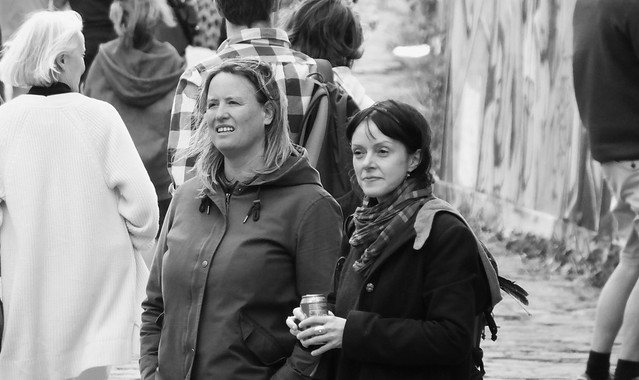 As you can see, it was a pretty busy day, and everyone was having fun, cheering on the rafters. I think we were all just enjoying being able to hold these events again after the last couple of very difficult years. 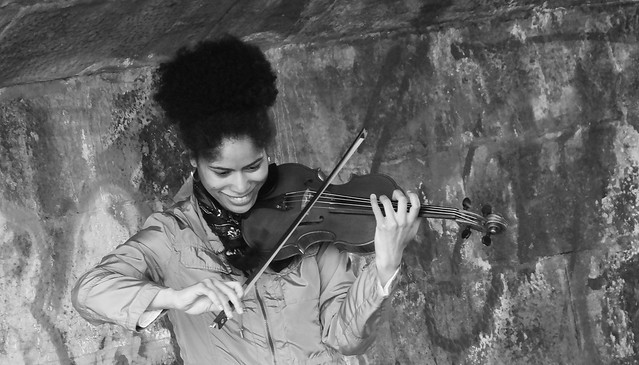 There was also live music – this lady in the pic above was playing her violin under the stone arch of the old bridge over the canal at the bottom of Viewforth, which gave amazing acoustics. Others played by the side of the canal or even on passing boats!! Insert pun here about performing Handel’s “Water Music”!!! 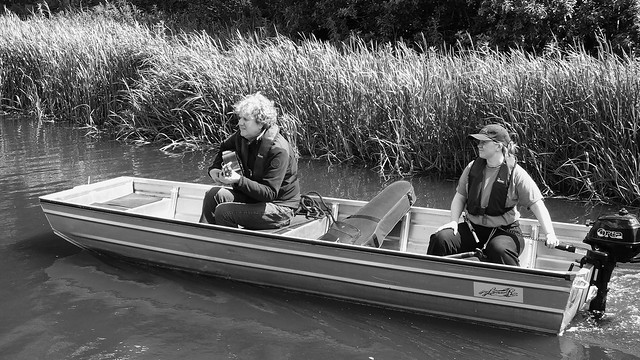 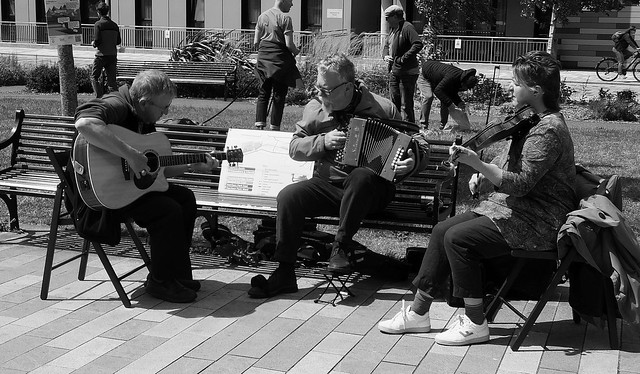 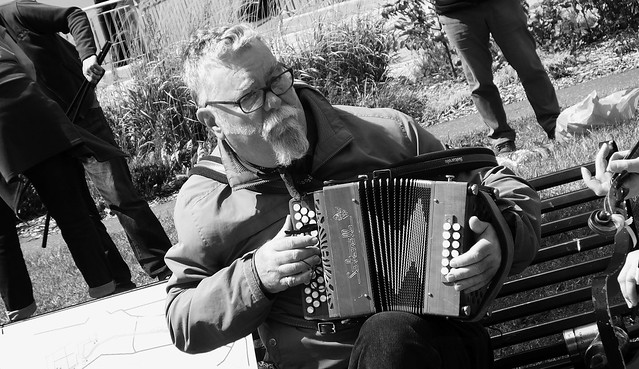 As ever, if you click on the pics you can view the larger version on the Woolamaloo Flickr photo stream.