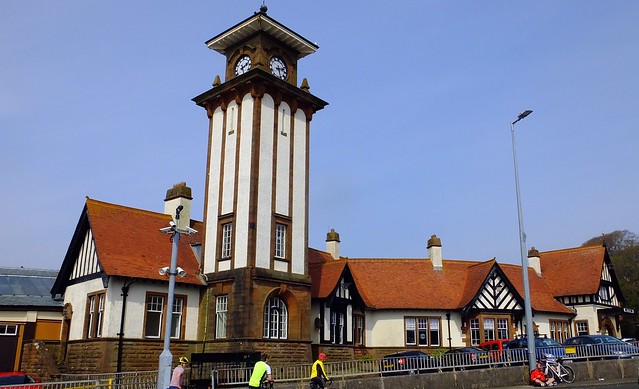 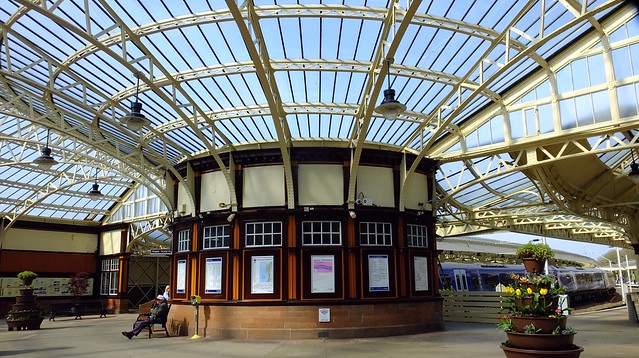 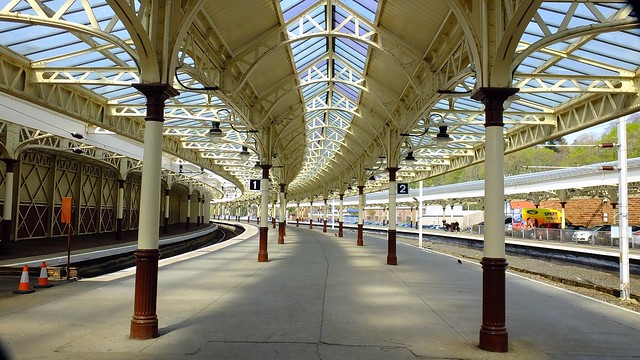 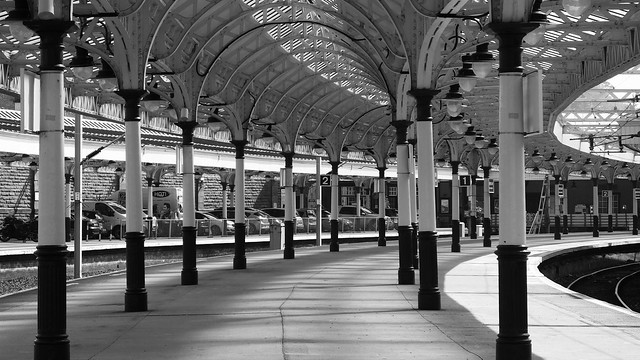 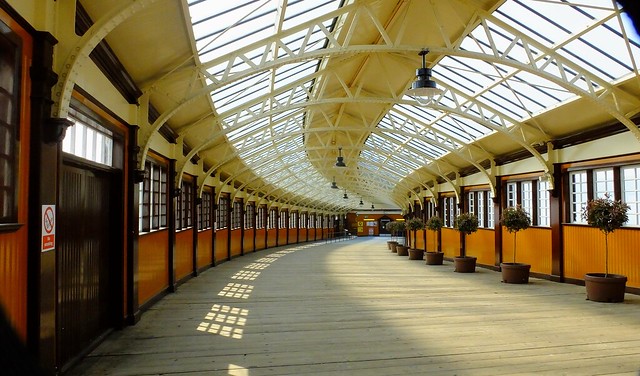 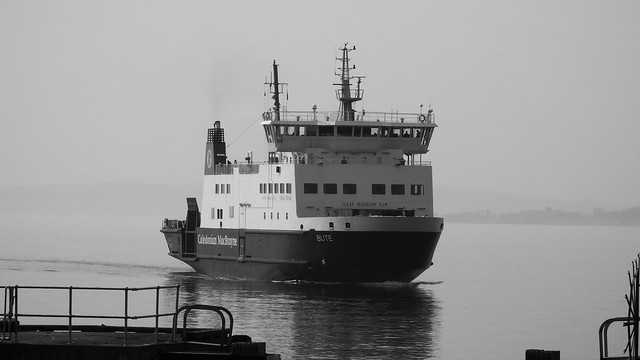 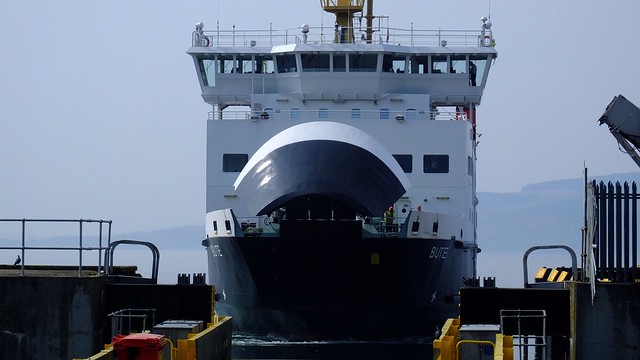 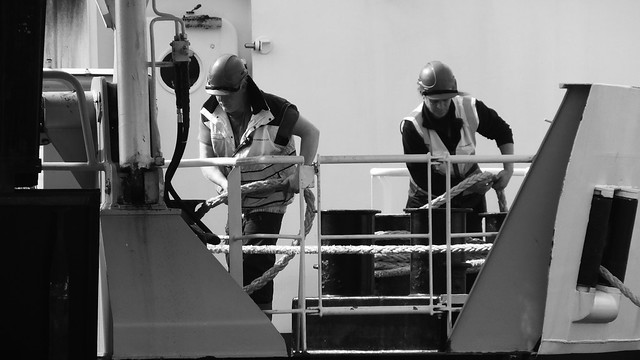 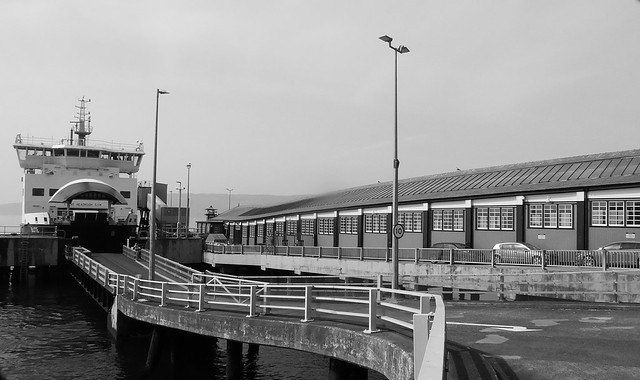 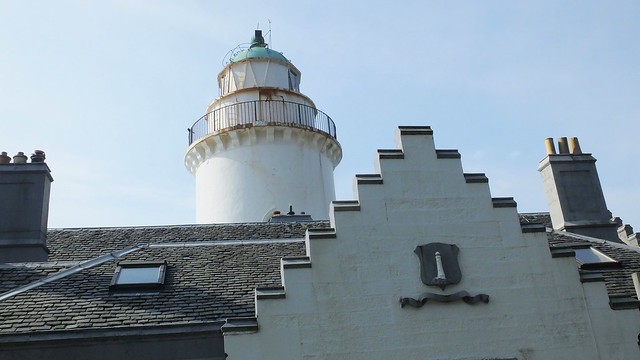 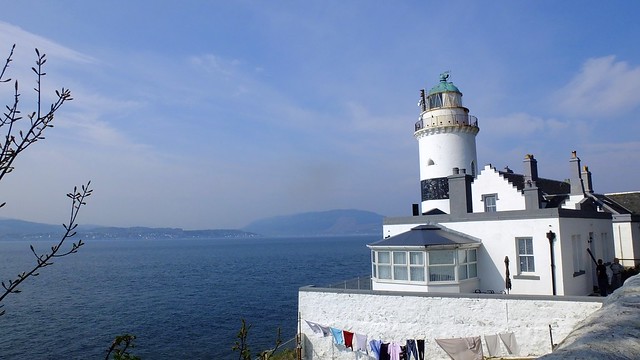 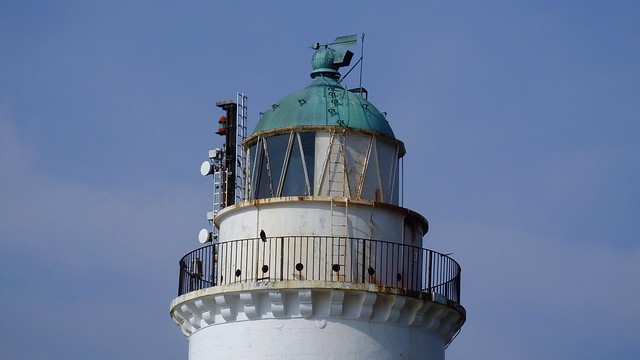 The Isle of May, glimsped through the haze off the Fife coast (viewed from Pittenweem), on a gorgeously bright spring day (even the usually grey-green sea turned deep blue by the lovely weather): 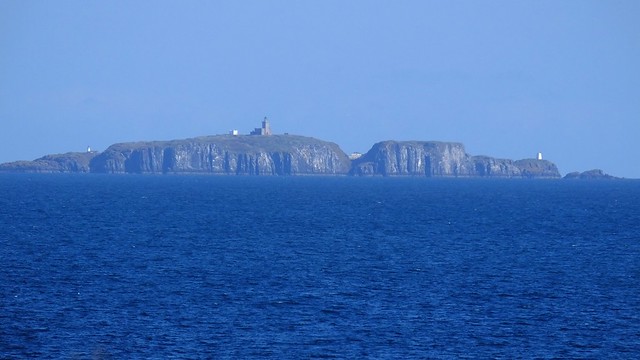 Down at Portobello this afternoon, grey, windy, stormy, high tide being pushed even more by the wind, causing the waves to smash into the sea wall with mighty booms, like roaring thunder… 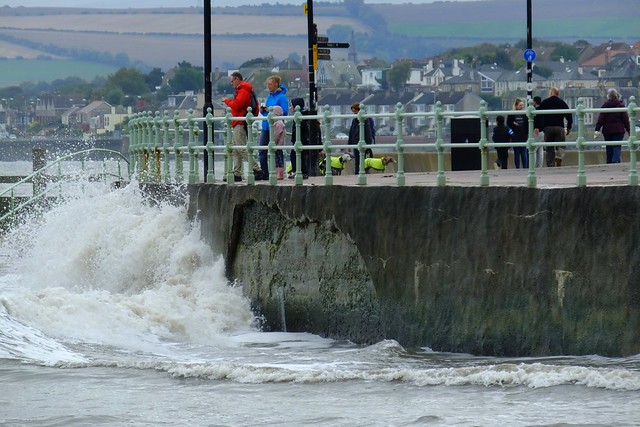 And then often hitting the sea wall with such energy it was forced up and along, fountaining upwards to rise up and over then splash down onto the promenade 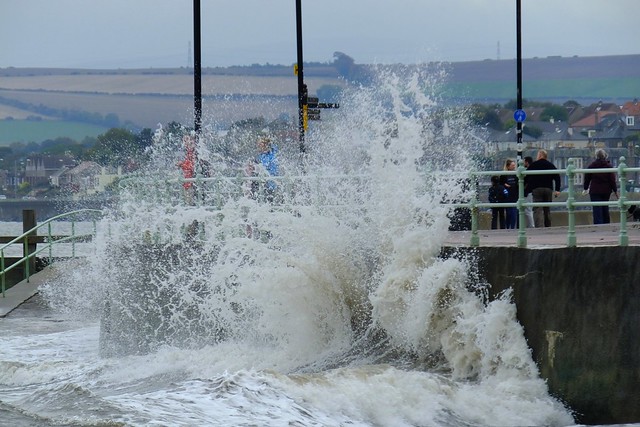 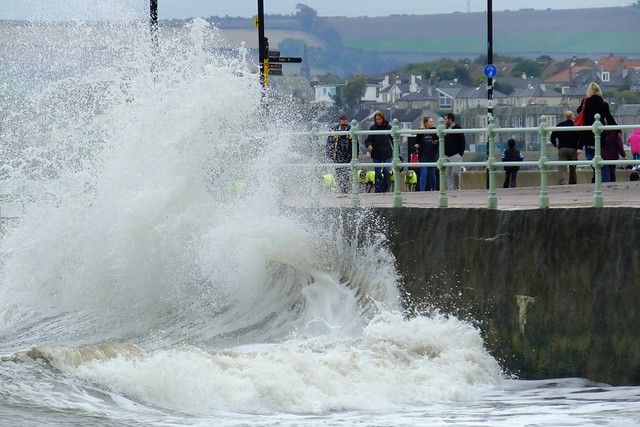 While people were enjoying watching it splash up and over, although they would then dart backwards with delighted shrieks 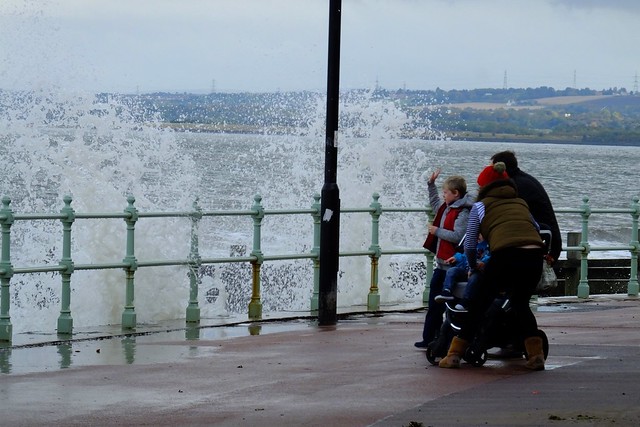 Naturally I used the bigger zoom on my new camera to take these – I wasn’t getting that close!! 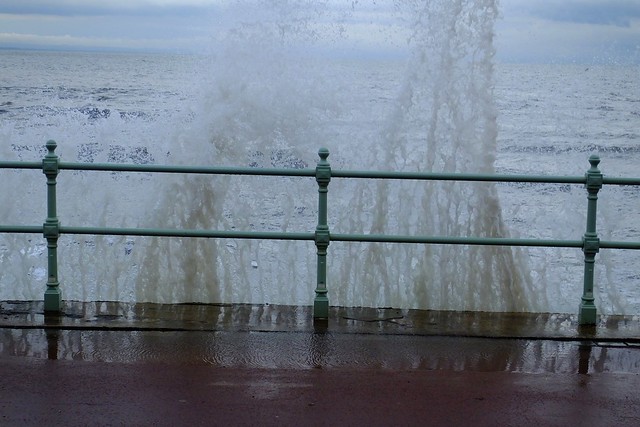 Nice, sunny afternoon, pal decided to get the hood down on his old MG and go for a run up the coast, we ended up in Burntisland in Fife for a short stop, wandered through the wee funfair, sudden rush of childhood memories – if we came back this way when I was a kid my mum and dad couldn’t get past here without me spotting it and a stop off would normally ensue. Nothing huge at it, but when you’re six it’s fun!: From a distance we thought this was a helter-skelter, but when we got closer we realised it wasn’t a slide spiralling down the tower, it was a track and wee cars ran down it. How the heck did they get up to the top though? We watched and it turned out the cars went right up inside the tower – kids get in them, it enters then flips up so it is sitting on it’s backside and goes up vertically with the passengers lying on their back, then at the top it emerges, flips back to horizontal and starts its spiral downwards, looked fun. and here’s a short video of the ride in action:

The sun is declining in the sky, time to ship oars, furl sails for another day, make all ship-shape and Bristol fashion I could be wrong, but I get the impression that the tide may be out at this point… You can actually walk down the steps right into the wee harbour floor at North Berwick during low tide, although I don’t recommend stepping out much further than the base of the stairs as the muddy sand is rather sinky.