Each night it is slightly lighter when I leave work as sunset slowly moves later each day as winter moves at a snail’s pace towards spring. It is still dark as I walk home, but only just, with a glimmer of pale light in the western sky – the sun already below the horizon, but a last bit of light illuminating the skies. And as I walk home east to west that’s facing me and I get a chance for a few “blue hour” shots, when the eastern sky behind me is already black but for a short period the western sky retains a pale, blue glow, which silhouettes Edinburgh’s unique skyline beautifully. It’s something that happens particularly early spring and late autumn, and it’s a sight I always love seeing… 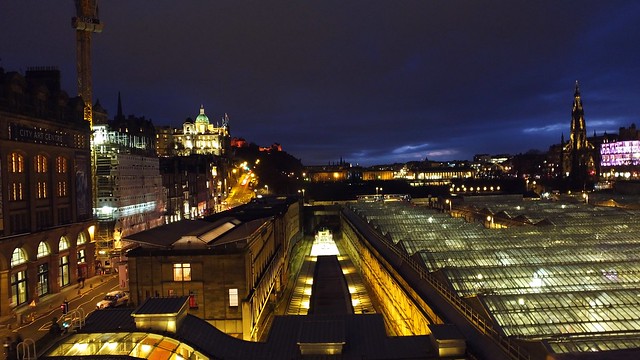 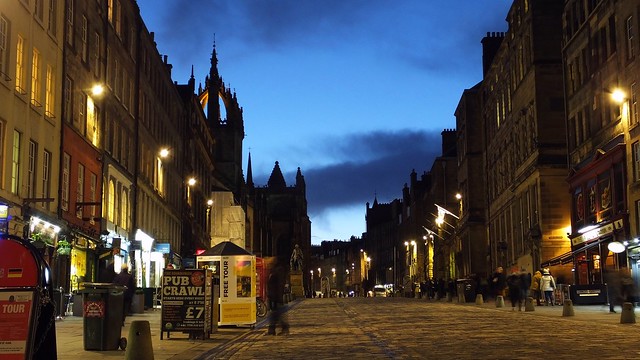 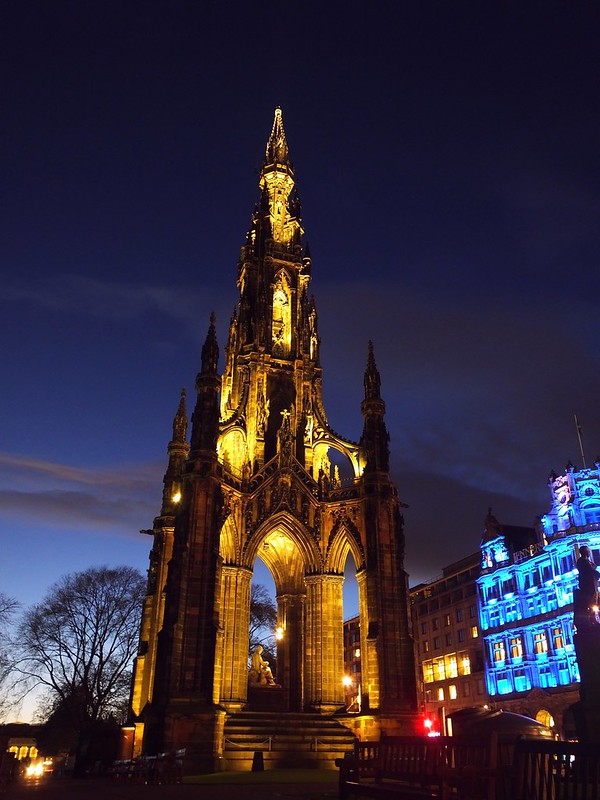 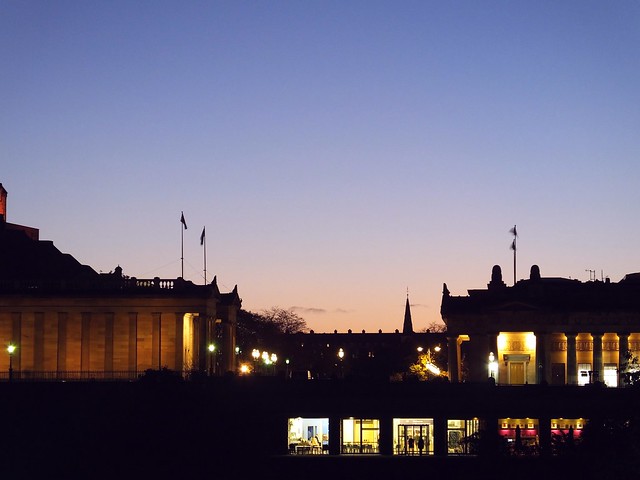 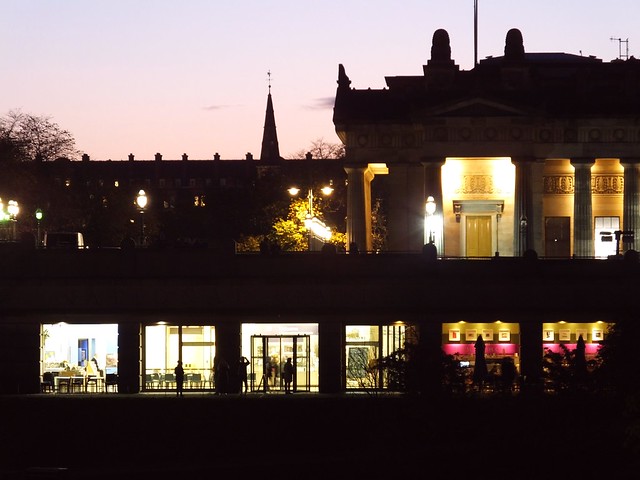 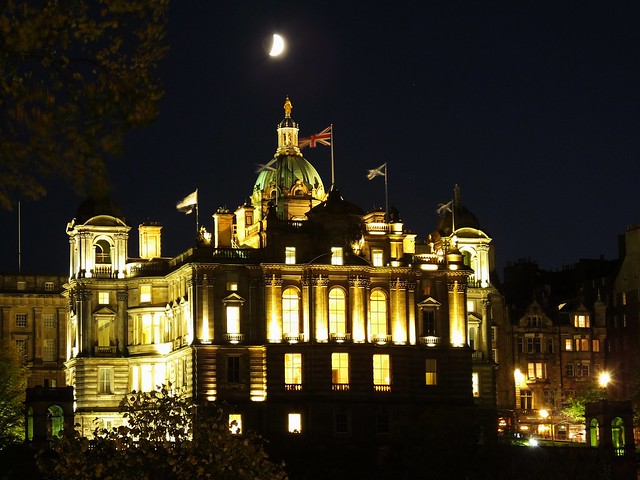 It’s dark well before I leave for work at this time of year, but while some complain about the increasingly long, dark nights I see it as a chance to enjoy the city’s nocturnal face, and to take some more night shots. I was lucky enough to be walking home from work at just the right time this week to capture a ‘blue hour’ shot – a phrase used by some photographers to refer to catching an early night shot, when most of the sky has gone dark but there is still just a tiny glimmer of pale, blue light in the western horizon. Walking up the Royal Mile which runs east to west and slopes upwards along the spine of the volcanic ridge the Old Town sits on, the sky above and behind me was already dark, but just a little light still to the west, and of course on a long exposure on the camera is seems much brighter as it spent a couple of minutes drinking in the scant light. I love capturing these moments even mroe than a full night shot, you get the illuminated street scenes of a busy night-time city but also that little blue light to silhouette some of the buildings too. This image must have been shared somewhere, because my views for it went crazy on my Flickr stream – over 2600 views in less than 20 hours of posting, which is pretty satisfying. Click the pic to see the larger versions on my Flickr: