Another quick review of one of the genre movies I caught recently as part of my annual Edinburgh Film Festival week, this one by the great J-Horror director Hideo Nakata. This review was originally penned for the Forbidden Planet blog: 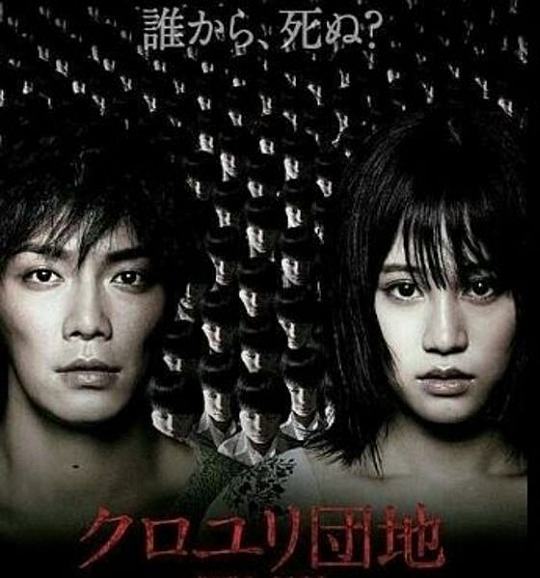 Hideo Nakata is a name well known to fans of horror films, especially that rich seams of J-Horror, with very influential entries in the genre such as Dark Water and Ring. When I went to see The Complex I wasn’t sure quite what to expect – much as I love horror film and have enjoyed the works which Japan (and them more parts of Asian cinema) have been adding to the genre, I have to admit that there has been a bit too much in terms of generic tropes and repetitive imitations – too many close ups of rolling eyeballs over loud soundtrack noise and very long haired girls crawling in unnatural poses have diluted this part of the genre through inferior copying and imitation. Refreshingly with The Complex Nakata treads a different but highly effective path, here opting for more of a straight ghost story, proper hauntings with real reasons for the ghosts’ existence and mostly avoiding the jump-shock or gore approach for creepy atmosphere, something a well told ghost tale can do so well and to such phantasmagorical effect.

Asuka is a young student, moving into a slightly run down looking 60s style concrete apartment complex with her family, in order to be nearer to her college, where she is studying to work in healthcare. The opening scenes of unpacking in the new home seem very tranquil and domestic and fairly cheery, with her little brother and loving parents around her, but for those of us who have a lot of horror flicks under our belts there are signs even then that there are dark clouds in the horizon. A solitary, rather tatty box of possessions, oh, these are mum’s thinks Asuka as she unpacks in her room, and takes it through to her parent’s room. Somehow you just know that box is foreshadowing something later in the film. Other warning signs that not all is right with the apparent domestic bliss of a new family home come when over breakfast on different mornings her mother and father have exactly the same conversation… It Nakata’s world it isn’t just the dark, spooky places that can harbour something odd or frightening, as with Lynch so too can the cheerfully suburban dometic. 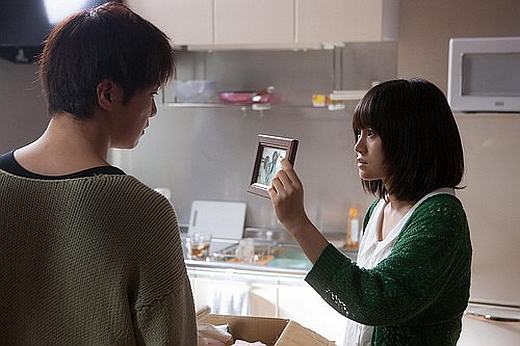 And then there are the neighbours – Asuka is sent with little homemade cakes to introduce the family to their new neighbours and starts with the apartment opposite them on their landing. She rings the bell and knocks the door; she thinks she hears someone inside, but no-one actually answers the door. And then in best creepy horror tradition the door opens itself, just a few inches, but with no-one visible. And then it closes again. Creepy things going on or just an elderly neighbour who doesn’t care for company? And why are there no kids in the playground, save for one single wee boy? As night falls on those first evenings in the new apartment the noises start, some awful, drawn out noise from the apartment right through from her bedroom…

I’m not going to expand any further into what the source of that noise is in the neighbouring apartment, or indeed why the apparent domesticity of the new family home feels so off despite the apparently happy surface, because that would take us into the realm of spoilers. Suffice to say Nakata takes his time in slowly building up the setting and introducing characters, the slow burn, ratchetting gradually up with the tension and creepiness that a good ghost tale requires. My only complaint about the Complex is that a couple of the twists I saw coming very early on in the film; perhaps Nakata telegraphed them a little less subtly than he should, but then again it is equally possible there’s no real fault in the narrative and it is simply having seen so many genre flicks the regular viewer picks up on some foreshadowing quicker than other viewers. It certainly didn’t spoil my viewing and Nakata being the master of horror that he is there were other revelations I didn’t see coming. Besides, J-Horror or horror from anywhere else, the key to a good ghost story is atmosphere, and that Nakata has in spades here. Good late night horror viewing. 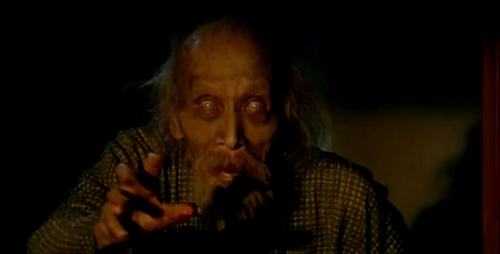