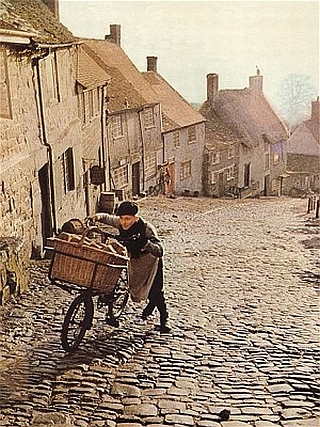 Adverts – some are funny, some are stupid, rarely do they make me want to buy something but boy, how often do some of them grate so much you dive for the remote to change channels? Except when you’re in the cinema and stuck with them. When I can’t get away from them in situations like that I stay sane by amusing myself with the version I’d like to see. Top of the annoying list has to be that little shouting twat Barry Arsehead who does the Cillit Bang ads. Cleaning product ads are often the lamest of all (especially since they often use the same footage across Europe and dub in appropriate language voice over which doesn’t match mouth movements), but the Cillit one is made even more annoying as this wee arse struts onto camera and bellows. It’s TV, you twonk, we can hear you perfectly alright without shouting. Quite why a short man shouting is supposed to make a product attractive to us is beyond me. I long to see a Cillit Bang ad where they strap that eejit down, force feed him five bottle of Cillit Bang, insert a fuse down his throat, light and run away – Bang! And the dirt is gone! Now there’s an ad I’d watch.

The mobile phone ‘flex’ adverts too bug me, especially the one that starts with the guy chattering away on his cell phone as he gets ready to go out, then gee, take the stairs or lift, no he goes out the balcony of his block and drops to the plaza below which becomes like a trampoline, flexing to allow him to land safely. I understand the ad is trying to say, look, we make our service flexible to suit you (which is bollocks, as we all know) but I can’t help but see it as a sign of the lazy and selfish attitude of many today: get everything out of my way, I want it my way, right now, sod off, me, me, me (the other phone ad where buildings and vehicles are all folded down flat to get out of the way of the hip young things illustrates this perfectly too – visually funny image, but if you think about it what happens to the people in those buildings???). The oh-so-cool guy doesn’t even look before he leaps; what if he landed on someone? Or even if he missed them what if someone was walking nearby when he makes the ground ripple, causing them to fall over and get hurt?

Yeah, I know, you’re thinking, Joe, don’t take is so seriously, its just an ad, which is true on one level but how often have you been bumped into by some twonk who is constantly talking on their phone and ignoring everything and everyone around them as they do, walking into them, knocking things over, not even pausing in their conversation even when dealing with someone like a sales assistant in a shop or the driver when boarding a bus (so bloody ignorant). A general symptom of the increasing selfishness and rudeness we see everyday in society. So I want to see this ad where the numpty jumps out of his window, plummets earthwards and suddenly he runs out of credit and hits the hard, stone plaza and does an impression of a giant pizza. Or he loses signal as he falls with a similar result. Or he lands safely again but the rippling, elastic flex of he ground as he lands caused someone to fall over and get hurt, then they sue him and the cell phone company for damages. And I have to admit there is a perverse part of me that almost wants to see some stupid idiot trying to replicate this ad in real life, be a great one for the Darwin Awards.

And while we’re at it, what the hell is with the constant use of faded-out colours and clothes styles which are used to try and create a 1970s film footage effect in so many ads? Cell phone ads are the worst for this. Once or twice is fine, but so many now do it I find I hate even the appearance of this stylistic.

Citroen, alive with technology as the French car suddenly becomes a Transformer robot and runs down the street. What happened to the driver when this happened? Don’t you just want to see this ad where the car transforms and there’s a wet scrunching sound as the driver find out what its like to become pate? Actually I don’t mind the Citroen ad too much, it looks quite cool, but what does annoy me is that lack of internal logic to the idea: I can suspend disbelief and go with a car which transforms into a robot for an ad, but really, what do the ad makers think happens to the occupants of the vehicle? If they ain’t horribly crushed they will at least be terrified and probably terrified of all motor vehicles for life after that.

And then there’s the ads that do what ads do best, try and pray on our fears of things not being quite right with our bodies. Don’t let diarrhoea ruin your day, take these pills. Then the other way round, don’t feel constipated, take this! Talk about being full of shit… Tell ya what, instead of popping an instant-fix pill as our modern, super-fast society demands and try actually eating right you stupid bastard! Got the runs? Eat decent, balanced foods and wash your hands before cooking rather than pop pills. Bound up? Again eat some decent food you numpty. Decent fibre or if all else fails a good curry and Guinness.

Watching the latest Lynx deodorant for men ad (“spray more, get more” – sounds like an ad for tomcats to me) which starts Baywatch-style with a large-chested woman running in a bikini in glorious slo-mo (there was so much titty bounce I thought at first it might be an ad for sports bras for active girls who need real support). As tens, then hundreds and eventually thousands of bikini clad tall, busty women race irresistibly towards the beach where our man is spraying his Lynx I couldn’t help but think of a couple of alternative readings for this ad, somewhat different to the preferred meaning of the makers. My first thought was it would be hilarious if when they ran towards him on the beach they tore him apart with their bear hands because they were a tribe of fierce Amazonian warrior women. The second was it would be hilarious if the ad ended with the women reaching him then punching the crap out of him as he sprayed the deodorant around, yelling “stop destroying the biosphere, you stupid male bastard.” Coming up with your own interpretation of the ads is usually more fun than the actual ads themselves.

The Royal Marines are running recruitment ads in cinemas and TV again, which stress how tough the course is (and it certainly is) and that “99.9% need not apply”. While not bashing the Royal Marines, who make most countries special forces look like traffic wardens, it does make me wonder why air such an ad via the biggest mass media available? If you are aiming at .01% of the population but are paying for national advertising isn’t that possibly the worst use of mass media?