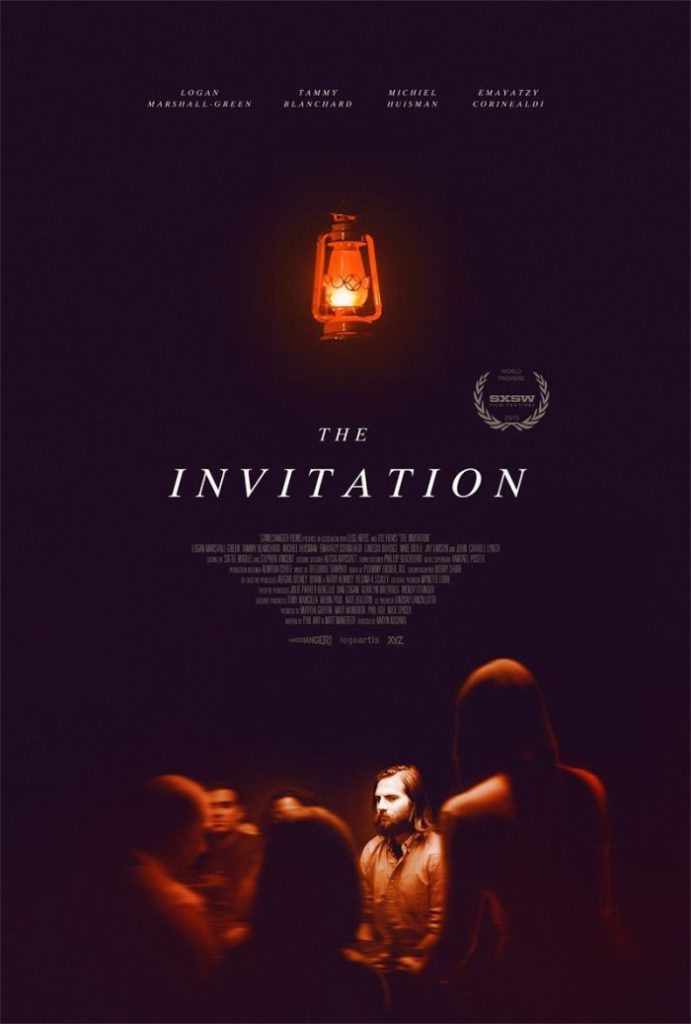 Other than the fact The Invitation debuted to some acclaim at the London Film Festival, I knew next to nothing about this film in advance (a rare occurrence these days when we hear about most films well in advance), but frankly they had me at Karyn Kusama. Kusama impressed me with her Nicole Kidman-starring Destroyer, which I reviewed on here back in the spring (see here). When I realised it was the same director I was more than happy to have a look at The Invitation, and I am glad I did, as it proved to be a masterclass in tension and discomfort, right from the start.

Will (Logan Marshall-Green) and his partner Kira (Emayatzy Corinealdi) are driving up into the hills behind LA, invited to a dinner party with old friends, hosted by his ex-wife Eden (Tammy Blanchard) and her new husband David (Michiel Huisman). The sense of something out of joint is present right from the start, when Kira and Will’s car hits a coyote on the isolated, tree-lined road up through the hills. And this isn’t just a sudden accident, Kusama drags the scene out – the animal is mortally wounded but not dead yet, making the whole incident more distressing. Will is already uncomfortable at the thought of returning to the house he once shared with his former wife, without this incident – a portent? – on the way. 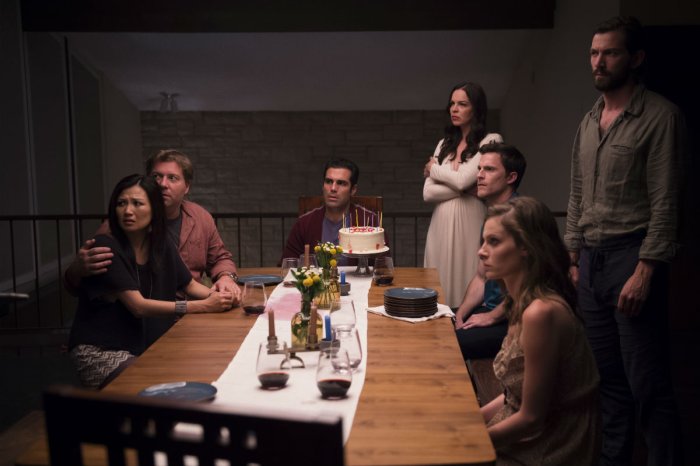 I imagine most of us would feel awkward at having dinner with and ex and their new partner, and in this case we learn that it is a gathering of a bunch of old friends, but none of them have heard from Eden in a couple of year, leaving them all wondering, understandably, why now, out of the blue, they send an overly-elaborate invitation insisting they all get together at this time. Will is clearly ill at ease, and we gradually discover through tiny flashbacks of memory, triggered as he goes round the home he once shared with Eden, that this isn’t just because they are ex-partners, it is that something happened to them something very, very bad, something that drove them apart and almost finished both of them. Something that happened around this house…

This makes Will question why she can stand living here again, not to mention the strange serenity she and David seem to now possess – a rather creepy form of serenity, the type you expect from someone sucked into some phoney therapy or cultish type group. And then they mention a group run by a guru in Mexico, and introduce two strangers into this reunion of friends, two people the rest have never seen before but David and Eden know from this Mexican retreat. Again Will wonders why these two, odd strangers have been invited to what is meant to be a gathering of old fiends?

The others, even his girlfriend Kira, think he is over-reacting, that it is his history with this house, Eden and the tragedy that befell them that is causing him to react so badly to the evening, to jump at shadows, suspect for no reason. Perhaps he is still disturbed, discomfited, out of his element, in a place he doesn’t want to be. But why does David lock all the doors once everyone is in? Why are there bars on the windows, why is there no phone service, why are Eden and David so keen nobody leaves early? 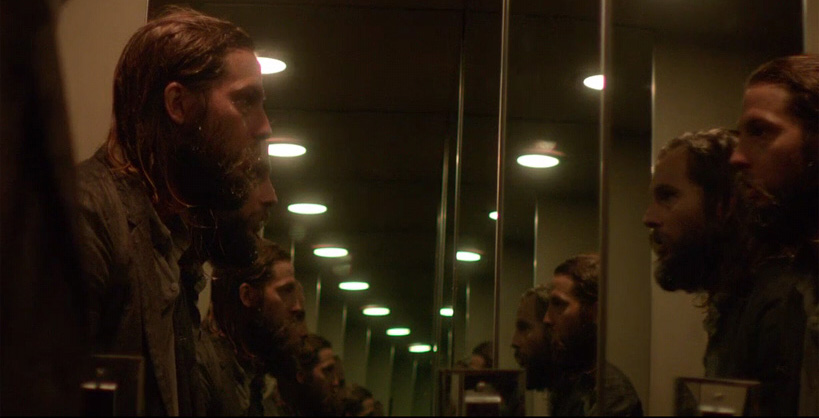 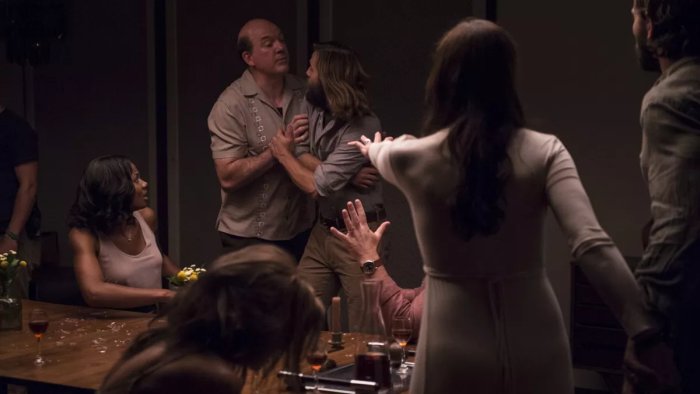 Is this all in Will’s abused psyche or is something really wrong here? I don’t want to ruin anything with possible spoilers, so I won’t say anymore on the plot. I must say, though, Kusama, crafts such a sense of ever-increasing unease throughout the film, expertly cranking up the sense of wrongness and disturbing atmosphere, but for much of it leaving us to wonder how much is genuinely out of kilter and how much is the broken psyche of Will reacting badly to this event. The slow reveal of the tragedy that befell him and Eden aids in this and gradually changes the viewer’s perspective, leading to a fascinating and darkly compelling third reel.

The sense of tension, of unease and wrongness lurking below what seems like a lovely home and group in a nice area is beautifully done – think Blue Velvet era Lynch crossed with Get Out, perhaps, and the use of mostly one location – the house – enclosed everything and makes it more tense, more claustrophobic. Highly recommended.

The Invitation is released on Blu-Ray (with a raft of extras, including commentary by Kusama, making of and interview features) by Second Sight on November 4th