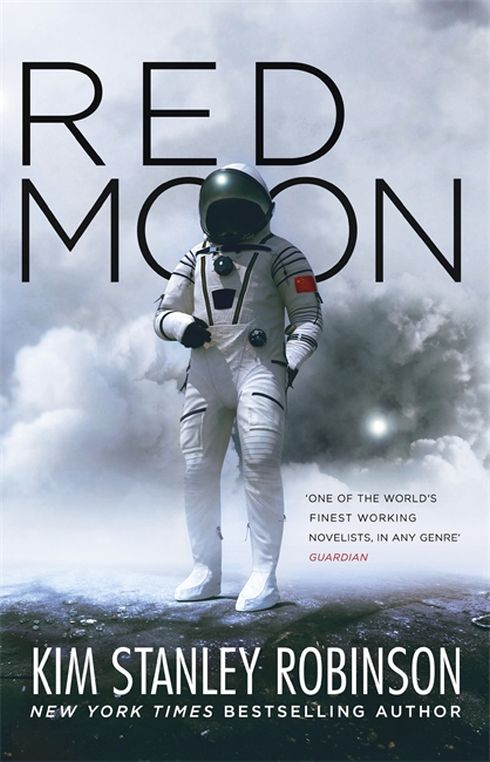 I’ll confess right away to being biased here: I think Kim Stanley Robinson is one of our consistently most thought-provoking and intelligent science fiction writers we have working today, and any new work from his pen is most welcome. In Red Moon we’re roughly three decades into the future, with well-established Moon bases – numerous nations have a presence, from Brazil to Britain, the Americans, the Russians, but the biggest player by a Lunar mile is China. Robinson imagine the vast monetary surpluses China already has today, much of which is invested in gigantic infrastructure projects, and plays that out on the astronomical scale with huge investment in colonising and exploiting the Moon. Among the various nation states there are also freebooting prospectors, 49ers in spacesuits and Lunar rovers and a form of free town, a domed settlement run on co-operative lines where the architecture takes advantage of the lower gravity (humans leaping and swinging from structure to structure like orang-utans).

American Fred Fredericks works for a Swiss technology firm, tasked with taking a special communications device to a customer, a senior Chinese official on the Moon. The device is quantum-entangled, it will only talk to its paired device back on Earth and is pretty much un-hackable. On the shuttle to the Lunar surface Fred meets a fellow traveller Robinson fans will remember fondly from Antarctica, Ta Shu, now quite elderly but still up for exploring a new destination for his much-loved travel shows. Ta Shu takes a shine to the awkward Fred (who is better with systems than people, it’s hinted that perhaps he is on the Spectrum), and when his young friend finds himself mixed up in a mysterious assassination of a Chinese official (which almost kills Fred as well), he does his best to help, which draws him into the orbit of Chan Qi, daughter of a high party official, who needs to get off the moon quickly after breaking the rules big time – she’s heavily pregnant.

Ta Shu, Fred and Chan Qi find themselves soon treading through a labyrinth of conflicting ideologies and movements, some local, grass-roots (Qi is involved with a people power movement across China), some internal party politics (leader succession time beckons and different groups want a different direction for China), and global conspiracies (America is even more in debt to China than it is today, but trying to compete and play the Great Game against a backdrop of economic chaos at home). It’s an incredibly rich stew of the political, economic and scientific, but as with his previous works Robinson is good at ensuring there is always a personal level here that isn’t overwhelmed by the events going on around the characters.

These are characters you come to love – the brave but brittle and testy Chan Qi, the awkward but trying his best Fred, and, for me most especially Ta Shu. There are some beautiful little emotional moments, such as Ta Shu meeting an old friend, who takes him to the best spot to watch the Earth Rise above the Lunar surface, after which the two old gentlemen, in the traditional, refined Chinese manner, each compose a poem for the moment. Fred forced into close contact with Qi for a long period on the run, has to deal with his problems in interacting with others, while Qi is slowly forced to realise that individual friendship is as important as the Great Cause she is fighting for.

Robinson, as he often does, uses his future fiction to address many of the ills of today’s world – the vast economic inequality (both individual and national level), the importance of equal rights for all, the problems of mass, illegal migration (although of a different type from what you may think), and weaves in an environmental aspect to it all. Red Moon also echoes his much earlier Antarctica novel (written after Robinson himself travelled there, part of a writer and artist’s programme by the National Science Foundation), not just in having Ta Shu, but also echoes its feel in some places, the Lunar colonies reminiscent of the scientific bases on Antarctica, the stark, barren beauty of the landscape also evoked by the Lunar surface. But at its heart this is less about the science or the politics but the people involved, and that is what makes it so compelling.