As autumn slips into winter the sun declines into the western sky earlier and earlier each evening now, setting a little after four in the afternoon now. So longer, colder, darker nights come in once more, but it’s not all bad when it gives you sunsets like this in Edinburgh – the sphinxes on the roof of the Royal Scottish Academy watching the sky becoming an Impressionist painting for just a few, brief moments, sun already gone but a last splash of colours across the western sky before the final fall of night: 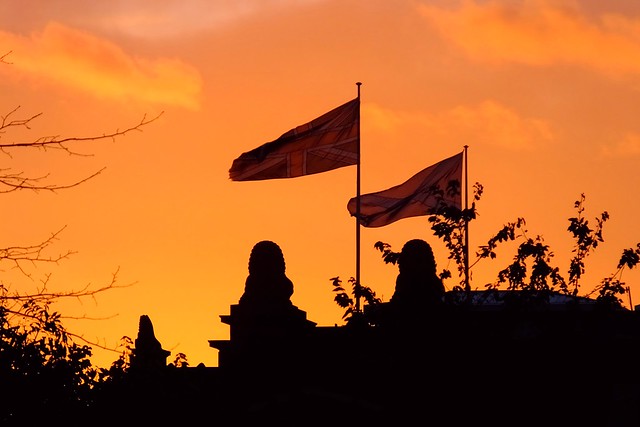 A lot of people paused to watch as Edinburgh Castle was silhouetted by the dying of the light: 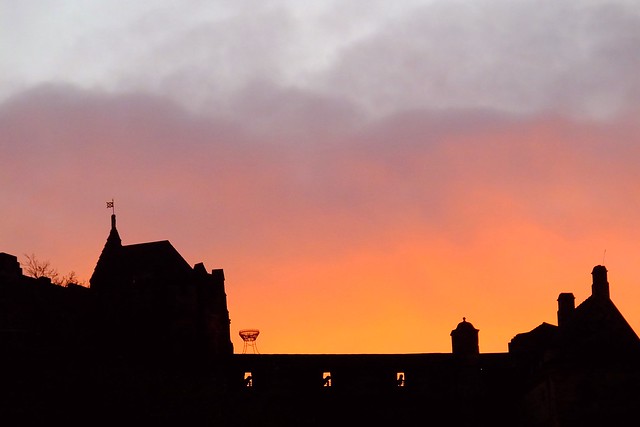 Despite the cold I went for a photo walk, and ended up spending over two hours taking night shots. Most still to be processed, but here are a few I took around Victoria Terrace: 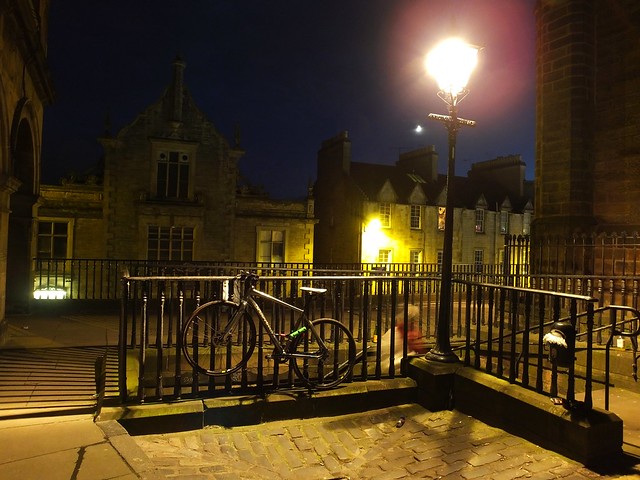 The terrace is in the Old Town and overlooks Victoria Street, which curves down steeply from George IV Bridge down to the Grassmarket. There are several bars and restaurants at one end of the terrace – if you go into the front of those establishments from the Royal Mile or Johnston Terrace (behind the Castle) you seem to be going in at ground level, but because the Old Town is built on a steeply sloped volcanic ridge, when you come out their back door to the terrace you find yourself looking down over several more levels below. It’s a good place to see the different levels Edinburgh’s geology forced the architecture to take. 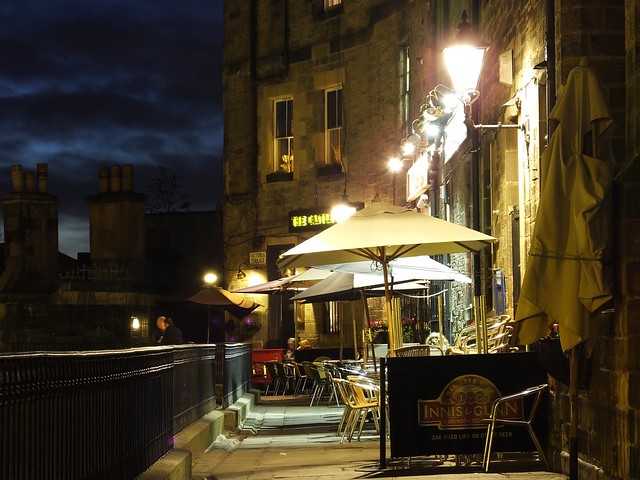 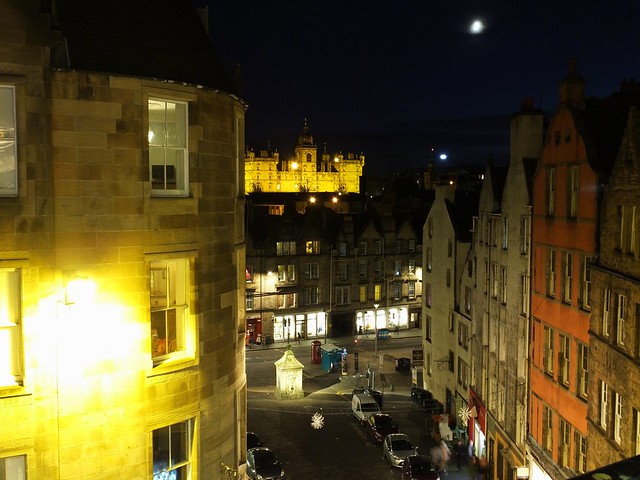 A lot of people don’t even notice the terrace above Victoria Street when they visit, quite easy to miss, but if you are in town it’s well worth a quick wander along, night or day, because it offers some unusual perspectives on the Old Town and views across the heart of the town, such as towards 17th century Heriot’s School, which here looks like the Edinburgh branch of Hogwart’s: 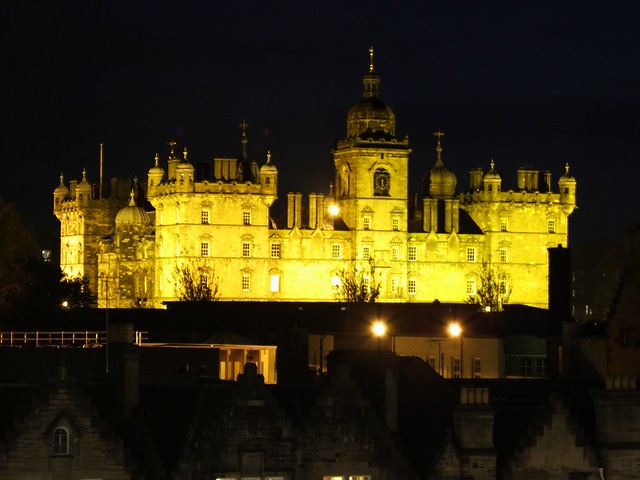 And now it is dark before I leave work each day I get views like this walking up the Royal Mile: 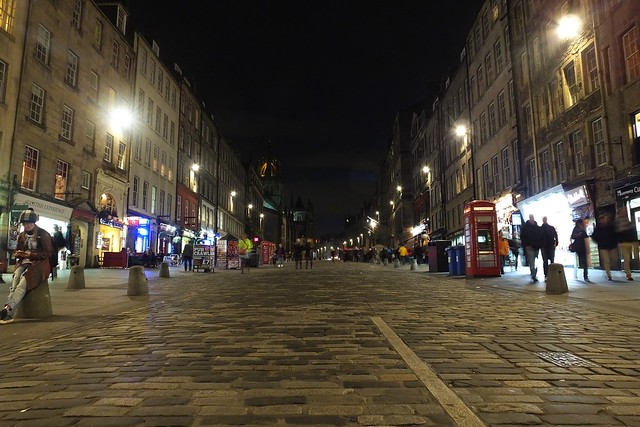