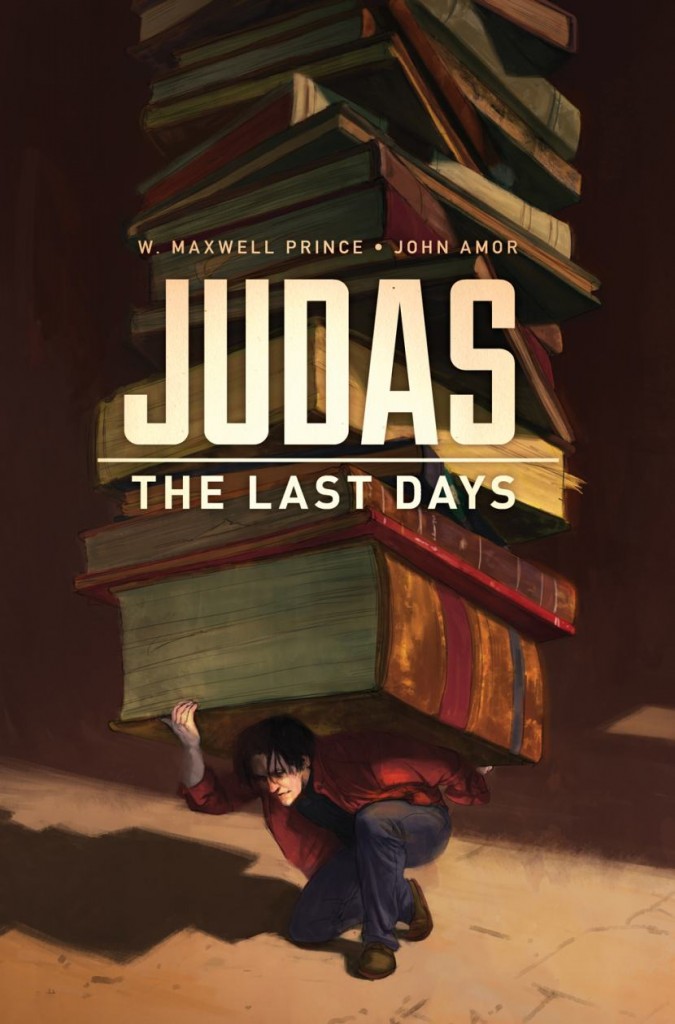 I’ve very much been looking forward to reading this book, every since I saw it in IDW’s solicitations a few months ago. Knowing little about it or the creators save what was in the description, it was one of those books that triggered that vibe I get sometimes that tells me I want to check out a particular book. I was also intrigued enough by the idea of a book exploring a long life of an undying Judas Iscariot to ask the author, William Maxwell Prince, if he would like to do one of our guest Director’s Commentary posts (where we give the space to the creators to talk about their new work in their own words, any way they want), and what he said in his guest post just confirmed my bookselling Spidey sense that I really wanted to read this. I was not disappointed; in fact I found Judas delivered rather more than I was expecting.

“He had forgiven me before the first lie even spilled from my lips. And that only makes it worse… There was this just this way… He concentrated on you, loved you, even at your worse.”

When we first meet Judas, it’s fair to say he is not a terribly happy bunny – his immortality weighs heavily on him, along with his infamous betrayal. Two thousand years of wandering the world since he betrayed Christ, lamenting a world and people who don’t really change, who keep making the same awful mistakes again and again. And he himself, despairing, wishing dearly to simply end it, but he can’t – he can’t die, he doesn’t even bleed, as we find out in several flashbacks to parts of his two millennia history, including, notably, one scene with the infamous Doctor Mengele in the death camps of the Third Reich as he experiments on prisoners (also dovetailing nicely with the well-documented Nazi fascination for occult secrets and their eagerness to gain any powers for their own ends). We soon see him entering a secret place, a hidden library, staffed with gnome-like librarians, who keep all the stories of the peoples of the world, including his. Surely they can tell him how he can simply die? But no, his story is fixed. 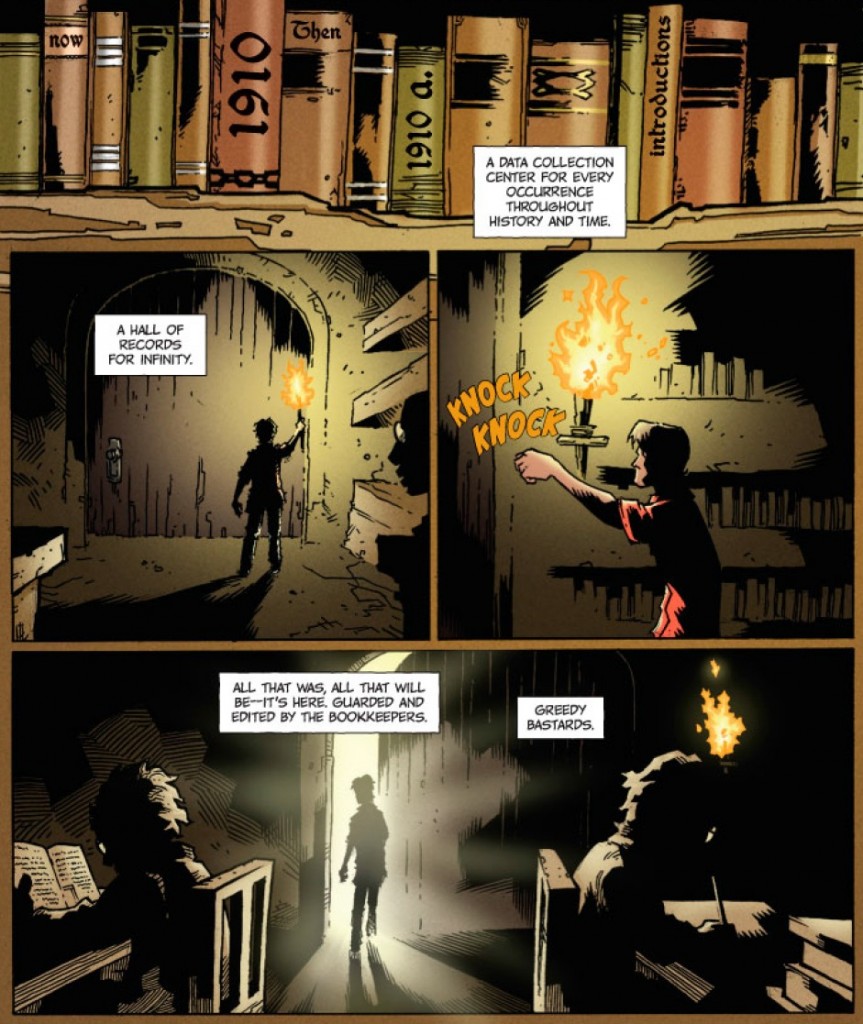 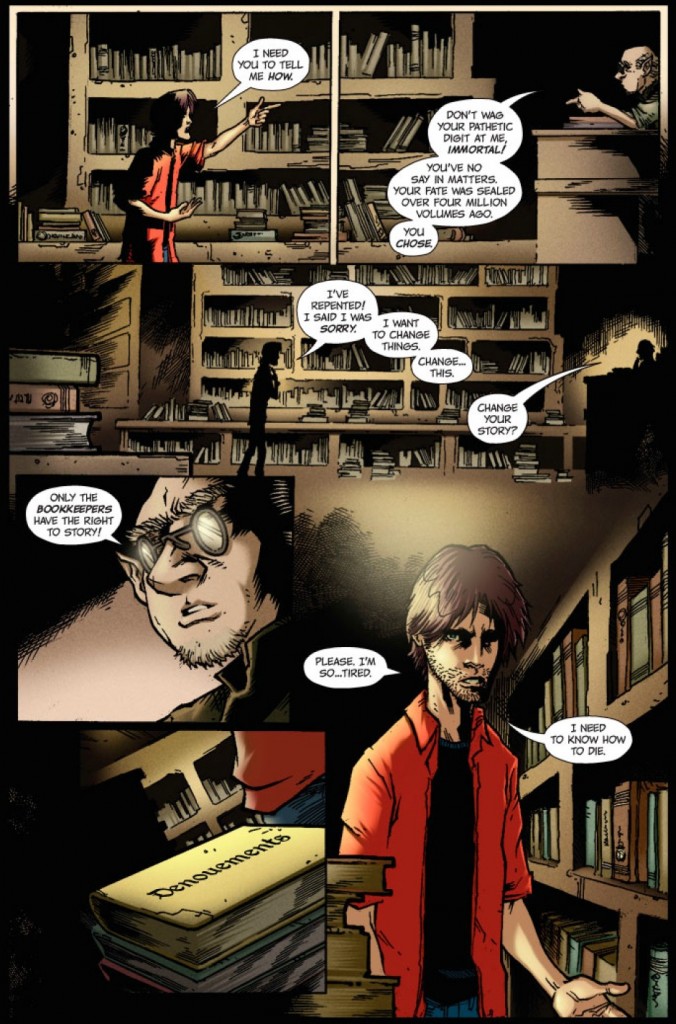 And so he goes to seek out old friends – very old friends, as it turns out. Judas isn’t alone, each of the apostles is also immortal, and each has found a different way to adapt to their unending lives. And spreading the Word, even if that was what they most wanted in the earliest days, doesn’t really seem to figure in most of their lives today. Matthew is a cross-dressing lover of carnal delights (including pimping for demonic and other supernatural beings) and Paul (the Lesser) is a bloated mountain of a man, gorging on food, drink and drugs. Except with his immortal physique he can swallow, snort or inject as many drugs as he wants but never really gets high. And Paul… Well, let’s not spoil anything, other than to say Paul, by his own admission, “loves a pulpit” and prefers a high place from which to preach. Except these days his preaching seems to be more about remaking things in his own view and boy has he picked a high position indeed… And all of them know Judas wants to end his immortal existence. And some of them know that even among twelve immortal disciples he is rather special…

And I’m not going any deeper into the narrative, partly because I don’t want to spoil things but also because discussing the main plot points here wouldn’t really do the book justice; Judas does indeed have a fascinating narrative, but it is really one of those reads to be experienced rather than just absorbing a story. In fact in many ways this is a story about stories, about the world, faith (religious or in another person, or sometimes both), it’s about how some special peoples – some might call prophets or even extensions of a godhead – become so remarkable because they have learned to start seeing the world in a different way. And not just see it in a different way but realising that their thoughts and beliefs, especially shared with others, can alter and change the world, change people, change reality. And that’s a process that never ends, because this is about the power of stories and ideas, and ideas, the truly good, important ones, are not static, the Word is not just what was inscribed on a tablet millennia ago, never to be changed or deviated from, it’s just a tool, a key, a device to help expand your own doors of perception and develop your own ways of seeing a different world. It’s fascinating. 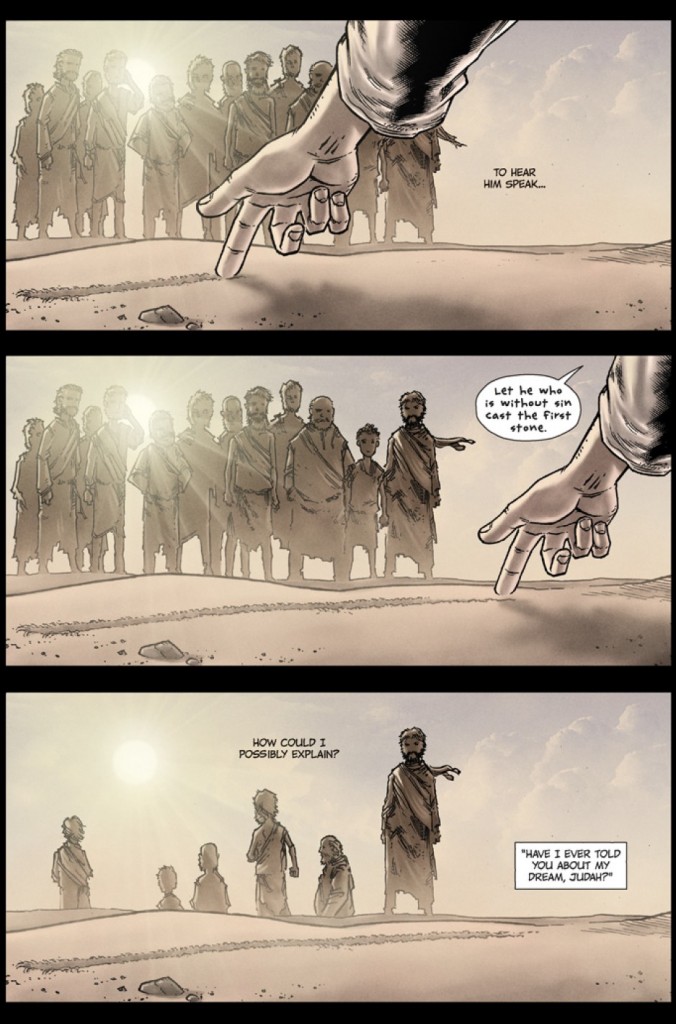 “What if I told you there was no such thing as a truth? That anything, any idea, can be turned on its head and made into something better… A single loaf of bread can be multiplied into infinite pieces. A man can walk on water. You, me, those men you’re after, we can all live forever. You just have to know how to change a story.”

The story manages an intoxicating mixture of religion, philosophy and fantasy, with an added dab of conspiracy theory, and yet I didn’t think it was disrespectful to the source religion, if anything it highlighted the remarkable nature of Jesus and the love the disciples had for him, but also their feelings of loss when he was removed from their presence (and poor Judas, damning himself for his role in that, but at the same time, wasn’t his role a necessary part of that narrative, a requirement to enable this changing shape of the world to the new, better story that The Word promised, to allow Him to be reborn, even more powerful, transfigured?). John Amor has to handle a huge amount of variety in his artwork – Biblical scenes, various other historical scenes, the present day world and some flights of pure fantasy and changing realities, (and he has to keep the main immortal character recognisable in each of those historical segments), a tall order, but one which he pulls off well. It’s a fascinating work, and one which will demand repeated readings (I’ve already found myself going back over it a couple of times), and one of those intriguing books that plants nice little idea seeds in your brain that will tickle away, tantalising your mind. It’s also one of those books where, because it is about the ideas and concepts it is conjuring up in your mind, maddeningly difficult to do justice to in a review, because each person will see those ideas a bit differently. Judas is a book which, I think, will especially appeal to those who enjoyed works like Gaiman’s Sandman, Mignola’s Hellboy and Carey’s Lucifer. Much recommended. 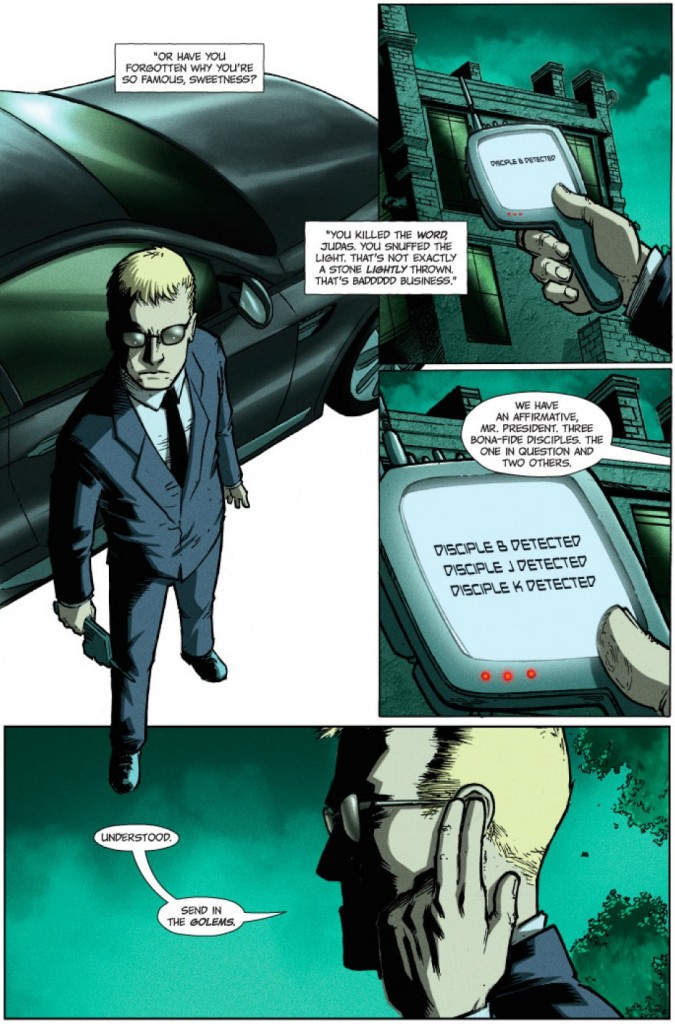