Very windy but sunny and warm day off, met with chum and his old hound, off down to Portobello for a stroll. Despite being a weekday it was still quite busy, when among the folks on the beach, something caught my eye – a woman in a totally white costume, with a white inflatable ring with an animal head around her waist, trotting down the beach, then joined by a man, also in a white costume and clutching an inflatable palm tree. 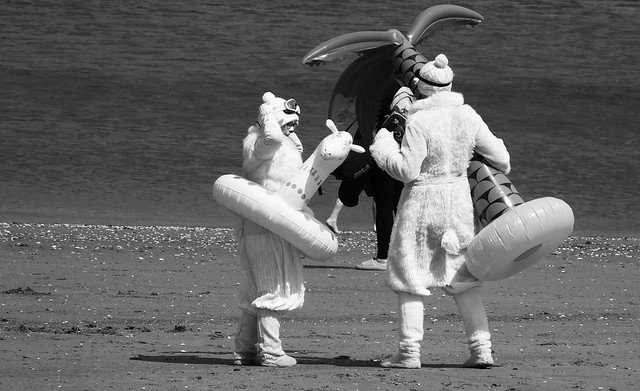 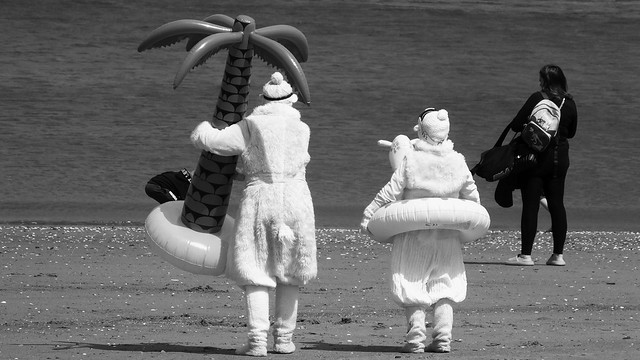 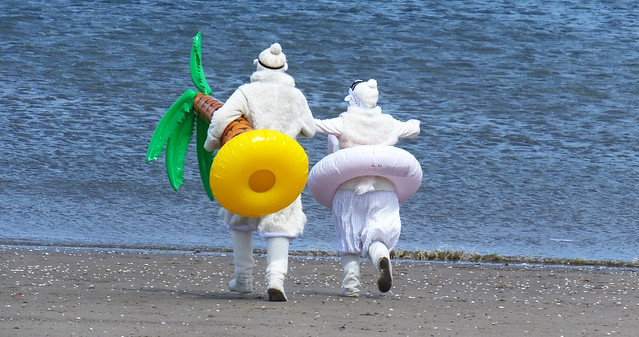 The pair of them then ran down towards the shoreline, where they were joined by another chap with a camera, so I imagine it was some sort of photoshoot, although I have no idea what for. Still, it was a wonderfully odd thing to just come across and grab some pics of – hope their photos for whatever it was come out too. 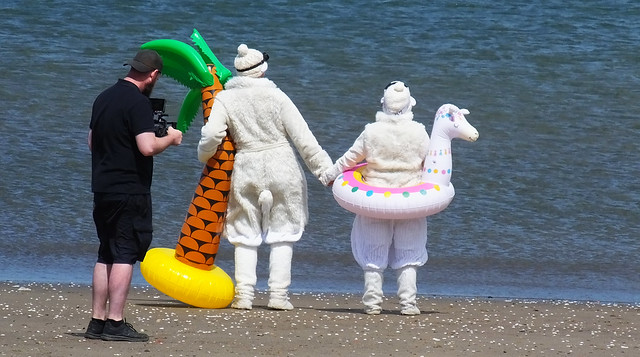 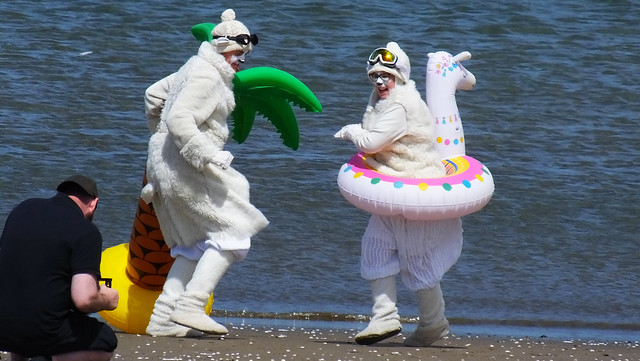 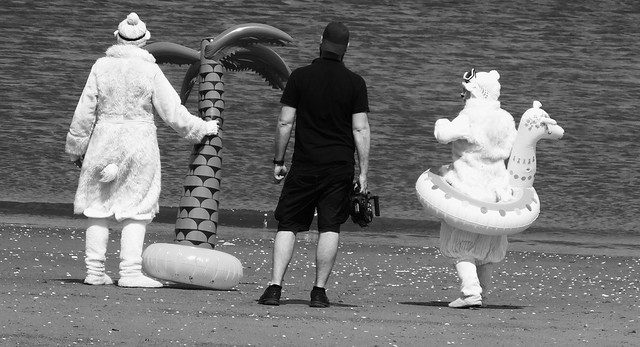 A little further long the beach we spotted something else that was rather delightful: someone had created a wee sculpture of the TARDIS and a Dalek, mounting them on the post of the wooden groynes that run along the beach periodically, to help stabilise the sands. I do love when artists create something like this, then leave it somewhere public so anyone who spots it can enjoy it – certainly made us smile! 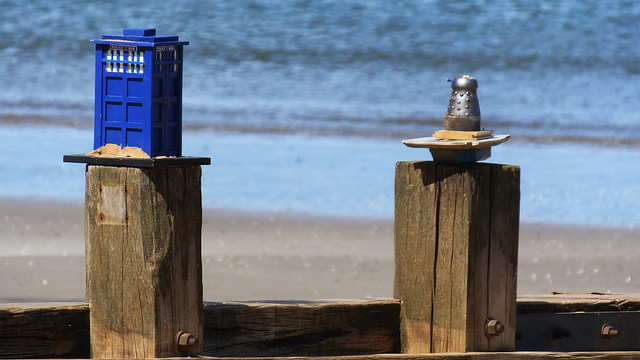 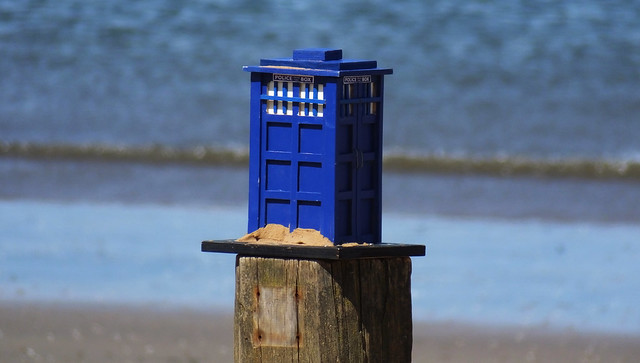