Remember the tiny young cygnets I photographed back in early June, sleeping in their nest among the reeds by the side of the canal near my home? 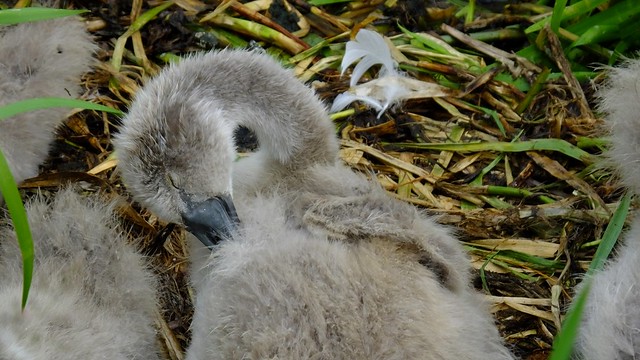 I snapped them again about a month after that, swimming along the canal with their parents, now shedding the adorable fluffball look and starting to grow in their proper feathers: 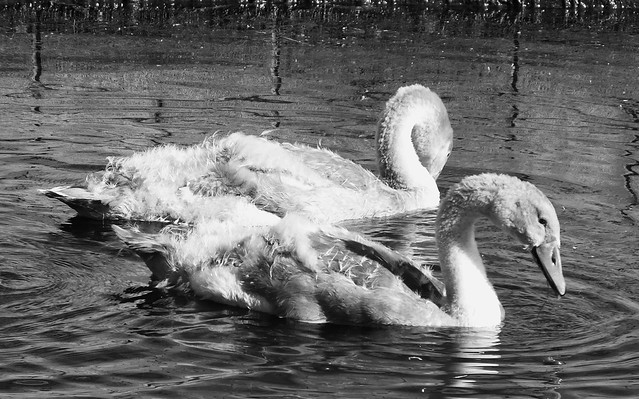 That last one was early July. Tonight I saw the whole Swan Family again as I walked home alongside the canal, one parent and cygnets all snoozing by the side of the canal and on the towpath, while one of the parents kept a watchful eye open: 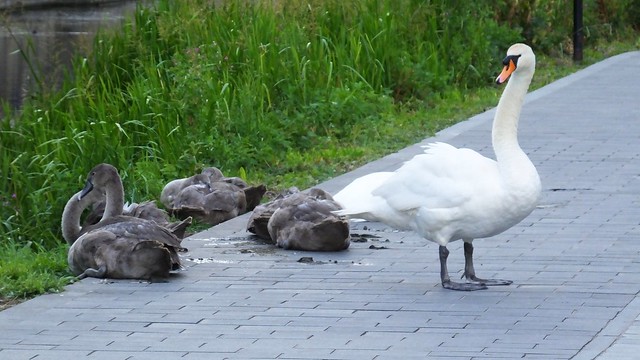 It’s as well one of the parents was on guard duty – most walkers, joggers and cyclists moved over onto the nearby grass to give the birds plenty of space, but one utter arsebag of a cyclist came charging at them full speed, with a “out my way” look on his face, he tried to zip past them only inches away. And the parent swan reared up, huge wings opened up, started hissing and lunged to peck his legs. Frightened the hell out of him, you better believe he finally swerved out the way then. Just pure stupidity and arrogance, he could have avoided them easily. Stupid thing to do, he could have harmed one of the swans, and swans can be quite bad tempered anyway if you get too close, but to do it to one guarding its children is just asking for the swan to have a go at you!

Frankly I’d have happily shoved him and his bike into the canal myself if I could. Anyway, most people passing were more considerate, gave them space and were clearly enjoying seeing such a lovely little natural bit of beauty and wonder. Quite lovely to just see things like this on your walk home in the middle of the city, from tiny, fluffy baby cygnets to rapidly growing youngsters, won’t be long before they are taking wing themselves. 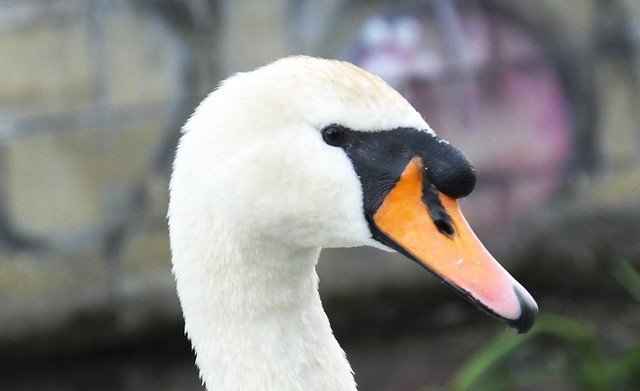 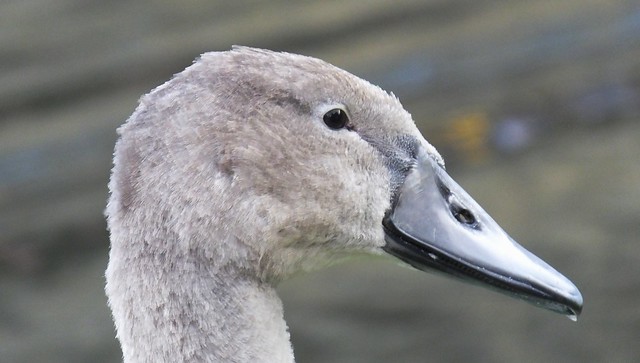 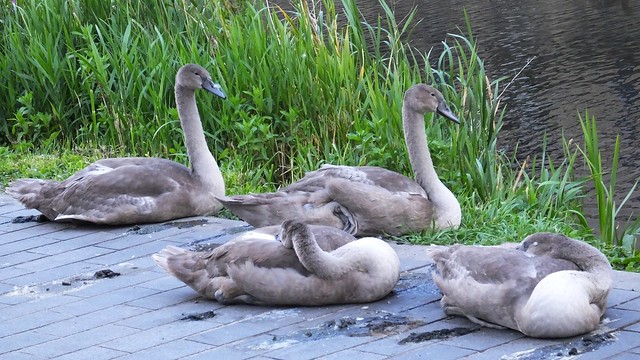 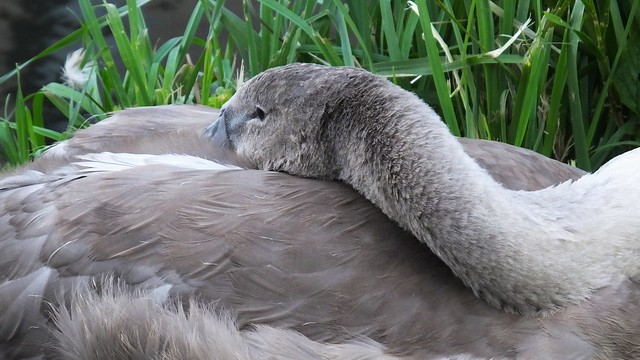